Home » Celebrities » Queen Latifah gets real about healthcare disparities, systemic racism in the U.S.: 'It’s your right to vote and you should treat it as such' 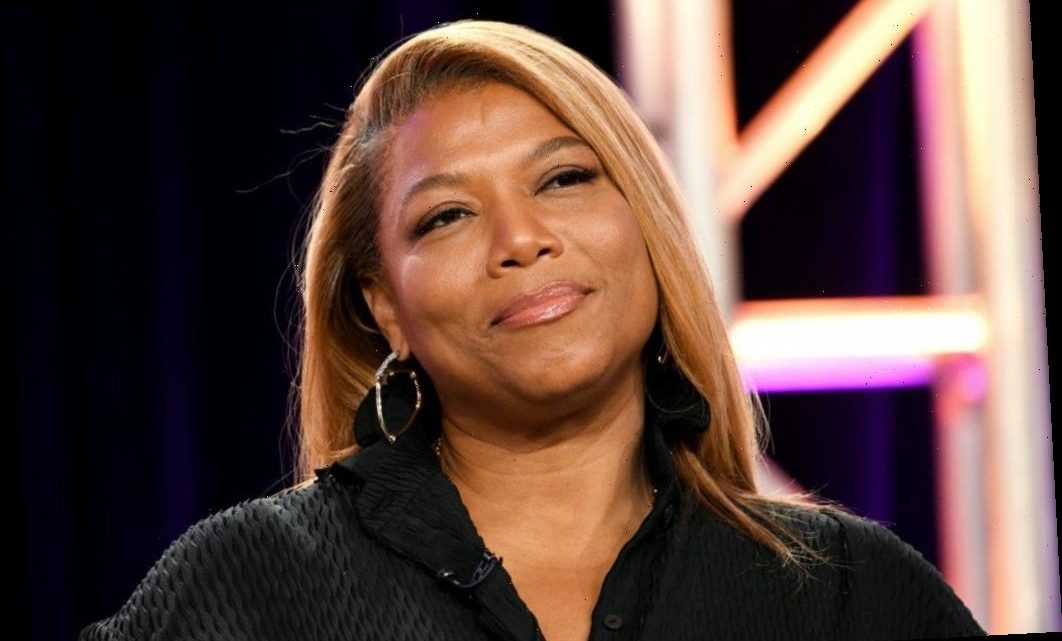 Queen Latifah gets real about healthcare disparities, systemic racism in the U.S.: 'It’s your right to vote and you should treat it as such'

As the United States enters its seventh month of being harrowed by the coronavirus pandemic, there is still uncertainty as to when there will finally be a COVID-19 vaccine and when, if at all, there will be a cure.

A pillar of light in so many of these communities and beyond, the esteemed Queen Latifah is taking a stand in bringing awareness to these healthcare disparities through her work with the American Lung Association.

“No one can deny right now that there are definitely healthcare disparities, systemic racism — it’s been there, it’s out there, we’re talking about it now, we’re seeing it now and hearing the ways that we can make a difference. So many of my white friends or white colleagues are asking me ‘What can we do?’ and one thing is to recognize the reality of it. Your eyes are open now, so here’s one thing you can do — help. Help people in need."

On Saturday, September 26, she'll be hosting the first-ever livestream benefit on Facebook with the ALA called #Act4mpact, which will raise money for the organization's COVID-19 Action Initiative:

“The American Lung Association, who have been fighting for lung health, they’ve been our lung champions for over 100 years, recognized that there was a problem back in April and decided that they needed 25 million dollars to create the COVID-19 Action Initiative,” she explained to AOL. “What it would do is provide free education, cloth masks to those who need it, protect public health by advocating for COVID and flu vaccines in underserved communities of color and it would prevent future outbreaks by investing in respiratory and virus research. “

The event, which aims to raise awareness and visibility to the healthcare disparities in underserved communities of color across the United States, will feature performances and surprises from celebrities such as Harry Connick Jr., Common, Jimmy Fallon, Whoopi Goldberg, Gabrielle Union, Dwyane Wade and many more.

And though entertaining the masses and serving as an activist for communities in need are nothing new for Latifah, this livestream holds a special level of importance to her on a personal level.

The star's mother, Rita Owens, passed away in 2018 due to health complications that she had battled for years.

“My mom, who I lost, had lung issues — she had lung fibrosis and that’s one of the things that COVID-19 causes, scar tissue on the lungs, and you can’t get oxygen through that scar tissue so it makes it harder to breathe,” she explains. “Just talking to some of the doctors that I’ve been basically friends with for years, the doctors and nurses who have treated my mom throughout the years, I’ve never heard this kind of fear in their voices. I’ve never heard this sort of distress. And we’re talking about pulmonary-focused people who deal with this every single day.”

The pandemic has spotlighted the gaps in the U.S. healthcare system, the actress explains, and looking at the ways that different states were or were not prepared for such a massive crisis also shed light on the faults in the political systems that we currently have in place.

"I know so many people who’ve been hurt and touched by the racial difficulties we’ve faced this year," she says. "Our white allies want to know what to do, so many people want to know what to do who are not of color … We're not through 2020 yet. Definitely register to vote. We have to vote, we have to … this is a right. It’s your right to vote and you should treat it as such and jump ahead of it … We have to be America strong — let’s go."

A New Jersey native, Latifah has been spending the pandemic in her home in Los Angeles where she's continued to observe the rising numbers of homelessness and the inability for people on the streets to have access to the care and information that they need.

"We have a huge homelessness problem," she states. "I've been just driving around and giving people bottles of water or giving them hand sanitizers or handing out masks as I see it. I see so many people in distress … I have what I need. I'm fortunate to have that. There are a lot of people out there who do not have that."

Still, the star was impressed with the way that her home state and neighboring New York handled the COVID-19 crisis as it unfolded, and continues to barrel its way through the United States.

“Some states took this very seriously,” the actress tells AOL. “I’m glad New Jersey did, I’m glad New York did — they got hit very hard but took it very seriously. And to be on the West Coast for a lot of that … a lot of people looked at Governor Cuomo over here and [Governor Phil] Murphy to watch what was happening here and how New York was handling [the pandemic] and dealing with it. It was giving a lot of awareness to, I’m sure other parts of the country, but definitely the West Coast. New York is always two weeks ahead of what is happening on the West Coast so everything takes a couple of weeks to get over across the country. New York leads the way in everything.”

Hollywood itself has taken a massive hit, with production on many upcoming films and shows being halted until further notice.

And though Latifah prefers the traditional nature of film, ("There’s nothing like going into a movie theater," she says) the ability of the industry to utilize the massive reach that comes with placing content on streaming platforms like Netflix and Hulu has, in many ways, saved an art form that can't currently survive without it.

This is true of Latifah's upcoming project "The Tiger Rising," a film based on the children's book by Kate DiCamilo, which was originally set to be a theatrical release before the pandemic hit.

The story follows a 10-year-old boy (Christian Convery) who has just lost his mother. The boy stumbles upon a caged tiger in the middle of the woods near his home, owned by an evil motel owner (Dennis Quaid). He enlists the help of a maid (Queen Latifah) and his friend (Madalen Mills) to decide what to do about the caged animal.

“My pastor’s son [Jordan Wagner] was one of the producers on [The Tiger Rising] and he would never normally ask me about anything like that and he was like, ‘I have this project and I don’t know if you’d even consider it,’” the star shares. “Jordan is a smart young guy and his father ran Oasis Church in LA, and that would be one of the churches I would go to to get my spirit right, and so I checked it out.”

The project may seem like an unlikely fit for the actress, but at its thematic core, it fits the bill perfectly.

“Every time I start to map out the things that I’m going to do for the year, I always try to include at least one very positive movie or project in it because I feel like I’ve been very blessed," she explains. "You have to give something positive back out into the world. Sometimes people just need something to lift them up and I like to do all kinds of crazy stuff when it comes to acting and producing but [The Tiger Rising] was the one.”

The film was shot last year, long before the words "coronavirus" or "COVID-19" held any meaning to the average person. But the message that it carries happens to be right on cue, as the film pertains to notions of fried and anxiety and having to make big decisions when there isn't truly a correct answer one way or the other.

"It’s a story about people surviving grief and dealing with grief … I never knew that this was going to happen, that 2020 was going to occur in the way that it has," Latifah tells AOL. "It’s a story about kids surviving grief and surviving disappointment. It’s also about the imagination of children and there’s beauty in this movie, it’s not just a sad movie. It’s very uplifting and empowering and strengthening and it lends to the imagination. It was a great project to be a part of. Dennis Quaid had a blast playing the bad guy — he’s so funny in real life and to watch him turn into the bad guy is just hilarious. I think people are going to enjoy it once it lands wherever it lands."

The actress will also star alongside Adam Sandler as his wife in "Hustler," which is set for a Netflix release later this year.

"I love streaming and I definitely think projects have been able to reach the world because they’re streaming so there’s been a positive in that sense for sure and content has been," she pauses and laughs. "Thank god for it."

#Act4Impact will be livestreamed on Facebook on Saturday, September 26th at 7 p.m. EST. All funds from the event will go directly to the American Lung Association's COVID-19 Action Initiative, which you can donate to at any time here.

'The Brady Bunch's Florence Henderson Needed a Ladder to Mount a Grand Canyon Mule: 'My Saddle Wasn't Dry When I Got Off'
Recent Posts