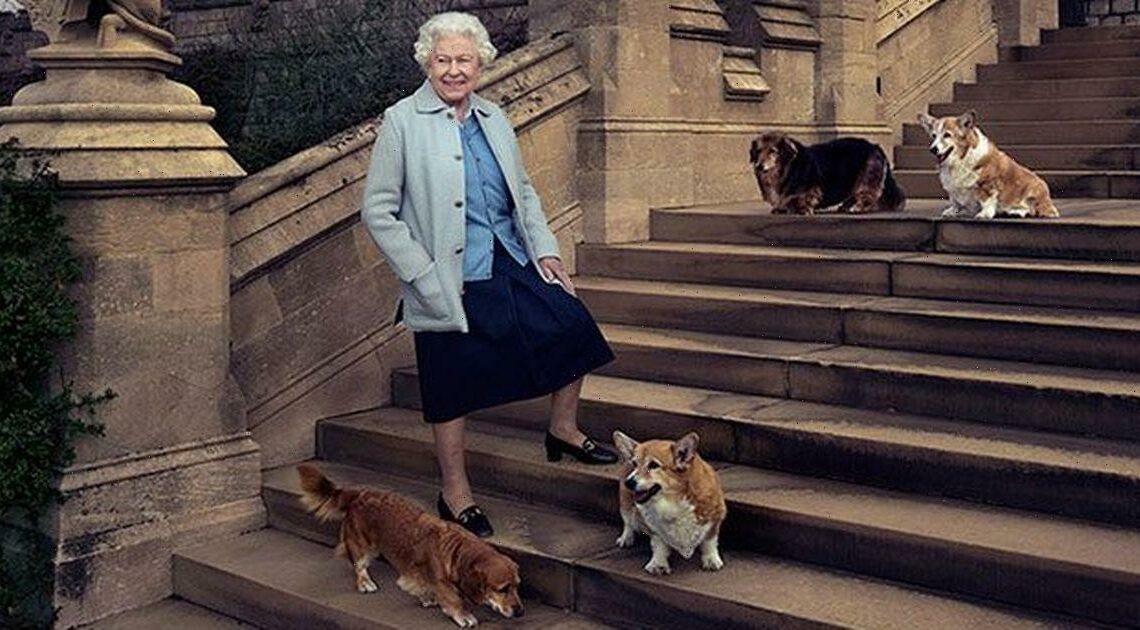 It’s believed that two of the late Queen’s loyal corgis remained by her side in the final hours of her life.

The Daily Mail reported that they were told by Palace sources that Her Majesty’s beloved pets Muick and Sandy, were "with her in the room" at Balmoral, on 8 September.

The two corgis were alsopresent outside the Chapelto say their final goodbyes to Her Majesty, just prior to her Committal service at St George's Chapel, Windsor Castle.

Throughout her long reignQueen Elizabeth IIalways owned at least one corgi, a tradition that continued until her death earlier this month.

Her love of this adorable dog breed started in 1933, when her father gifted his daughters a corgi named Dookie.

The late Queen was later gifted a corgi named Susan for her 18th birthday, from whom many of the monarch’s later pups were descended.

Thelast descendant of Susan, Willow, died in 2018 , however she was certainly not left without canine companionship.

Following Willow’s death the Queen still had corgi Whisper, who died later that year, and two Dorgis Vulcan and Candy, who were product of one of the Queen’s corgis mating with one of the Dachshunds of her sister, the late Princess Margaret.

Vulcan has since passed away, and Candy is believed to have passed just weeks prior to Her Majesty.

And then in 2021, as her late husband, theDuke of Edinburgh,was hospitalised, the Queen was given a pair of corgi puppies, Muick and Fergus.

Following the Queen’s death earlier this month many royal fans were left wondering what would become of her beloved pets.

However, it has since been revealed that Sandy and Muick are set to betaken care of by Prince Andrew and Princess Beatrice, as was agreed when the Queen accepted her last two corgis.

The fate of another of the late Queen’s dogs, Lissy, whose pedigree name is Wolferton Drama, and is the current Kennel Club cocker spaniel gundog champion, has not yet been decided.

Lissy, named after the late Queen, currently lives with her trainer Ian Openshaw. It's thought thatKing Charles IIIwill make a decision on her future in the coming weeks.