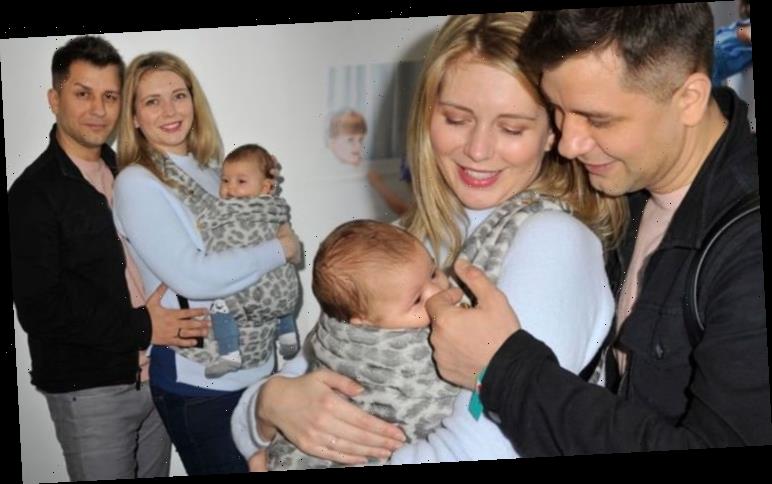 New mum Rachel Riley and her husband, Strictly star Pasha Kovalev, headed to the Baby Show in London yesterday with their 11-week-old baby in tow.

The couple, who were married in Las Vegas last year, welcomed their daughter Maven Aria into the world a few months later at the end of December.

Yesterday, the happy couple looked every inch the proud parents when they posed for pictures with their adorable baby at the ExCel event.

Countdown star Rachel, 34, carried her newborn daughter in a stylish grey baby sling as she made her way around the exhibition.

The TV star dressed her post pregnancy figure in a light blue jumper, skinny jeans and white trainers adorned with a gem-encrusted butterfly.

She wore her hair loose over her shoulders and sported minimal to let her natural beauty shine through.

Professional dancer Pasha, 40, opted for a light pink jumper and grey jeans worn with a dark jacket and carried a leather baby bag over his shoulder. 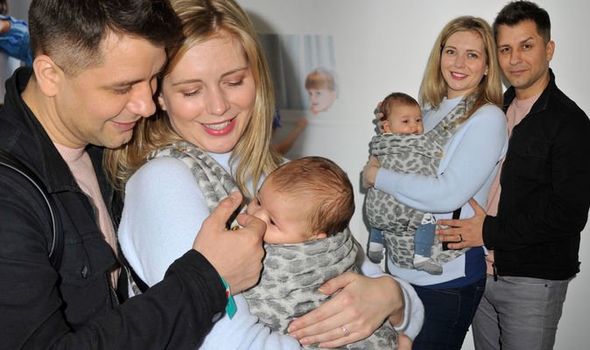 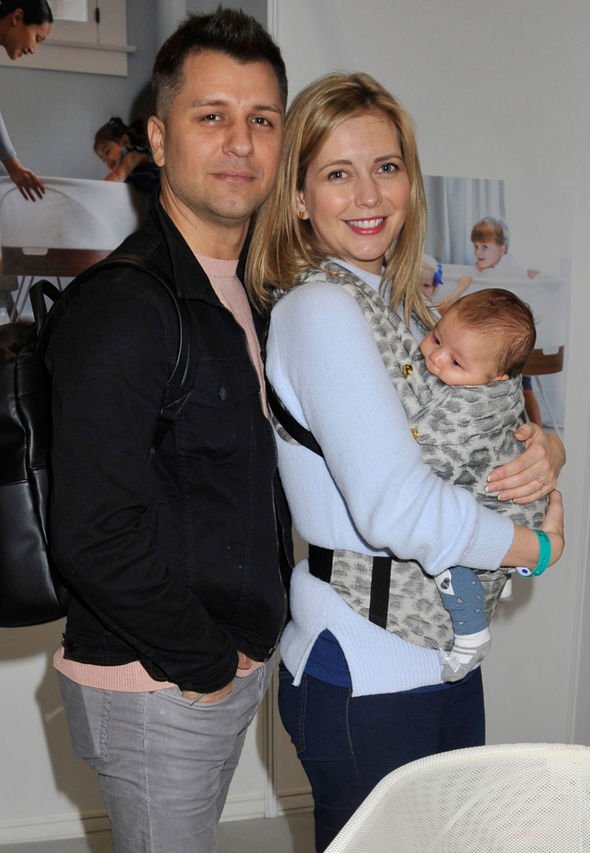 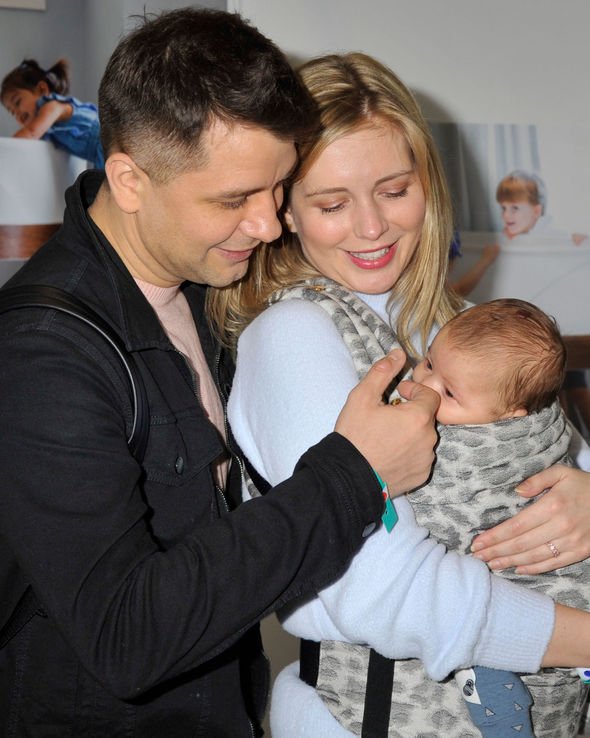 The couple, who met when Rachel appeared on the 2013 series of Strictly Come Dancing, put on a cosy display at the baby event.

The doting duo could be seen staring lovingly at their beautiful baby as they checked out the latest cribs and cots on the market.

Pasha leaned in close to his wife of seven months for a picture and affectionately stroked his daughter’s head.

Earlier in the week, Rachel briefly returned to the Countdown studios for the first time since giving birth to her daughter, to film some upcoming episodes of the popular Channel 4 show. 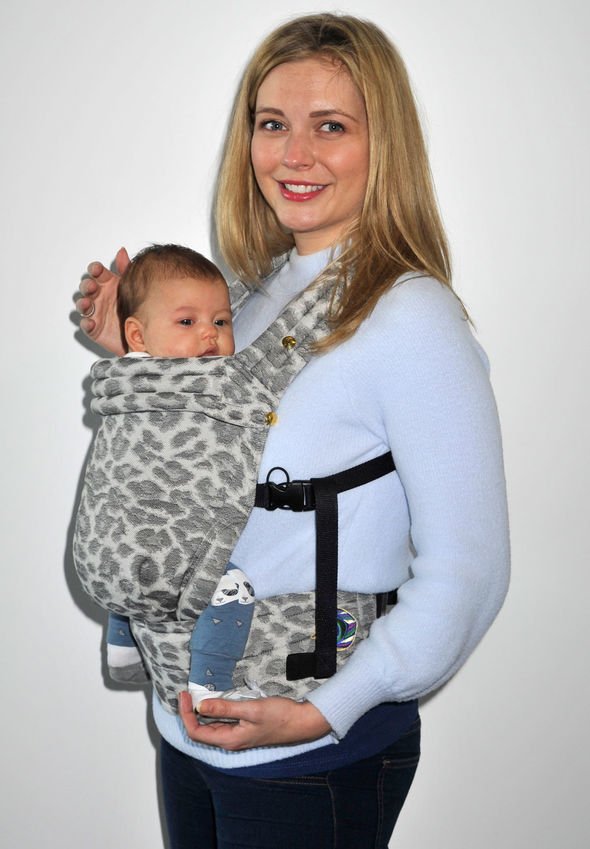 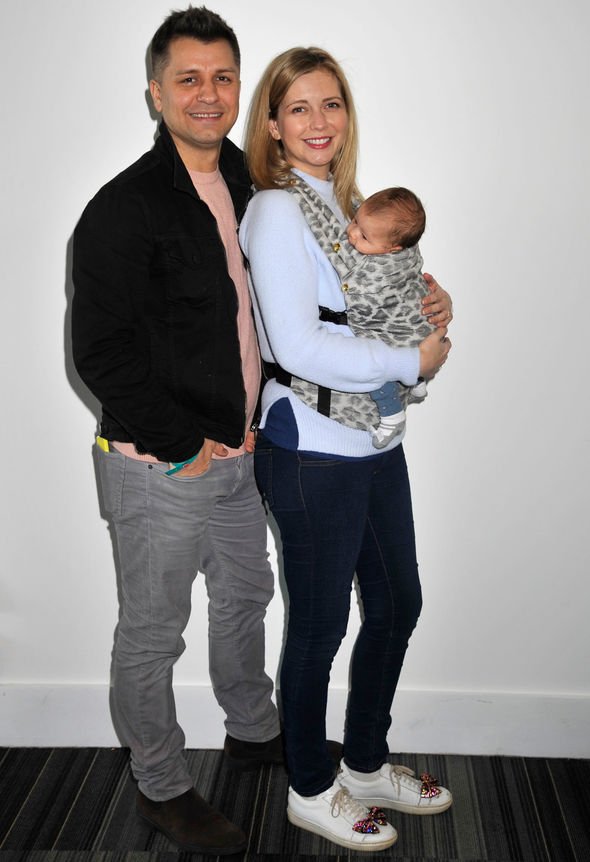 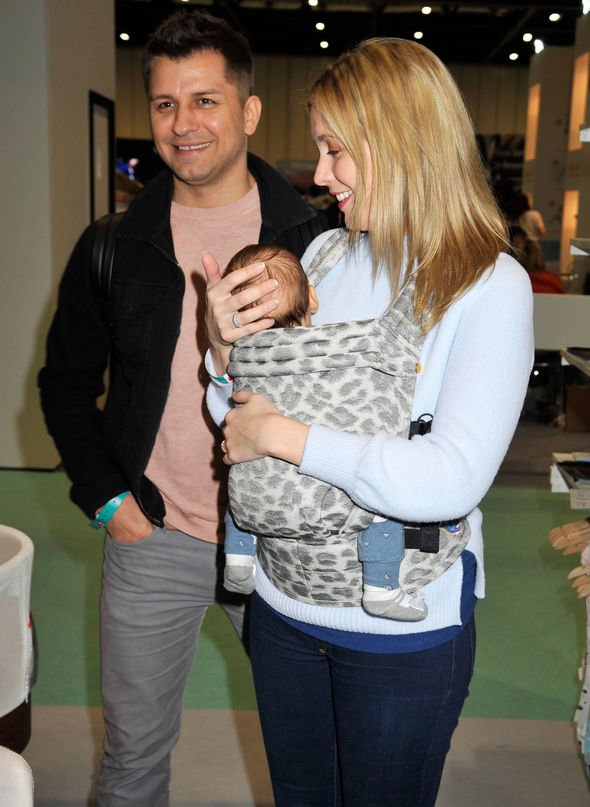 Sharing a picture of the trio in front of the famous Countdown board online, Rachel opened up about being a parent and her “hero” husband.

She told her 470,000 Instagram followers: “First block back at work done and dusted and I can still sum post baby… phew!”

The television star continued: “Mave was busy melting hearts and Pash is a hero… Now back to family time for us, we’re really loving it. #newbaby #proudparents.”

NY Knicks Fire Back At Spike Lee, You're Not A Victim!