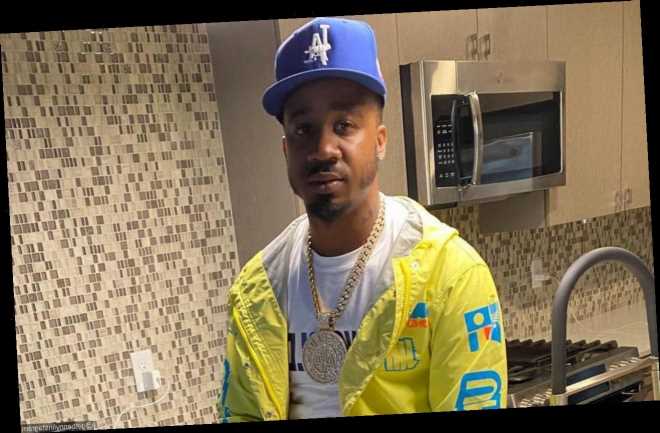 Fellow hip-hop star Wale is wishing the ‘Burden of Proof’ spitter ‘a speedy recovery’ as Benny’s condition is currently unknown after he suffered a gunshot wound on the leg.

AceShowbiz -Another rapper has been involved in a shooting. Benny the Butcher suffered a gunshot on the leg after he was reportedly caught in what sounds like an attempted robbery in Houston on Saturday, November 14.

The New York rapper, born Jeremie Damon Pennick, was visiting a local Walmart with a couple of friends when the incident happened, Houston PD tells TMZ. A car with 5 guys inside pulled up next to the 35-year-old and his entourage when they were inside their car in the parking lot.

The alleged robbers pulled out guns and demanded that Benny and his friends give them their chains. One of the five guys shot the “Burden of Proof” spitter on the leg, apparently feeling that he was taking too long to move.

After the shot was fired, the alleged robbers fled the scene. Benny and his friends initially ran away too, but they eventually pulled over and called the police. They took the member of hip-hop group Griselda to a hospital for treatment.

Benny’s condition is currently unknown. At this time, no suspects have been identified and no one has been arrested, as investigation is still underway.

After learning of the news, Wale has sent his fellow hip-hop star Benny a prayer. “Wishing @BennyBsf a speedy recovery,” he tweeted on Sunday.

On the same day Benny got shot in the attempted robbery, another rapper, Boosie Badazz (Lil Boosie), also became a victim of shooting. The Baton Rogue star was shot in the leg during a trip to Dallas on Saturday.

The 38-year-old and his entourage were fired upon in the parking lot of Big T’s Plaza shopping mall, according to TMZ. He was in town to pay his respects to late rapper Mo3, who was shot and killed on Wednesday.

Boosie had reportedly been driving through Dallas in a Mercedes-Benz Sprinter van before the shooting at the mall and, after shooters opened fire on the vehicle, the musician was struck below the knee and taken to a hospital. His injuries were reported as non life-threatening though.

No suspect has been arrested in the incident as Boosie reportedly has provided little information to police since entering the hospital.