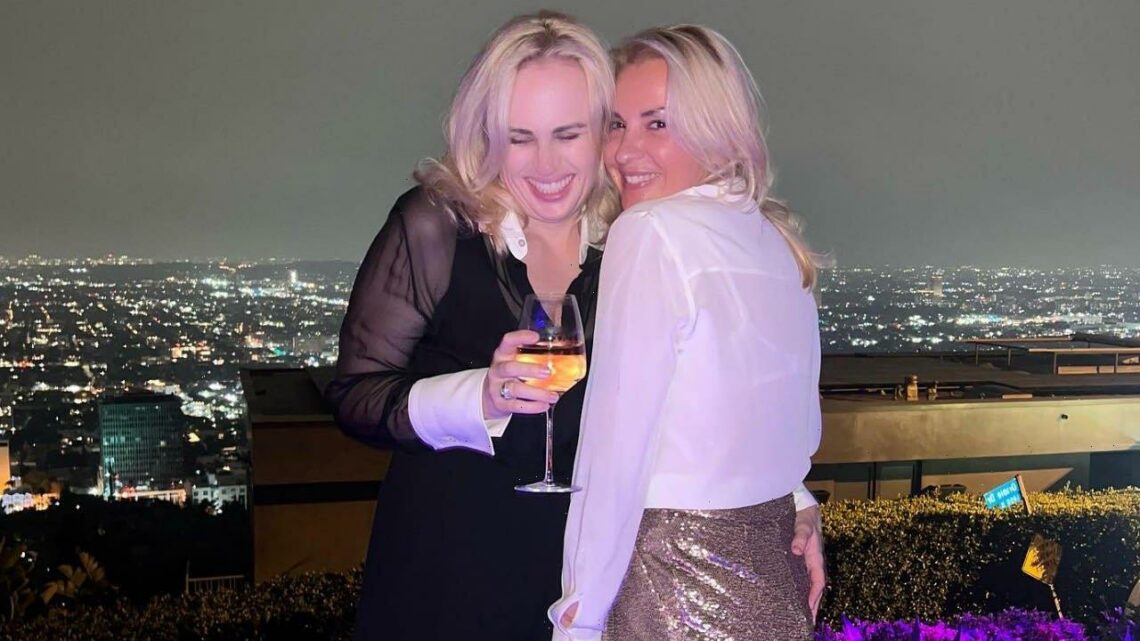 The Fat Amy depicter in the ‘Pitch Perfect’ film series and her girlfriend take their relationship to a whole new level just seven months after becoming an item.

AceShowbiz -Congratulations are in order for Rebel Wilson and Ramona Agruma. The Fat Amy depicter in the “Pitch Perfect” film series and her girlfriend reportedly have gotten engaged seven months after they became an item.

According to Page Six, the 42-year-old and her partner “were abuzz about their recent betrothal at the Casamigos Halloween party.” A source told the outlet, “They were making out in a corner and telling everyone how excited they are to be engaged.”

The source additionally shared that Rebel and Ramona were both wearing “diamond bling on their ring fingers.” It was unveiled that the proposal took place “a couple of weeks ago.”

Rebel first sparked the engagement rumors after posting a cozy Instagram photo of the two sporting the same ring. The “Senior Year” leading lady had one arm around the pretty gal while looking as happy as could be as they stood outside with an epic skyline behind them. “Date night @alexisrael’s 40th!” she captioned the photo.

Rebel also rocked the massive sparkly band when she arrived at the 2nd Annual Academy Museum Gala in Los Angeles on October 15. For the event, she showed off her slimmed-down figure in a romantic velvet dress with lace edging.

Rebel introduced her partner to the world on June 9 by sharing their sweet picture on Instagram. The comedienne herself was previously linked romantically to tennis player Matt Reid, who is also from Australia. She sparked dating rumors with the athlete in December 2021, nearly a year after she split from Jacob Busch.