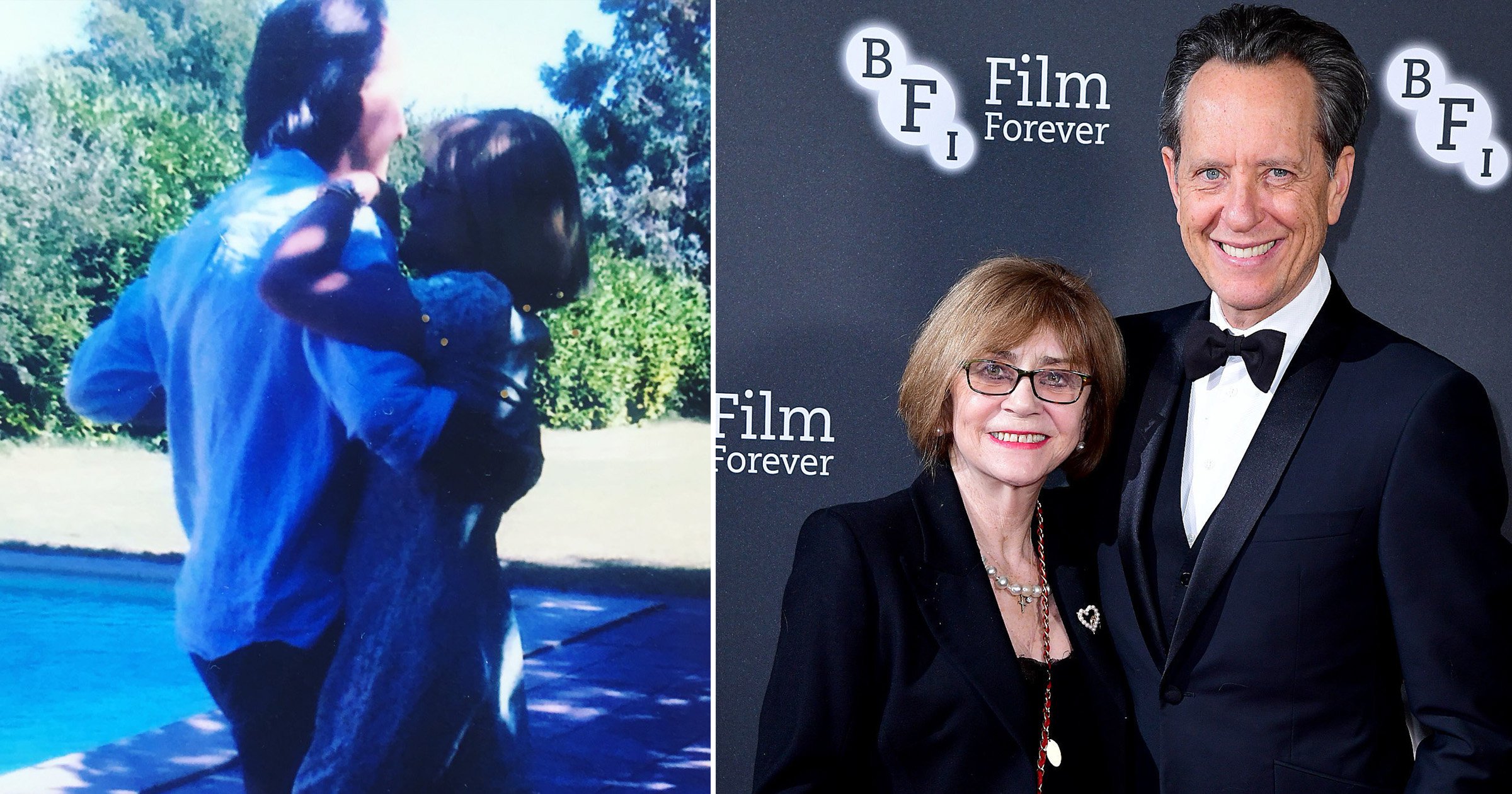 Richard E Grant has thanked the public for its support following the death of his wife Joan Washington, stating he’s ‘overwhelmed’ with the outpouring of love.

In a tweet on Friday, the 64-year-old actor announced that his wife of 35 years had died on Thursday night. A cause of death was not given.

Tributes poured in from Richard’s celebrity friends and fans, with Jessica Chastain and Nigella Lawson among those to share their condolences.

Addressing the reaction to his wife’s death, Richard tweeted on Saturday: ‘Overwhelmed by the messages of love, condolence & support we have received from loved ones & strangers from all over the world & the appreciation from actors Joan taught over the years.

‘Grief hits us like tsunamis as we try and put one foot in front of the other without her.’

The post included fond memories of Richard’s time with Joan, including family trips, sweet photos of him kissing the acting coach and her at work.

The Withnail and I actor had earlier confirmed Joan’s death by sharing a video of them dancing to Only You by The Platters, which ended with them embracing.