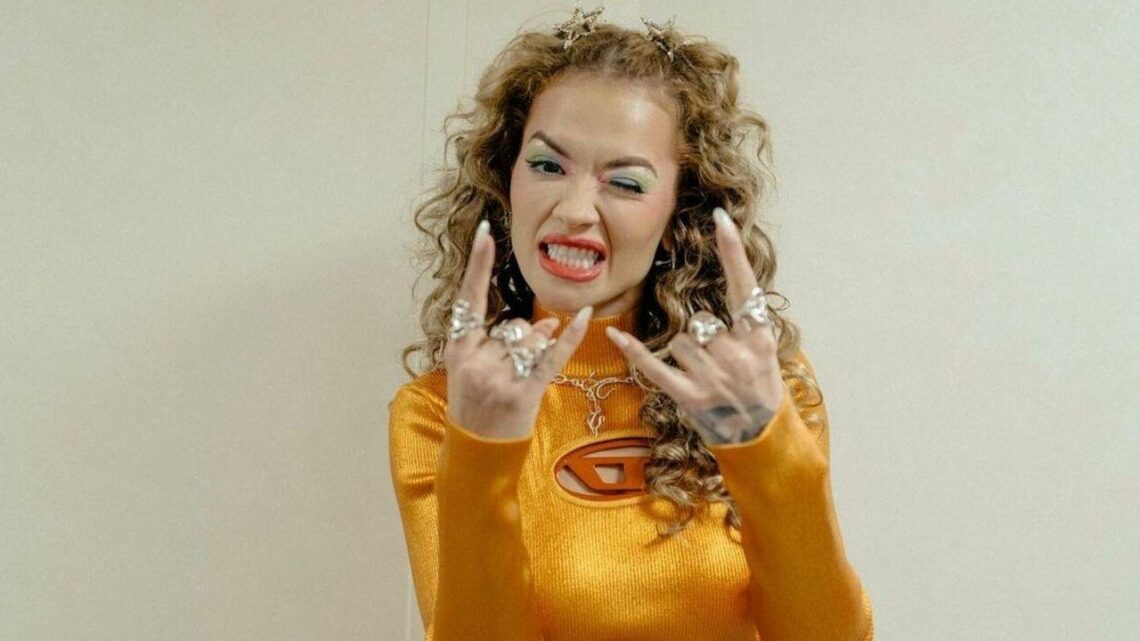 The ‘Hot Right Now’ singer insists her snugging fest with husband Taika and fellow actress Tessa was an innocent one, claiming they just had one too many drinks.

AceShowbiz –Rita Ora has broken silence on rumours she was in a “throuple” with her husband Taika Waititi and actress Tessa Thompson. The singer, 32, and the 47-year-old filmmaker – reported to have got married last summer – became the subject of the claim after they were photographed with “Creed” star Tessa, 39, during a party session, which fans said looked so intimate it looked as if the trio were in a relationship.

“Have you ever been in a situation where you’ve had a lot of drinks and everyone’s your best friend? And then the next day you’re like, ‘I was talking to this person in the smoking area for four hours and I’ve got no idea who they are.’ Literally – that (photograph) was just a bunch of friends having a good time. (Taika and Tessa) had a crazy schedule and everyone was letting loose,” she has now told GQ magazine.

Taika has said about the rumour, “I think in the world of the internet, everything goes away pretty quick.” He added in an interview with the Sydney Morning Herald, “And also, ‘Is it that big a deal?’ No, not really. I was doing nothing wrong. It’s fine.”

Rita also said her life “became better” when she got together with “Jojo Rabbit” director Taika, with whom she had been friends for several years before they embarked on a romantic relationship. Asked how she knew Taika was the right person for her, she added to GQ Hype, “When I didn’t feel a change (from only being friends), like my life just became better.”

“We were really good friends for six years, and I went to Australia and we both had separate jobs, and we didn’t really know that many people out there. It was nice to see a familiar face and our universes just collided. That was it.”

Rita added she had never thought about settling down until she and Taika got together. She said, “It was our bond that made me think, I’m ready to settle down. I never think about things like that because I don’t want to jinx anything.”