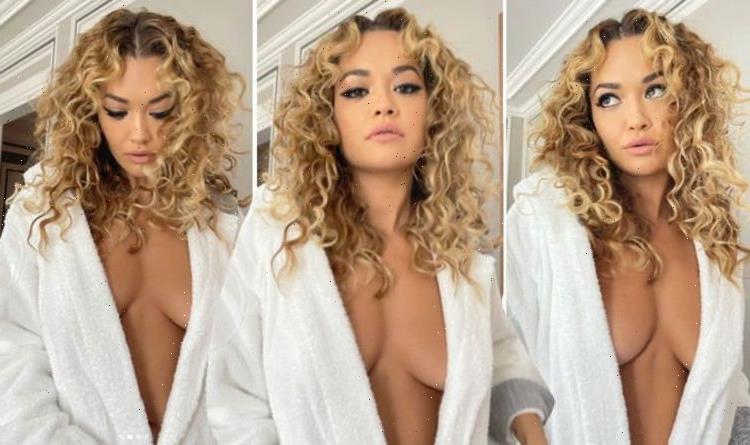 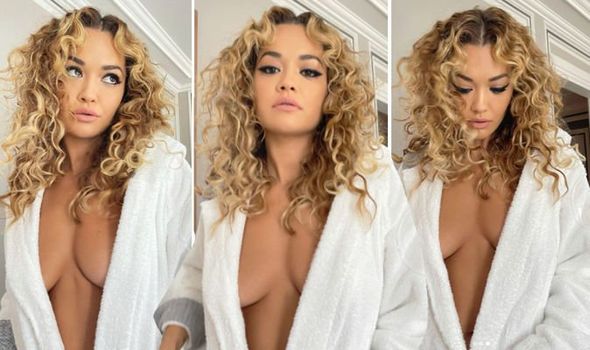 Rita Ora teased fans with a view of her chest as she struck multiple poses with her dressing gown gaped open. The 30-year-old strategically covered her nipples in four sultry snaps, which certainly gathered attention.

In one picture, the singer gave a seductive look to the camera as her chest took centre-stage.

Adding to her look, Rita wore her hair in loose curls, styled in a middle parting.

Rita shared the post to thank her fans for their support following her time as a coach on Australia’s The Voice.

In view of her 16 million followers, she wrote: “Thank you all so much for the love.

“I’m so glad you’re all loving @thevoiceau there is so much talent I can’t wait for you to see!!!

“Love my Australian Rita Bots so much!!!! Can’t wait to go back.”

A second added: “You are flawless.”

A third commented: “You are so pretty.”

The singer stunned in a figure-hugging blue sequinned dress which she wore with heels.

In one picture, she was seen posing up a storm while sat in her studio chair.

On Sunday night’s premiere of the show, the I Will Never Let You Down hitmaker gave her opinion on Vegemite.

“This is a welcome to Australia gift,” Guy said as he handed her a white box.

After tasting the food spread, she said: ‘It’s a little sour isn’t it?”

Australian fans were quick to comment on her reaction on social media.

One wrote: “Rita Ora had the best reaction to Vegemite of any international guest. She is officially a honourably [sic] Australian citizen now.”

Another added: “Rita Ora is now a happy little Vegemite.”