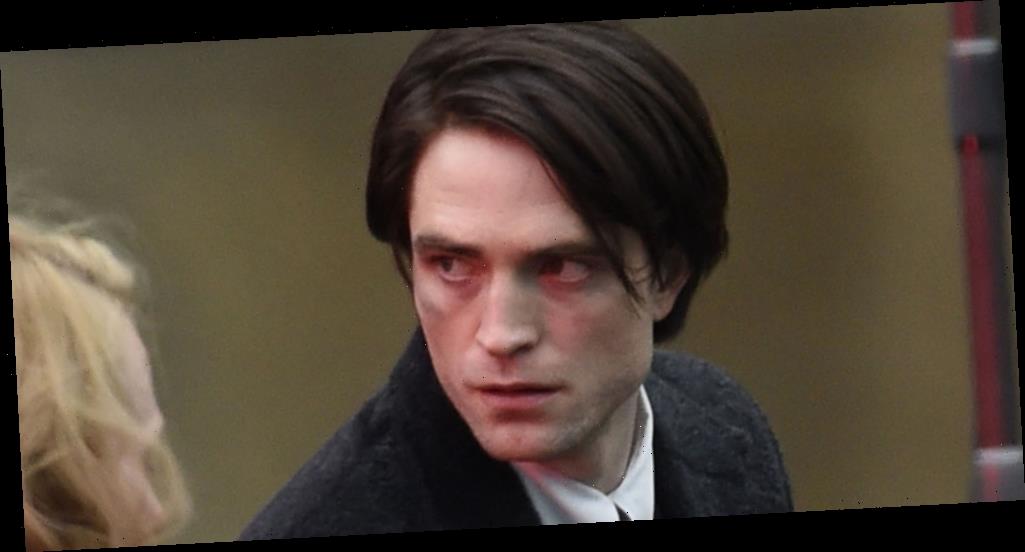 Robert Pattinson looks glum while getting back into action as Bruce Wayne while filming scenes for The Batman in Liverpool, England on Wednesday afternoon (October 14).

The 34-year-old actor donned his oversized suit and tie as he filmed alongside Zoe Kravitz (Selina Kyle/Catwoman) and an unrecognizable Colin Farrell (The Penguin) as they shot was seemed to be a funeral scene.

PHOTOS: Check out the latest pics of Robert Pattinson

The three actors shot the scene a few times and Robert was spotted getting his makeup touched up by a crew member in a mask.

Earlier in the week, Robert was seen in the iconic Batsuit and racing around on the motorcycle the night crusader owns.

The Batman is currently set for release on March 4, 2022 after being postponed due to the COVID-19 pandemic. The film was originally going to be released in 2021.

10+ pictures inside of Robert Pattinson, Zoe Kravitz and Colin Farrell on the set of The Batman…