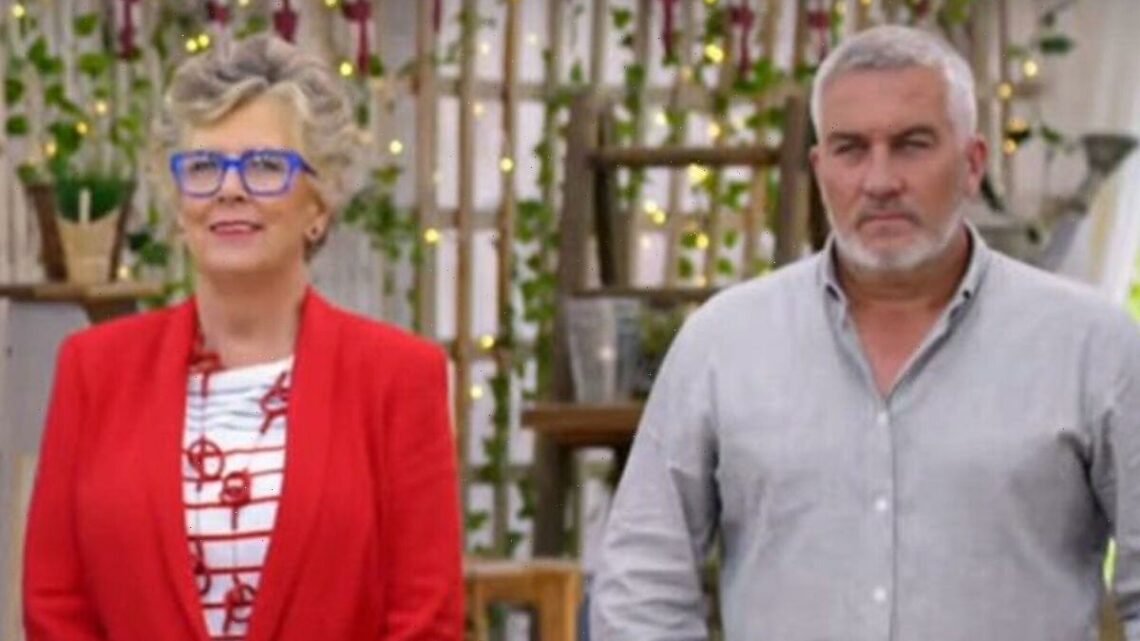 Paul Hollywood saying that he winds up Prue Leith

Rosemary Shrager has said she would be up for being a judge on The Great British Bake Off, but doesn’t believe Prue Leith, 82, will be stepping down anytime soon. The latter has been judging amatuer bakers alongside Paul Hollywood since she joined the show five years ago.

Speaking exclusively to Express.co.uk, Rosemary, 71, said she would “love” to be a part of the show in the future.

The chef believes she’d be a perfect fit as she claimed it wasn’t about “being clever” but instead knowing “how things should work”.

She explained: “The thing is when you’ve been around a long time, you’ve seen a lot, you know what’s [going] on and how things should work.

“It’s experience, it’s all down to experience. I honestly think, you know, I’ve got the experience.

“I’d love to, but like Prue, I mean, she’s a friend, she’s brilliant but I doubt she’ll want to give up that role.”

Rosemary went on to say she thinks the annual programme is a “really good show”.

The chef knows all too well about judging aspiring cooks, following her stints on Soapstar Superchef, Chopping Block and Culinary Genius.

Most recently, she was a judge on BBC show The Big Family Cooking Showdown, alongside Giorgio Locatelli, in 2017.

Earlier this year, Prue admitted she feared being “cancelled” following her remarks about calories.

After biting into a contestant’s biscuit on the show last year, she told them the outcome was “worth the calories”.

In a later interview with the Mail Online, she added: “It does sound like me. Being cancelled because I said something.

“I’ve had to stop doing it because everyone gets so upset and actually I think it’s all too ridiculous.

“But I think the world will stop being silly.

“The really good charity called Beat which is something about eating disorders, they say it’s fat-shaming and it makes people feel guilty about themselves which is obviously not what I mean.

“Of course, you don’t want to offend people and, of course, it’s important that overweight people don’t feel like that so I’ve stopped doing that but if you have any sense of humour, you’ll know that I didn’t mean to be… I’ve got to be tactful.”

Tonight, the remaining four contestants will battle it out in the semi-final.

As part of patisserie week, they will be challenged to create beautiful pastries, sweets and light cakes as well as mini Charlottes for the signature task.

For the showstopper, the baking hopefuls will try their best at making a Swedish wedding cake.

The Great British Bake Off continues tonight at 8pm on Channel 4.

‘Dancing With the Stars’ Semi-Finalists Revealed After Double Elimination