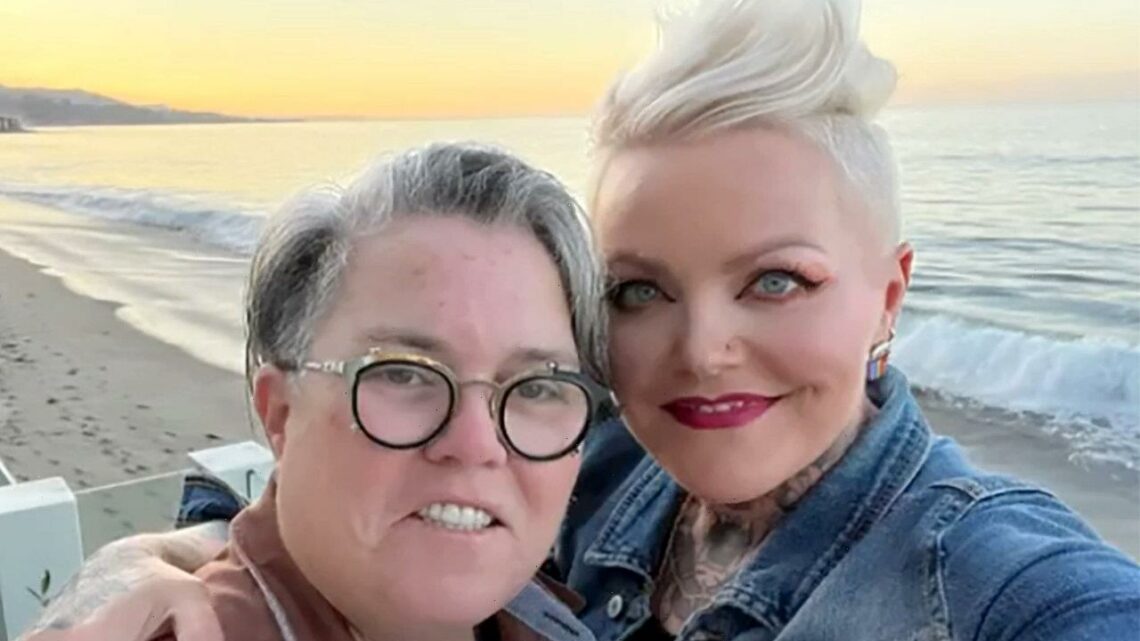 While giving a shout-out to Aimee Hauer on her 44th birthday, the Daytime Emmy winner shares a video montage that includes pictures of the therapist showing off a fresh ink of ‘R’ on her arm.

AceShowbiz –Rosie O’Donnell has forever been preserved on Aimee Hauer’s arm. Just days after they made their red carpet debut as a couple, it has been revealed that Aimee has got herself a tattoo in honor of the comedian.

The tattoo was unveiled in Rosie’s birthday tribute to her new girlfriend. Giving a social media shout-out to Aimee on Thursday, July 21, the former host of “The Rosie O’Donnell Show” posted on her TikTok and Instagram page a video montage of the 44-year-old therapist.

The video, which is set to the song “Walking on Sunshine”, includes photos of Aimee showing off her fresh tattoo of “R”, Rosie’s initial, on her arm while she sat on a bed with a smile on her face. “Happy Birthday Beautiful,” the actress simply captioned it.

Rosie and Aimee first confirmed their relationship in June. Making use of Pride Month, the 60-year-old star shared a sweet selfie of the two of them, which was apparently first posted on Aimee’s own Instagram page. “Happy PRIDE!!” Aimee captioned the snap on her account, while Rosie left hers captionless.

It’s unknown how long they have been together, but the pair took their relationship to a new level as they made their first red carpet appearance as a couple during Saturday’s Stand Up for Friendly House comedy benefit at the Fonda Theatre in Los Angeles. Posing on the red carpet, the lovebirds were not hesitant to show PDA as they wrapped their arms around each other with Rosie resting her head on her girlfriend’s shoulder.

Prior to the event, the pair hung out with Kathy Griffin and Rosanna Arquette last week as they prepared for Saturday’s show. “Oh yes,” Rosie captioned a photo of the four of them at her Malibu home.

Before dating Aimee, Rosie, who came out as gay in 2002, was engaged to police officer Elizabeth Rooney until their split in 2019. She shares children Parker, 26, Chelsea, 24, Blake, 22, and Vivienne, 19 with her first wife Kelli Carpenter, and 9-year-old Dakota with her second wife Michelle Rounds.

Prince Harry faces calls to be stripped of royal titles Cant have your cake and eat it!