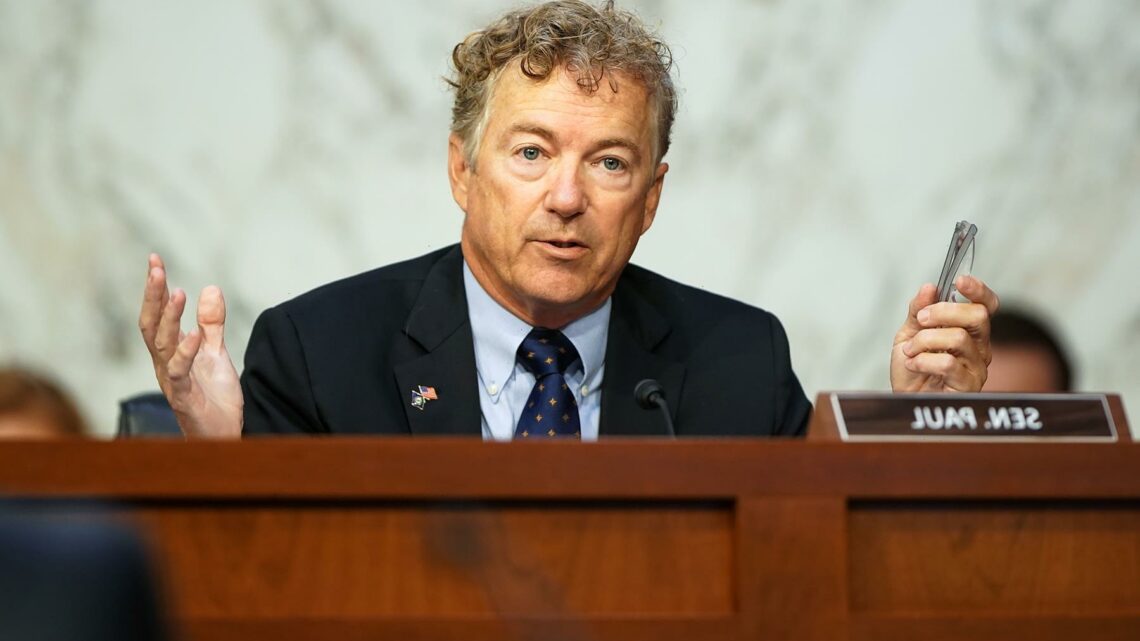 Why Rumble? Adored by the far-right, Rumble is a Canadian video-sharing platform that launched in 2013 but saw serious growth during the Covid-19 pandemic: The company’s monthly viewership soared from 1.6 million users in fall 2020 to 31.9 million by the end of 2021’s first quarter. It’s a bit of a mishmash of viral clips of cute animals doing funny things, political commentary, and conspiracy theories about where society is headed.

The Private Lives of Liza Minnelli (The Rainbow Ends Here)

Although anti-vaccine propaganda runs rampant on Rumble, as does liberal disdain, it labels itself as a “neutral” platform, and it just keeps getting bigger. In May, Narya Capital invested in Rumble; Narya was co-founded by German-American billionaire Peter Thiel — the Republican venture capitalist who co-founded PayPal, invested early in Facebook, and spent millions to fund Hulk Hogan’s bankrupting lawsuits against Gawker — and author J.D. Vance, who followed up his memoir Hillbilly Elegy with a run for the Ohio Senate seat on a far-right ticket. Colt Ventures, the family office of former Trump adviser Darren Blanton, also invested at that time, according to the Wall Street Journal.

Former Trump administration lawyer Michael Ellis joined Rumble as its general counsel and corporate secretary in November. Around the same time, Russell Brand gave the platform a celebrity boost, coming aboard as a creator and agreeing to give the platform first access to all of his videos, as well as exclusive content.

On Dec. 1, Rumble announced plans to go public and claimed to be valued at $2.1 billion. “Rumble is designed to be the rails and independent infrastructure that is immune to cancel culture,” CEO Chris Pavlovski said in a press release about joining with NASDAQ. “We are a movement that does not stifle, censor, or punish creativity and believe everyone benefits from access to a neutral network with diverse ideas and opinions.” On December 14th, Donald Trump announced that his work-in-progress social media app, Truth Social, had partnered with Rumble.

Though Rumble is all about a “free and open” Internet, as Pavlovski would go on to say in his statement, it did threaten to sue another YouTube competitor, Odysee, over a tweet that alleged Rumble misled its investors. While Odysee withdrew the statement in question as requested, it then posted what appears to be a screenshot of the cease-and-desist and tweeting again: “We are very sorry for suggesting that Rumble would ever fake traffic to mislead their investors. There is nothing suspicious about their average user leaving after only 1 minute despite it being a website for long-form video content. We retract our prior tweet.”

Now, Rumble is not the first social media platform to say they prioritize free speech over everything else, as Yotam Ophir — an assistant professor in University at Buffalo’s communication department — points out. “Even Reddit kind of started as a company that tries to break the rules and get censorship off the map — you know, until Charlottesville, which pushed reality back in their faces,” he says. “We’ve seen it before and it usually ends badly.” He brings up the likes of Parler and Gab, which lean heavily to the right. “I’m getting tired of hearing about all those freedom of speech heroes that are going to open the new platform that changes the rules — only to learn a month from now that they can’t actually do it because the lawsuits will start coming in, the public pressure will start coming in, and advertisers won’t want to stay on a platform that’s full of hate speech and misinformation.”

Rumble’s terms and conditions do state that the platform doesn’t allow for videos that incite violence and utilize hate speech, but it’s unclear how loose their definitions may be and how strict they are about such moderation.

When asked how Rumble polices the spread of misinformation, particularly misinformation regarding vaccines and Qanon theories, a Rumble representative responded to Rolling Stone with an email that sort of skirts around the question. “Unlike other platforms, Rumble doesn’t amplify content by sharing it with groups outside of your followers,” they write. “Instead, we use a chronological feed that treats all uploads equally. This design removes the incentive to produce and amplify extreme content to gain views. In addition to our terms, we believe this approach creates a healthier society without resorting to editorial restrictions on content we disagree with. When a video posted on Rumble gets significant views (more than the follower count), in nearly all cases, it is not because of our platform but because people share the content on other websites and platforms. These platforms have algorithms incentivizing engagement and amplify content to a wider audience.”

The chronological approach may be valid. However, Rumble does have a trending section, which must operate via some sort of algorithm. Moreover, as Ophir mentions, Twitter, Instagram, and Facebook all started with chronological feeds. “When you had 10 friends, you pretty much saw everything they did,” he recalls. “But when you follow 45,000 people, you cant see everything that’s happening.” He predicts that Rumble will be forced to adapt as it grows. That’s when matters may snowball even more — or the whole thing falls apart.

So, what’s the solution? Ophir hopes for regulation. “I don’t think that private companies should be responsible for moderating content and censoring misinformation. That’s not their job. They’re not able to do that. They’re not motivated to do that. And this isn’t limited to Rumble. It’s true for Facebook and Twitter too. Private companies only have one goal in mind: They want to make money. So, we can’t ask them to be guardians of information and integrity. It doesn’t make sense. Every time those motivations are in conflict, those companies keep choosing profit over public safety.”

Ophir explains that these platforms “sneak through the cracks” of FCC involvement by identifying as tech companies instead of media and news sources, which he finds laughable at this point. “The legal system is still like 30 years behind,” he says. “We’re still treating the Internet like it’s 1995. It’s not. Social media is now the biggest thing in the world.”

Social Media Shopping Is Expected To Reach $1.2 Trillion USD by 2025, According to Report
Recent Posts