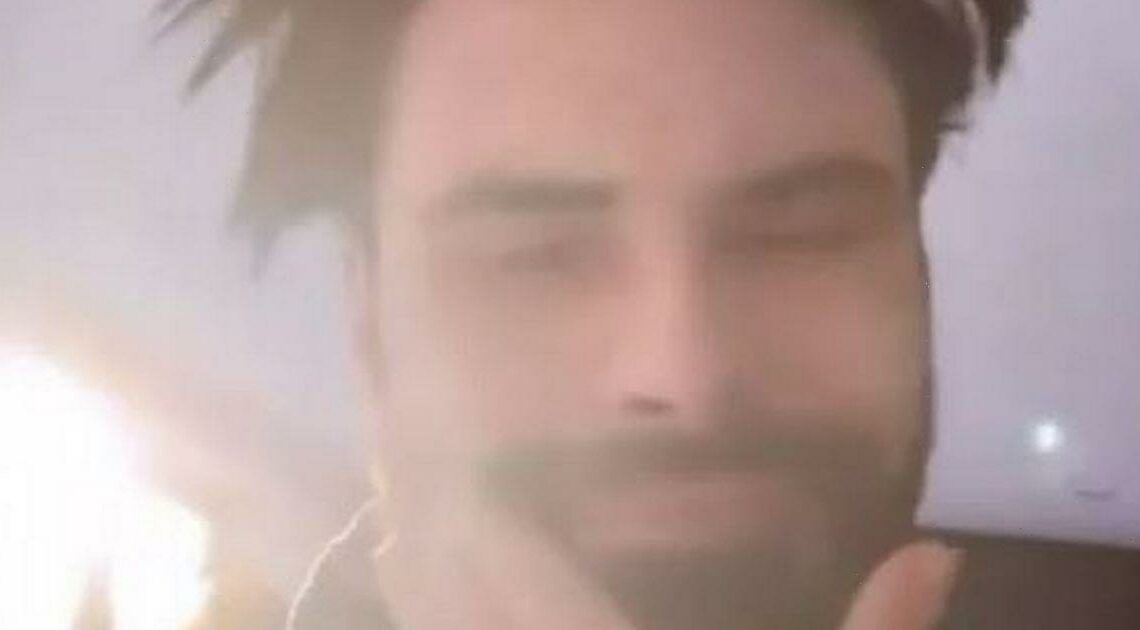 Rylan Clark took to his Instagram to highlight his swollen face after having his famous veneers removed.

Last week, the 33 year old stunned his social media followers after revealing his decision to ditch his pearly veneers after eight years with a new bright white smile.

And taking to his Instagram Story on Wednesday, the former X Factor star, who recently said he's had enough of "bad vibes", gave fans a glimpse of his puffy jaw with a short clip.

The Strictly Come Dancing: It Takes Two presenter was seen sporting messy locks as he rubbed his cheeks in the video, which he entitled "swollen".

Taking to Twitter a few days earlier to announce the bombshell news, Rylan wrote: "After 8 years. It hurts so much, but sometimes you just have to let go.

"I've taken the decision to say goodbye… to my teeth," he concluded.

"New smile imminent," the star then teased, hinting at a completely different shade with his natural teeth.

The former X Factor contestant was then flooded with comments from friends and fans saying they were ecstatic to hear the news.

In a separate post, Rylan confirmed he was having the treatment done by Dr Richard Marques as he tagged the cosmetic dentist.

Rylan reportedly splashed out an eye-watering £25,000 for his teeth years earlier. However, he has previously expressed regret over them.

"My biggest mistake was my teeth, but, to be fair, they've earned me a lot of money," he told Bang Showbiz in 2016.

It comes as the popular presenter could be set to add another major career achievement to his CV as he's hotly-tipped to be in the running to replace Eamonn Holmes on This Morning, after it was reported that the Irish presenter would be leaving his slot to head up his own show on GB News.

An ITV source exclusively told OK! that the daytime TV hit's viewers "love" Rylan's particular brand of humour and would be thrilled if he returned for a slot.

"In a dream world, they'd also love Rylan to come back," the insider explained.

"He's a big hit with viewers and had a great rapport with Rochelle Humes when they presented the show together in 2019.

Cancer: The 'fleeting' symptom you should always get checked out – and 5 other signs to look out for
Recent Posts