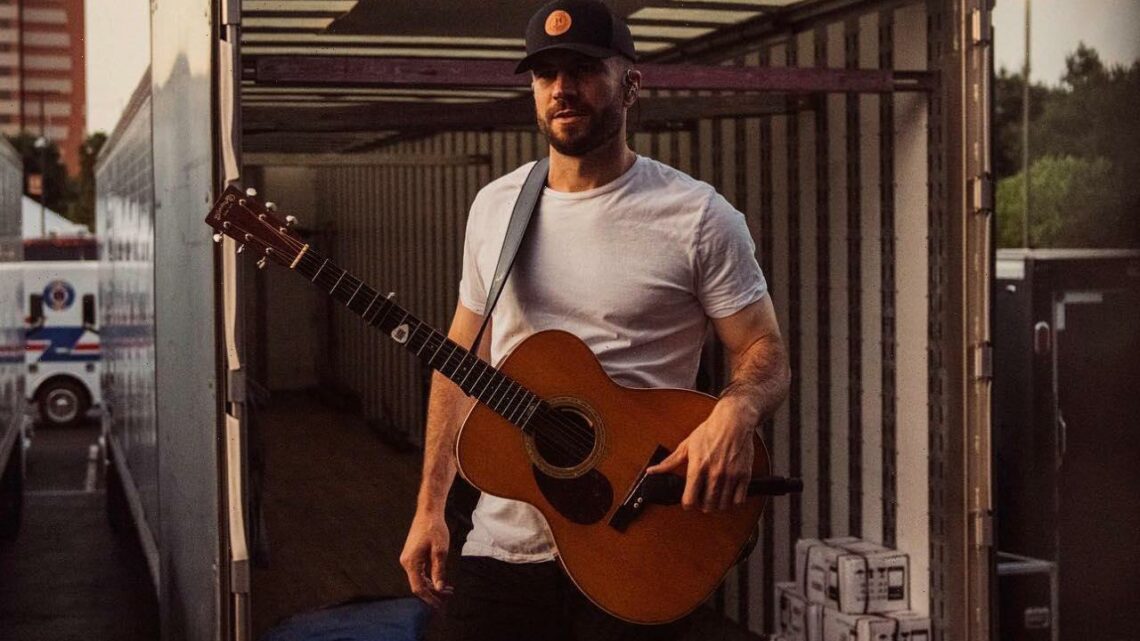 Aside from revealing that his wife Hannah Lee Fowler has given birth to their baby No. 1, the ‘Break Up in a Small Town’ crooner unveils the newborn baby’s moniker.

AceShowbiz –Sam Hunt has thrilled his fans with news of his first child’s arrival. While performing at the Star’s For Second Harvest charity concert at the Ryman Auditorium in Nashville, the “Break Up in a Small Town” singer unveiled that he is officially a dad now.

During his set, the 37-year-old country star told the crowd, “I recently had a baby girl named Lucy Lu.” The audience then cheered for him. The singer went on, “I think being out here, and in the music business and being out on the road, has sort of hardened my heart. My heart’s definitely a lot harder in a lotta ways since I left that small town.”

Sam further explained, “It’s amazing how that little girl melted that all away overnight a couple of weeks ago.” He continued sharing, “I’ve been filled with a lot of gratitude these past couple of weeks.”

“I just want to say up here on The Ryman stage how grateful I am to have been a part of Country music for the last ten years,” Sam added as he began to get emotional. It’s unclear exactly when Sam and his wife Hannah Lee Fowler welcomed their baby girl.

The arrival of their daughter came just weeks after Sam’s wife Hannah called off their divorce, which she filed for back in February citing “irreconcilable differences.” It was revealed in the legal documents that the pair was expecting their first child together. At the time, Hannah also accused the country music singer of “inappropriate marital conduct” and claimed he was “guilty of adultery.”

In May, Sam and Hannah decided to give their marriage a second chance, with a source saying, “Sam and Hannah are working on healing their relationship. They’re very excited to be welcoming their baby girl together and focused on that. Sam has been putting the work in and making sure that Hannah feels comfortable, safe and trusts him.”

“He is acting protective over their relationship,” the so-called insider further claimed. “He has been careful to make sure that things aren’t being misconstrued or that he is putting their relationship in any sort of jeopardy. He’s aware of how sensitive the situation is and doesn’t want to hurt Hannah.”

Reports of their reconciliation came two months after Sam and Hannah divulged that they’re having a baby girl. “I haven’t talked about this, but I have a little girl on the way. I have a baby coming in about eight weeks,” he said during an interview on “Country Countdown USA”. “I blocked out two months at the end of May and early June. Really this year revolves around that big news in my life.”

Of choosing a name for his baby, Sam admitted, “Not yet, we’re thinking about it.” He continued, “I want her to be in the world before we name her. I want to be able to look at her and decide what name suits her best.”