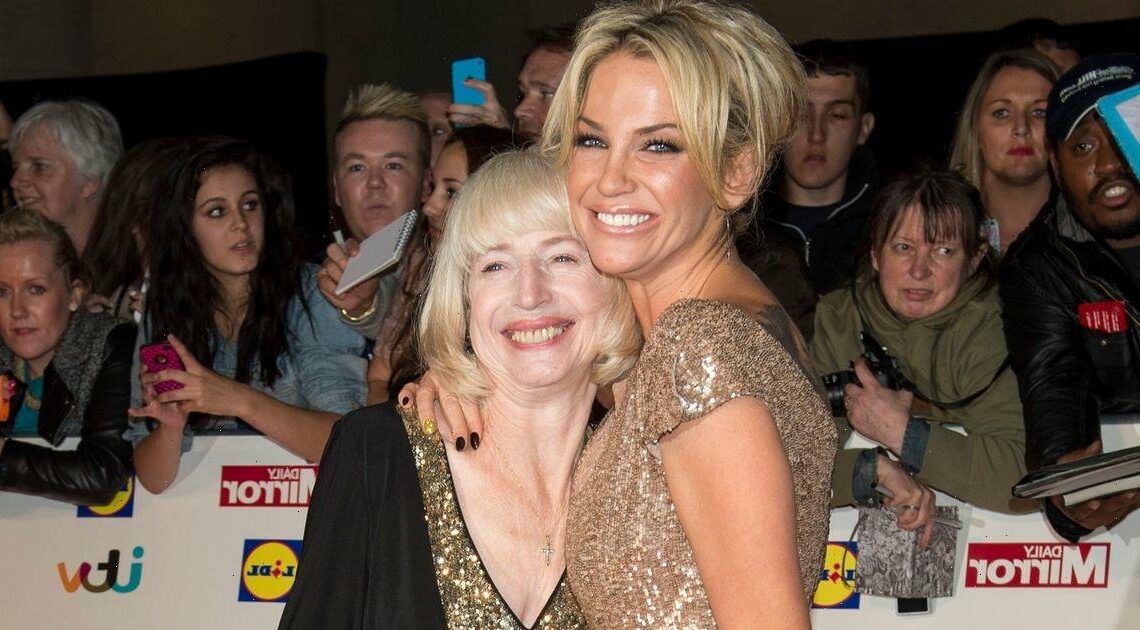 Sarah Harding has revealed she feels "strangely comforted" that she will "probably" die before her mum Marie as she continues to battle cancer.

The 39 year old announced in August last year that she had been diagnosed with breast cancer, which "advanced to other parts of her body".

She has been undergoing intensive chemotherapy to try and relieve some of her symptoms and but was told by doctors that Christmas 2020 was "probably her last".

Now, in an excerpt from her new book, Hear Me Out, which was released today, the Girls Aloud star has confessed she's comforted that she will most likely "leave this world" before her mum, who is in her late seventies.

Explaining that her mum Marie has been by her side, helping her throughout her horrific cancer battle every step of the way, Sarah wrote: "Mum is in her late seventies now and she has become everything to me through this illness, especially since I've been staying with her.

"I know how hard this is on her too. I often worry about her, especially as she's gotten older. I can't bear the thought of anything happening to her."

Sarah, who recently admitted quitting cocaine was a "do or die" situation as she recalled the first time she tried the drug, continued: "In a strange way it's comforting to know that I will probably leave this world before she does; at least then I won't have to go through the pain of losing her.

"The truth is, I can't live without her now, she cares for me and helps me because, at times, I am too weak to help myself."

Despite this admission, the star also told how a recent MRI found that her tumours have shrunk as a result of her chemotherapy treatment.

"Before I put this book to bed, I wanted to share a little bit of positive news," she wrote in another excerpt from her book.

"MRI scans at the end of December revealed that the tumours in my brain and in my lung have shrunk a bit with the treatment."

The star continued: "I don't know exactly what this means for me, but at least I know it's moving in the right direction, and right now, every little victory feels momentous.

"With this news under my belt, I was able to enjoy a relaxing quiet Christmas with mum and yes, I got plenty of lovely Christmas pressies."

She added: "At the moment, I'm just grateful to wake up every day and live my best life, because now I know just how precious it is."

The Philippines Full Circle Lab to Return for Third Edition