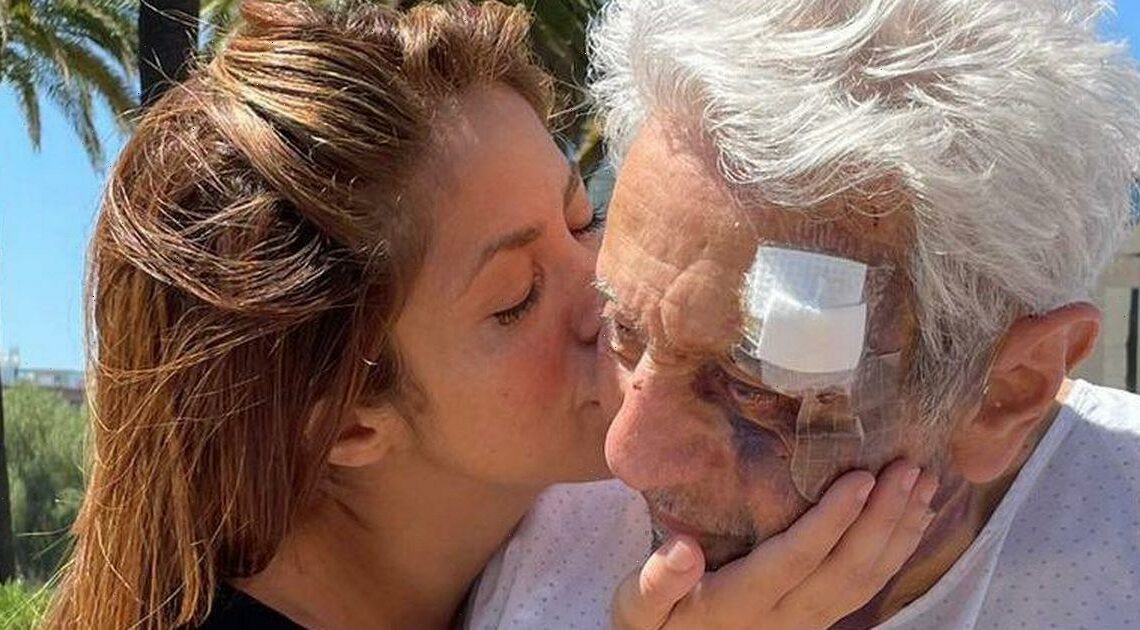 Shakira shares father, 90, is in hospital after ‘bad fall’ amid Gerard Piqué split

Shakira has reassured her fans that both she and her elderly father are in good health after the pair were seen in an ambulance in Barcelona.

The Colombian took to Twitter where she released a statement clearing up the matter.

She explained to her millions of fans that she was in fact accompanying her father, William Mebarak Chadid, 90, to hospital after he had a nasty fall.

The statement read: "Guys, I’m getting a lot of messages of concern that I was seen in an ambulance in Barcelona recently."

"I just wanted to let you know that those photos are from last weekend (the 28th) when my dad unfortunately had a bad fall and I accompanied him in an ambulance to the hospital where he is recovering now."

Accompanying the statement she posted a photo of her kissing her badly bruised father on the cheek. He could be seen wearing a hospital gown and had a bandage above his right eye.

With William now in recovery, Shakira has asked everyone to continue sending their "best wishes his way".

She added: "Thank you all as always for all of your love and support."

It's been a turbulent time for the singer who recently announced the end of her relationship with the father of her children, FC Barcelona footballer Gerard Piqué.

The pair released a joint statement on Saturday which confirmed rumours that the pair had decided to call it quits.

It read: "We regret to confirm that we are separating.

"For the wellbeing of our children, who are our highest priority, we ask that you respect their privacy."

The couple had been together for more than a decade after first meeting during the 2010 South African World Cup – the same tournament she wrote her song Waka Waka for.

Although they never married they share two young children together; Milan, nine, and Sasha, seven.

Shakira is also facing a trial over alleged tax fraud charges in Spain, having lost her appeal in May.

Her legal team has said they will keep defending her case with solid legal arguments.

In a statement they said: "Shakira's conduct on tax matters has always been impeccable in all the countries she had to pay taxes and she has trusted and followed faithfully the recommendations of the best specialists and advisers."