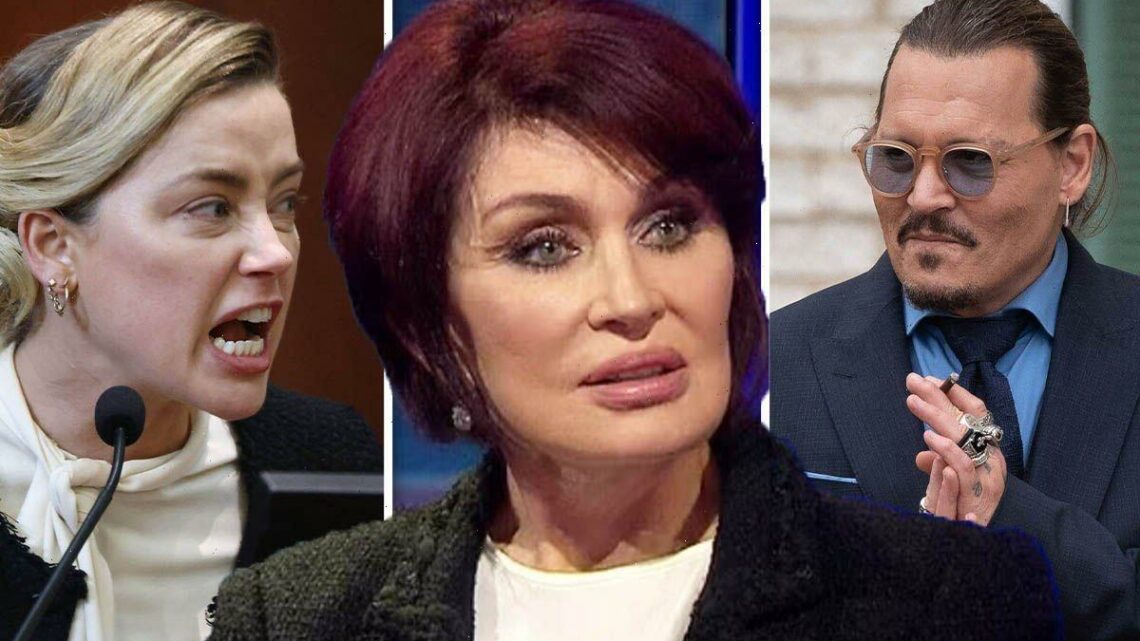 Sharon Osbourne, 69, has described Johnny Depp, 58, as a “gentle soul” soon after it was announced that he won the defamation trial against his ex-wife Amber Heard, 36. The TV personality confessed her support for the Pirates of the Caribbean actor, as she claimed Amber tried to “destroy” Johnny, leaving her shocked when he won the case.

She wanted to destroy him.

Sharon spoke to Piers Morgan last night on his TalkTV show as she shared her opinion on the Johnny Depp case result.

She said: “Wow, it wasn’t what I was expecting. I mean, I wanted Johnny to win but I didn’t expect him to.”

Sharon then went on to describe the actor as a “gentle soul” and a “good human being”, with his off-screen persona proving his good character.

She continued: “‘[Johnny] is a gentle soul. I can tell you last night, he spent about 45 minutes in his dressing room on his knees, talking to this little girl that was reading her diary to him.

“Now, I don’t know many guys that would sit back and do that. There weren’t any cameras around, there were no film crews. He did it because he’s a gentle soul.

“Sometimes, I suppose, he loses his rag, but as a human being he’s a good human being.”

Sharon then added her own opinions on Amber, claiming “she knows how it goes” with movie stars.

Further claiming: “Johnny’s got a huge price on his head, the world loves him. The world really did want him to win and he’s won and that’s it.

Giving her opinion, she added: “Because he wouldn’t have gone this far, if she didn’t push and push and push… she wanted to destroy him.”

Johnny sued Amber over a 2018 article in the Washington Post, in which she claimed to have become a figure representing domestic abuse, after filing a restraining order against the Pirates of the Caribbean actor.

She didn’t name Johnny, but he says he was the implied abuser and that it cost him acting jobs including his famous role as Captain Jack Sparrow.

Johnny won his case against Amber as she was ordered to pay the actor $15m in damages.

The jury also awarded the Aquaman actress $2m for one part of her own counterclaim, that Johnny’s previous lawyer had called her abuse allegations against her ex-husband a hoax.

Johnny was not in court yesterday due to pre-planned commitments with Jeff Beck during his UK tour, with the actor pictured in a pub in Newcastle last night.

Not long after the result, Johnny released the following statement: “Six years ago, my life, the life of my children, the lives of those closest to me, and also, the lives of the people who for many, many years have supported and believed in me were forever changed.

“All in the blink of an eye. False, very serious and criminal allegations were levied at me via the media, which triggered an endless barrage of hateful content, although no charges were ever brought against me.

“It had already travelled around the world twice within a nanosecond and it had a seismic impact on my life and my career.

“And six years later, the jury gave me my life back. I am truly humbled.”

Johnny went on to say his decision to pursue the case “was only made after considerable thought” and his goal was to “reveal the truth, regardless of the outcome”.

“Speaking the truth was something that I owed to my children and to all those who have remained steadfast in their support of me. I feel at peace knowing I have finally accomplished that,” the actor said.

He said he had been “overwhelmed by the outpouring of love and the colossal support and kindness from around the world”.

Amy Duggar Was FORBIDDEN from Doing Dancing With The Stars by Jim Bob Duggar: Why?
Recent Posts