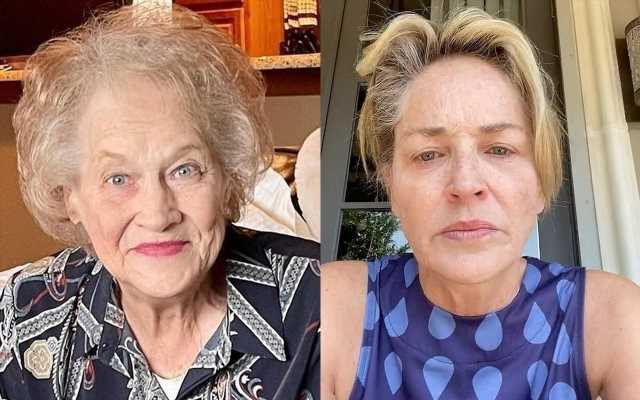 Sharon Stone Says People Were ‘Brutally Unkind’ When She Had Stroke, Asks Prayers for Ailing Mom

The ‘Basic Instinct’ actress recalls her own near-fatal stroke as she asks for prayers from her loyal devotees as her mother Dorothy suffered a serious stroke.

AceShowbiz –Sharon Stone has asked fans to “say a prayer” for her mother who suffered an acute stroke.

The actress called on fans to send some support for her mum Dorothy as she is having health issues, having previously suffered another stroke in the past.

The “Basic Instinct” star wrote on Instagram on Monday (22Nov21) evening, “Say a prayer for Dorothy Marie Stone, my mom, who has suffered another acute stroke tonight. Thx.”

Many of Sharon’s famous pals offered kind words for her and her mother, including Debra Messing, who commented on the post, “Oh Sharon, sending love and saying prayers.”

Actor Leslie Jordan wrote, “Sending you all my love and prayers.”

Lisa Rinna – whose own mom Lois, 93, passed away last week after a stroke – commented, “I am sending love and prayers.”

Along with her mother and grandmother, Sharon herself has suffered from a stroke – which nearly took her life in 2001 – and she recently reflected on how “near death” she was.

She said, “The room was so silent. When the room is so silent and no one’s running around trying to fix you, that’s when you realise how near death is and how serious everything is.”

The “Casino” star also detailed how people treated her “brutally unkind,” the career setbacks, and financial difficulties it prompted during the several years-long recovery process

She previously said, “People treated me in a way that was brutally unkind. From other women in my own business to the female judge who handled my custody case, I don’t think anyone grasps how dangerous a stroke is for women and what it takes to recover – it took me about seven years.”

“I had to remortgage my house. I lost everything I had. I lost my place in the business. I was like the hottest movie star, you know? It was like Miss Princess Diana and I were so famous – and she died and I had a stroke. And we were forgotten.”