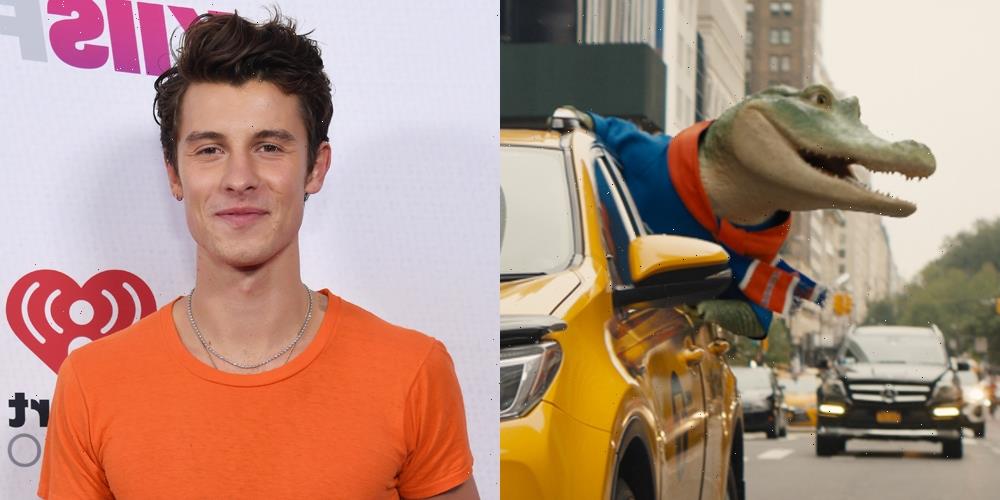 Shawn Mendes voices the titular character, who is CGI animated alongside live-action.

“so proud to be a part of @LyleCrocodile. i’ve always been in awe of the work that @pasekandpaul do & it was also a dream working with the entire Lyle team. Javier, Constance and the entire cast are magical, I can’t wait for you all to see this film x,” Shawn shared on social media.

Watch the teaser and learn more inside…

Here’s a synopsis: When the Primm family (Wu, McNairy, Fegley) moves to New York City, their young son Josh struggles to adapt to his new school and new friends. All of that changes when he discovers Lyle – a singing crocodile (Mendes) who loves baths, caviar and great music-living in the attic of his new home. The two become fast friends, but when Lyle’s existence is threatened by evil neighbor Mr. Grumps (Gelman), the Primm’s must band together with Lyle’s charismatic owner, Hector P. Valenti (Bardem), to show the world that family can come from the most unexpected places and there’s nothing wrong with a big singing crocodile with an even bigger personality.

I gave into temp-tation at work, but now I want to call my affair off | The Sun