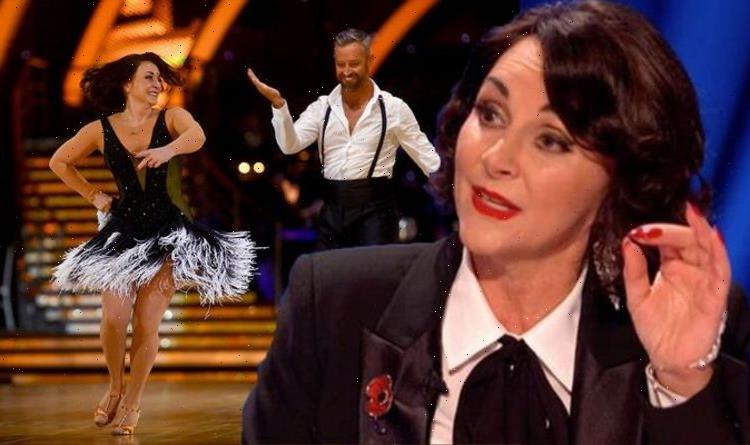 Shirley Ballas reflects on a 'spectacular' week in Blackpool

Shirley Ballas, 61, has revealed that she often receives nasty messages and even death threats from trolls on social media after the dance-offs on Strictly Come Dancing are aired each week. The celebrity judge has previously sparked criticism for the way she marks and gives feedback to young women on the show, but has described how she will be inundated with insults regardless of who she sends home.

Speaking recently at the Cheltenham Literature Festival as she promoted her book Behind the Sequins, Shirley opened up about her experience with social media trolls once again.

“They say, ‘you’re so fat, you hate younger women’, and if I send a man home, ‘you’re a man hater,” she reflected.

The Strictly star faced a lot of backlash on social media last year for her critique of EastEnders actress Maisie Smith, 20, after she admitted she wouldn’t have saved the talented young dancer over The Wanted’s Max George even when her fellow judges disagreed.

The glamorous judge has spoken candidly about hate mail and threats before, even posting pictures of it on social media to share with her 190,000 Instagram followers.

In January of last year, Shirley revealed the contents of a hand-written letter that had been delivered to her place of work while she was performing in a production of Jack And The Beanstalk at Darlington’s Hippodrome.

“It was a very sad day when u were appointed a judge on Strictly. A very sad day’.” (sic)

As well as posting a photo of the crudely-penned letter to Instagram, Shirely also posted a video detailing her thoughts on the subject of hate mail and online trolling.

“As we know I had quite a lot of bullying on Strictly this time and my Inbox on insta was full of horrific and horrendous messages,” she said.

“But this has gone a step further now so I’ve had a hand delivered message which I’m going to share with you.

“Hand delivered to the Hippodrome addressed to me with not such nice comments or words or whatever and my message is for the young people, anybody out there who receives awful messages or hate mail or things from people that don’t know them.

“The issue is the other person’s issue – it’s not so much ours.

“Even though I still do find it quite upsetting to have to go and perform and then read something like this from somebody who doesn’t even know me.

She added: “So the message out there today is be strong going into 2020, really really love yourself and don’t be phased by the bullies.”

At the festival, Shirley also detailed the difficult times she experienced growing up, describing how her father had walked out when she was just two years old and that her mother had to work multiple jobs to pay for her dance lessons.

Now a world-famous dance champion, Shirley has even suggested that her tell-all autobiography might be made into a musical.

“It’s been picked up for possible Broadway, and West End. Watch this space,” she said.

The dance pro is well-versed in the world of theatre and even met her boyfriend Danny Taylor, 48, in a pantomime they performed in together back in 2018.