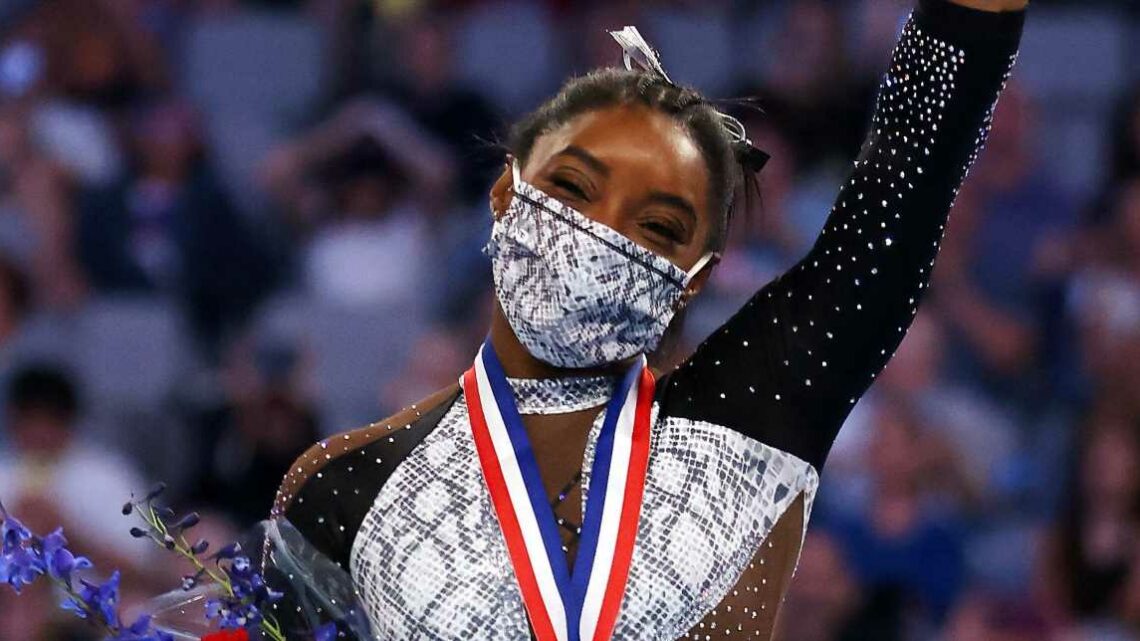 Simone Biles, 24, dominated the U.S. Gymnastics Championship on Sunday night—and made history while doing it. Simone took home her seventh all-around gold medal at the Senior Women’s Competition at Dickies Arena in Fort Worth, Texas. With the win, she became the first woman to win seven straight titles at the U.S. Gymnast Championship in history. Simone now ties with gymnast Alfred Jochim for the most titles by an American.

The five-time Olympic medalist put on a stunning performances that landed her a score of 119.650. Simone won titles in the vault, balance beam, floor, and all-around categories. According to NBC Sports, Simone has won every all-around competition she has entered since 2013. Simone hopes to continue her reign at the 2020 Tokyo Olympics as she aims to win back-to-back Olympic titles.

After winning, Simone spoke about receiving her seventh title. “It’s really emotional, especially going into my second time doing an Olympic run. It’s really crazy, and I appreciate everyone that’s come out to watch and support us, especially after the year we’ve had,” Simone said.

“I feel like I did try to enjoy it because it could be one of my last championships that I’ll attend,” Simone said, per Olympics.com. “But it’s also the road to Tokyo, and after this, we have trials, so we just have to really embrace the moment.”

“I feel like every single championship stands out for a different reason, but this one stands out specifically because it’s the road to Tokyo,” Simone continued. “We came out here, and we did what we were supposed to.”

During her big Sunday night, Simone incorporated a never-been-done-before move into her floor routine. She sent fans into a frenzy as she tumbled through the air, landing a high-skilled move that she named “The Biles.”

“It’s never been done before. And it’s called, ‘The Biles.’” pic.twitter.com/5uoyYQPzWB