Making compelling content isn’t easy in the best of times, and it’s even harder during a pandemic. But for Sean Mills, Snapchat’s head of originals, the last year didn’t just offer challenges — it also brought clarity.

“The pandemic opened up people’s eyes to how great and how quickly you can produce content with new technologies,” Mills said during a recent interview with TheWrap. “The time it takes to conceive of an original idea, produce it, and distribute it — everything just contracted as a result of [the pandemic]. And I think that’s had a real positive effect. It’s allowed us to start thinking about conversations with creators through that lens. The things you can do with an editor, motion graphics, a ring light and an iPhone are remarkable.”

That stripped-down approach helped Snapchat not just survive the pandemic, but thrive, with its shows racking up more than 400 million views last year. That includes 90% of Gen Z-age users in the U.S. watching at least one Snapchat show last year, according to the company. “Will From Home,” Will Smith’s show on navigating the pandemic, was one of the show’s Mills said had to follow this new “lightweight” production, and viewers didn’t seem to mind, with the show pulling in 43 million views during its two seasons last year.

Now, Snapchat is looking to leverage those lessons from the last year as it rolls out a new slate of content.

Snapchat on Wednesday unveiled 9 new and returning shows that’ll be coming out in 2021, including “Off Thee Leesh,” a new show where rapper and pet-lover Megan Thee Stallion is joined by her celebrity friends and their pets. Other new shows include “Charli vs. Dixie,” where teenage social media stars Charli and Dixie D’Amelio compete in a mix of challenges that are judged by their famous friends, and “Lago Vista,” a docu-soap that follows seven high school seniors in Texas, primarily using self-shot footage, as they navigate their late adolescence.

If you’re noticing a theme, it’s because Snap has focused on becoming the go-to spot for Gen Z’ers to get their news and entertainment. (Snap on Wednesday announced that its news content, including shows from NowThis and Vice, was viewed by 200 million users last year. For reference, Snapchat had 249 million daily users by the end of the year.)

TheWrap recently caught up with Mills to talk about how Snapchat’s content team weathered the pandemic and its new batch of shows:

How did the pandemic shape how Snapchat goes about it producing its shows?

With the pandemic came so many great innovations in terms of production. So for original content and working with creators, I think we found that people are able to produce content on the go in a mobile way, in a new sort of production model that allowed us to get talent and creators to, I think, produce things in a more lightweight fashion.

I think we found we can work with talent when they’re forced to shoot content from home, that looks really great. It allowed us to work with top talent in a way that was faster and more lightweight than it used to be. And I think it helped make the Discover page increasingly more on-the-pulse of what was happening in a given moment.

Were there any viewer trends from the pandemic that stood out?

The number one thing, by far, was the appetite for news content. It’s clear our core audience, Gen Z, they are coming to platforms like Snapchat for news. More than 200 million people got their news on Snapchat in 2020. So at the beginning of the pandemic, we saw a huge spike when it came to getting credible, trusted information on what was going on. And we saw that sustain with everything that happened around racial and social justice, and it’s continued.

Additional to that, when we launched the show “Will From Home,” during the pandemic, it was trying to strike a [lighthearted] tone because it was a heavy moment in time. Will was a great partner for us because he was able to sort of say “Hey, even if we’re stuck at home, let’s make sure we’re bringing joy into each other’s lives and that there’s good news in the world about how we’re responding to difficult times.” There was demand for that in equal measure at the same time. 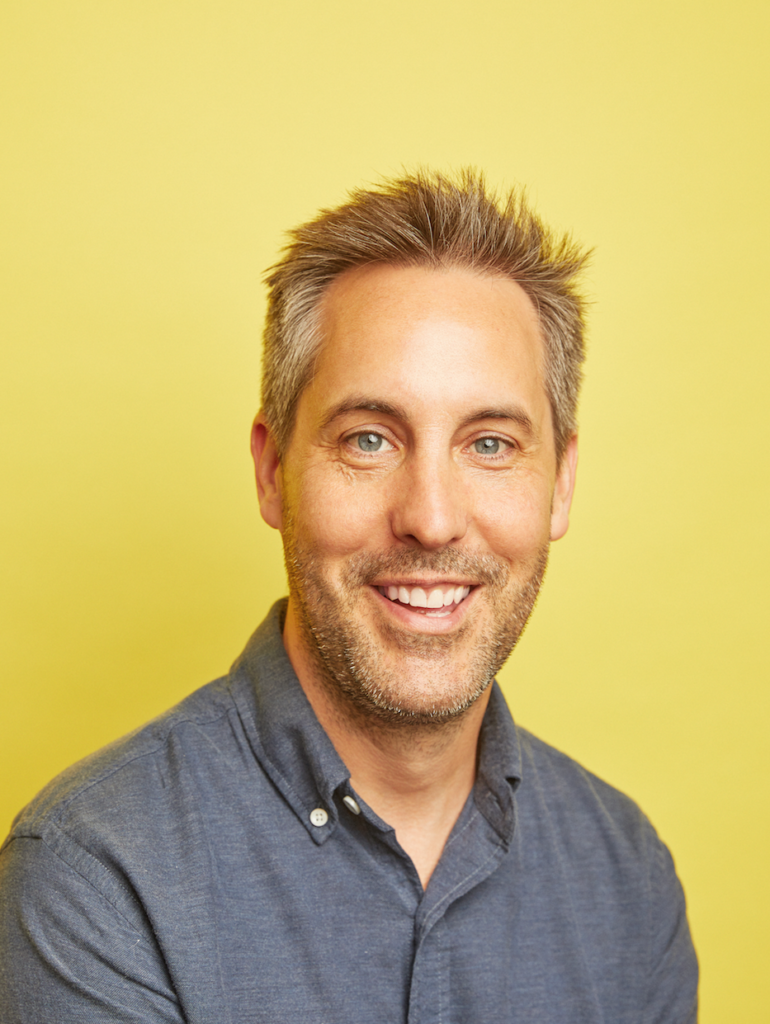 Was that something that was planned as a “from home” show, or was that an on-the-fly decision in response to the pandemic?

It was conceived of then [at the start of the pandemic], and we had a great partner in Westbrook, Will Smith’s production company, who were incredibly innovative and scrappy about how to produce this literally from his garage. So yeah, it was really just on-the-fly and led to other shows like it that were done on-the-fly as well.

Snap, in its NewFronts announcements and elsewhere, has highlighted how its shows resonate with Gen Z. Is there something different about making content aimed at Gen Z than at an older audience?

There’s a bunch, and some of it is in the presentation. People really trust talent as much, if not more than, they trust news brands now. So I think finding [creators] who have real authenticity and credibility that you can connect to is key. Gen Z consumes a lot of creator content, and journalists can be a creator in many kinds of ways. [Snap’s news shows] are always rooted in trusted, credible information, of course, but presented in a way that’s conversational and asks a lot of the same questions the audience is asking themselves about what’s going on in the world.

It can be cliche, but it’s more like having a conversation with a friend. It’s not someone who is in a suit, behind a desk in a studio delivering the news in clipped tones — ways that people don’t talk to each other. That’s harder for people to relate to, so we’re seeing the rise of this sort of new journalist-creator class that people are going to increasingly get their news from.

What went into this new show with Megan Thee Stallion?

Megan is one of the biggest stars in the world right now and certainly with our core audience. The best ideas happen when we connect with talent and hear what their passions are and they’re able to pursue those in the show.

So one of the things Megan is incredibly passionate about is her pets. And you’ll see in the show, Megan with her pets and her celebrity friends with their pets, it creates a really unique context for a talk show, because you have people who are more comfortable and natural in a setting with the pets they love so much. It ties right back into doing something that shows you who someone really is, their authenticity, what their personal passions are, and how do we bring that to the audience in an entertaining way.

Snapchat has really focused on shows that are about 5 minutes long in recent years. Is that pretty much set as your bread-and-butter at this point?

Yeah, the only rule that overrules that, actually, is we believe in constant experimentation. We never want any one format or perspective to settle in and be the end for us. We’ve found 4-5 minute episodes do incredibly well. But we’ve also feel like there are opportunities to have shows that could exist in sub-60 second segments and opportunities for shows that can run up to 10 minutes. We like to let the creative really dictate the format. but we’ve found that 4-5 minute range on a show is a bit of a sweet spot for mobile.

But, the way you make the show is more important than the time. The length is a guideline.

Let’s talk about the “Charli vs Dixie” show. Snapchat looks to be doubling down on voices that are popular on social media. Has that been a concerted effort for Snap to get social stars with large followings?

One of the things that’s really cool about Snapchat is that our different content opportunities for creators are really unique. There’s the Stories format, where Charlie and Dixie can have a very casual story about their lives that runs for 24 hours. They can submit short videos to Spotlight, where we feature creative UGC across our entire community, and they also have an opportunity to do a premium original series as well.

What we’ve found that’s interesting and unique is a platform will typically focus on one of these lanes, and we believe they’re all unique and complimentary to each other. So we love when talent can move between those [options]. For example, we have a show called “Meme Mom” coming out. And one of the fastest growing accounts on Snapchat is called “Nicole TV,” and Nicole is a creator; she’s been popular on other platforms, but incredibly popular on Snapchat. She’s having a baby, and so we had a discussion with her about doing a docuseries about the process, because she’s very open, very raw, very genuine and hilarious at the same time. So she’s going to bring us into that experience. That’s a good example of a creator who built a following. So much of what we do here is try to find the talent and the issues our audience cares about the most, and then invest in more original content to support their interests.