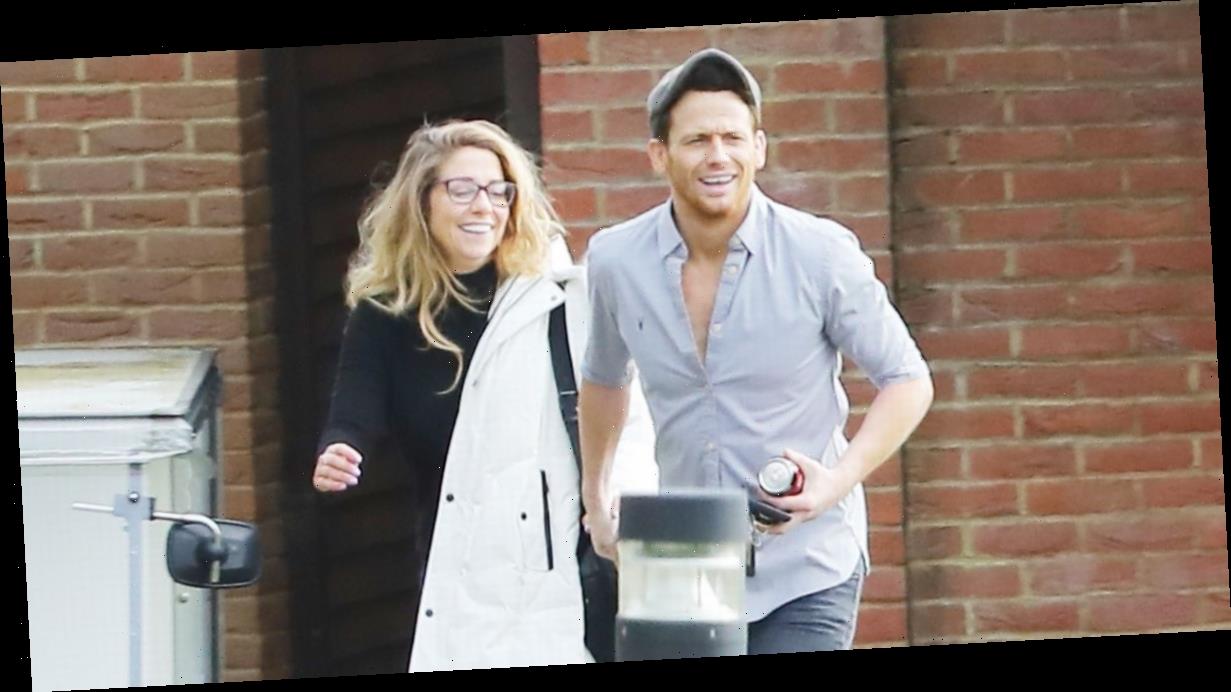 Stacey Solomon has revealed she left the Dancing On Ice wrap party early to go home to the kids – hours before Joe Swash was seen emerging from his hotel holding hands with Alex Murphy .

Joe, 38, won the show last night with his skating partner Alex and Stacey was in the audience to see his victory.

She went with him to the wrap party, but has admitted she left him there to "have some fun" while she went home early to take care of the kids.

The couple are parents to a baby boy together, Rex, while she also has two sons from previous relationships.

This morning Joe was pictured leaving his hotel looking worse for wear and holding hands with Alex.

She said: "Home sweet home. We left Joe at the wrap party to have some fun."

Stacey went on to thank everyone who had voted for Joe and supported him along the way.

This morning, it looked like Joe was nursing a sore head as he was pictured leaving his hotel with Alex.

The telly star looked bleary-eyed as he emerged into the day light grasping a can of Coke.

He held onto Alex's hand as they walked out of the building together.

Pro skater Alex is currently in a relationship with YouTube star Paul Klein.

Joe won DOI ahead of runner-up Perri Kiely, who narrowly missed out on the title.

The result was met with criticism from fans who moaned that Perri was robbed of the win after he performed a death-defying back flip during his performance.