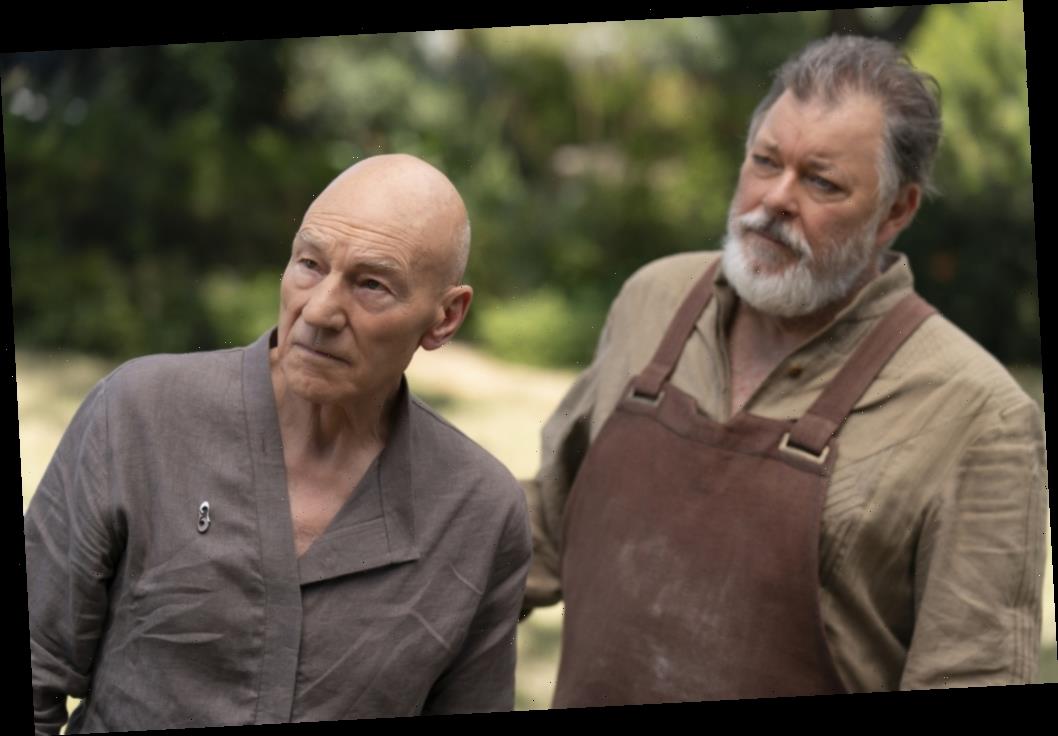 Editors note: The Star Trek: Picard Podcast is a weekly series of in-depth and informed discussions with the stars and creative team behind CBS All Access’ series on the ideas, strategies and geopoetics behind the 10-episode first season of the Patrick Stewart-led sci-fi drama. The podcast is sponsored by CBS All Access and hosted by Deadline’s Senior Editor Dominic Patten.

“In some ways, I think from the beginning, as soon as we started to conceive of what became of the episode called “Nepenthe,” we always viewed it as to a certain degree a kind of pause, or respite,” says Star Trek Picard showrunner Michael Chabon of the seventh episode of the CBS All Access series. “You know, we have all the elements in play by this point …the entire mystery has been laid out in all its particulars, it hasn’t been resolved yet, that’s coming,” the Pulitzer Prize winner added.

With the touching, as I say in today’s podcast, onscreen reunion of Sir Patrick Stewart’s Jean-Luc Picard and Jonathan Frakes’ Will Riker and Marina Sirtis’ Deanna Troi, our discussion with Chabon and VFX Trekverse overlord Jason Zimmerman was both meta and mega – as you can hear here:

Co-written by EP Chabon and Samantha Humphrey and directed by Doug Aarniokoski, Nepenthe sees Frakes, who joined the podcast last week and the week before, finally step in front of the camera as the Enterprise’s former Number One. Teased in numerous promos for the Alex Kurtzman executive produced Picard, Frakes has served as a director up until today’s episode and wasn’t even originally intended to show up as one of the “legacy characters,” as Chabon calls the likes of Jeri Ryan, Jonathan Del Arco and others from past Trek series.

Having overseen VFX for not just Picard but also Star Trek Discovery, Zimmerman pulls back the digital veil a bit and lets us in on a few tricks of the trade and what was his favorite thing to work on this season.

BTW – if you are wondering where the title of “Nepenthe” comes from, it’s Homer’s The Odyssey. The epic poem cites Nepenthe as a narcotic that induces memory loss to hide pain and sorrow.

Check it out and join us next week for more Broken Pieces, literally and figuratively.

5 Playboy x Missguided Pieces That Will Inspire Your Inner Rebel (50% Off!)
Recent Posts