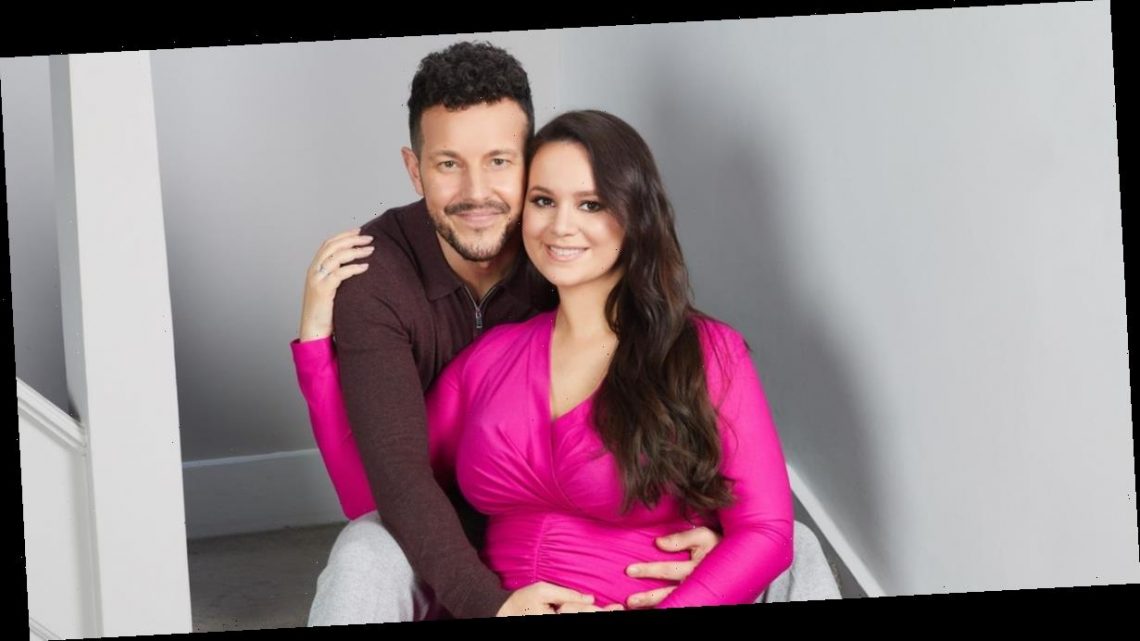 Congratulations are in order for Steps star Lee Latchford-Evans and his wife Kerry-Lucy, as OK! can exclusively reveal that the couple are expecting their first child together.

Opening up about the news, Lee tells OK! Magazine: “We’re scared as much as we’re excited. We’ve wanted a baby for so long.”

The couple tied the knot in 2012 after meeting in 2007 at a gig they were both performing at.

They fell in pregnant in 2018 but Kerry sadly miscarried 10 weeks into her pregnancy, something the pair say was “heartbreaking”.

So it’s not surprising to hear they’re delighted to be expecting again after discovering the news in November.

Kerry admits it actually took three tests to convince Lee she was pregnant. “I did a test and it had a really faint line. Lee walked in and I said, ‘I think I’m pregnant.’

“Lee’s eyesight isn’t the best and he said, ‘There’s definitely no pink line.’ I woke up at 4am the next day and did another and it was definitely positive.

"I think Lee was in shock and still half asleep so I did a digital one that said ‘pregnant’ and I was like, ‘Do you believe me now?’ It took three tests!” she laughs.

The couple say their excitement has also naturally been tinged with some worry after what they’ve been through.

“It’s a mix of joy but also worry. You think, ‘Is it going to happen again?’ For us our safety net was the 20-week scan,” says Lee. Kerry adds: “People say once you’re past the 12-week mark the risk of miscarriage lowers, so I’m trying to enjoy it.”

Opening up about breaking the wonderful news in a very coronavirus-friendly way during a Zoom call, he explains: “We had a meeting about our year ahead and we were going through what we’d be doing in August and September and so on, and I said, ‘I might be quite busy in August,’ and I held up our first scan picture to the camera and said, ‘I want you to meet someone.’

“I filmed their reaction. They were fantastic. They cried, they cheered! H [Ian Watkins] said, ‘Willies are best!’”

The band recently announced their new album, What The Future Holds Pt. 2, and if all goes to plan they will touring the UK from November.

While Lee says he “loves” touring he admits he thinks he’s going to “hate” being away from Kerry and the baby, but he can’t wait for his “Lion King moment” on stage with his little one.

We can’t wait to see that!