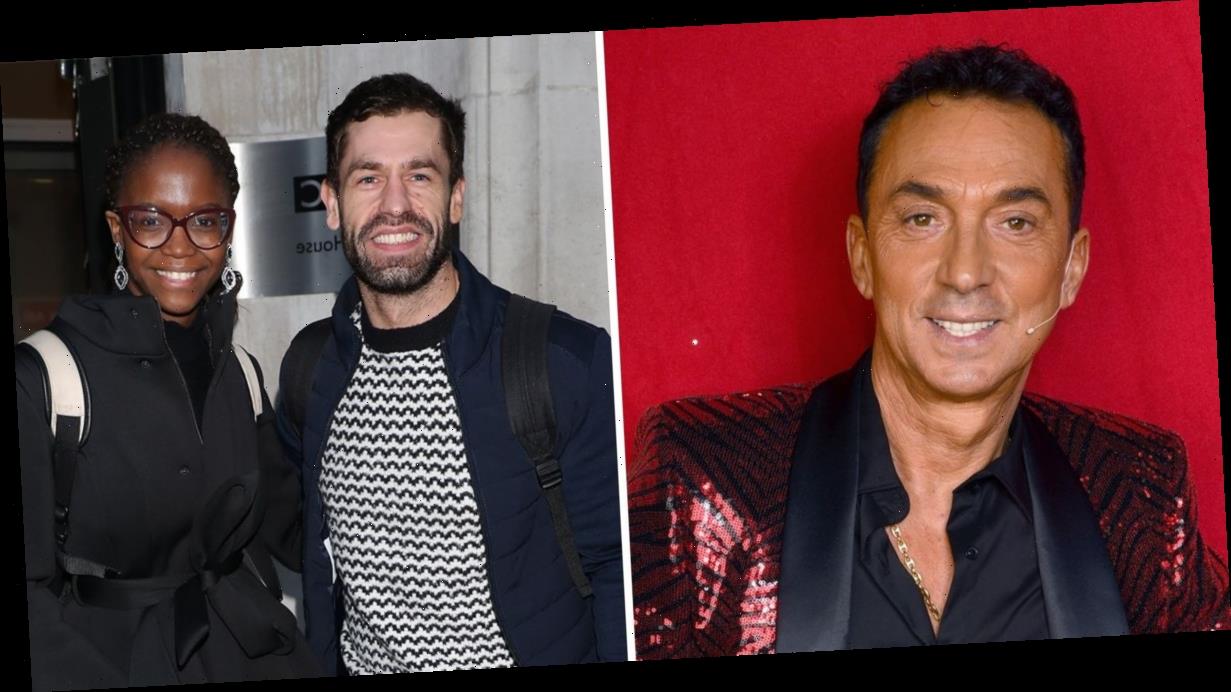 When new magazine spot Bruno Tonioli walking down the red carpet at the press night of new musical The Prince Of Egypt at London’s Dominion Theatre, he’s wrapped up in a thick coat to beat the chill.

“It’s so cold,” the Strictly Come Dancing judge, who spends much of his time in sunny Los Angeles, tells new.

Bruno is fresh from the Strictly tour, which finished last month in London – but not without scandal. Ballroom dancer Oti Mabuse, 29, whose husband is fellow pro Marius Iepure, and Strictly winner Kelvin Fletcher, 36, who’s married to Liz Marsland, raised eyebrows when they were spotted enjoying drinks at a London hotel at 3.30am after a night out. BBC bosses are reportedly now worried that popular Oti could walk away from the show.

Here, Bruno, 64, addresses the drama and reveals whether the programme will consider a same-sex pairing this year…

Hi Bruno! Do you think Oti will come back to Strictly this year?

For sure! Well, nobody knows. I think usually they announce it about May or June. But I’d be surprised if she didn’t come back.

What did you make of the rumours about Oti and Kelvin?

It’s nonsense! Oh God, people have to stop with that. It’s absolute nonsense. I guarantee you it’s nonsense. I don’t even want to talk about it because it’s like, oh please – get a life. Do you know what I mean? You have a drink with somebody, so what?!

We’ve had a same-sex couple on Dancing On Ice – will we see this repeated on Strictly now?

Well, I don’t know. You have to be careful. It cannot be done just as an excuse to get headlines.

It has to be done right. If it’s the right person, it could work. It’s something I think is possible. I’m pretty sure everybody is open. We need the right person who is going to look fantastic – he or she, it doesn’t matter.

Did you think it was good they had a same-sex couple on DOI?

I think it’s fantastic – great! We did it in America, a guy dancing with a guy, but it was within a number, not competing. But I think they’ve done it in Israel. Nobody’s against it. Why not?

How was the Strictly tour?

Fantastic! It gets better every year. We sold out every date. It’s such a buzz.

We heard you sang at the end of the last series…

Oh yeah, I did a song and I did it on tour. I did it bigger – an extended version, like pure Vegas.

So is there a bidding war for you to do an album?!

The truth is I’ve spoken with a few people about an album and it’s not just about doing covers. I will do it, but I want to do some new material. I’ve got an idea of the sound we’re going to go for.

It’s Vegas-y, but I want to bring back – obviously updating them – anthemic, disco-type songs. Very uplifting and fun, where everybody can dance. A bit like…

Yes or a bit like Flashdance, with my voice. A contemporary twist. I think it’s time for a little bit of uplifting stuff. I’m not going to rush because it has to be done right. I’ll maybe do a teaser… We’re working on it! But it has to be good.

Will you perform your music on Strictly?

I don’t know if I can do that. I may do a song of that type, but it takes time.

You’re good friends with Simon Cowell. Have you ever given him dancing lessons?

We’re so impressed by your toned body. Is it hard work?

I’m very disciplined. I go to the gym but I’m not hysterical. It’s like a dancer’s mentality, when you used to go to class every day. I’ve got to drag myself to the gym. But it’s got to be done!