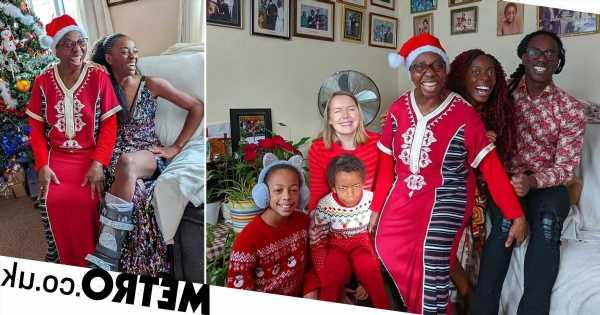 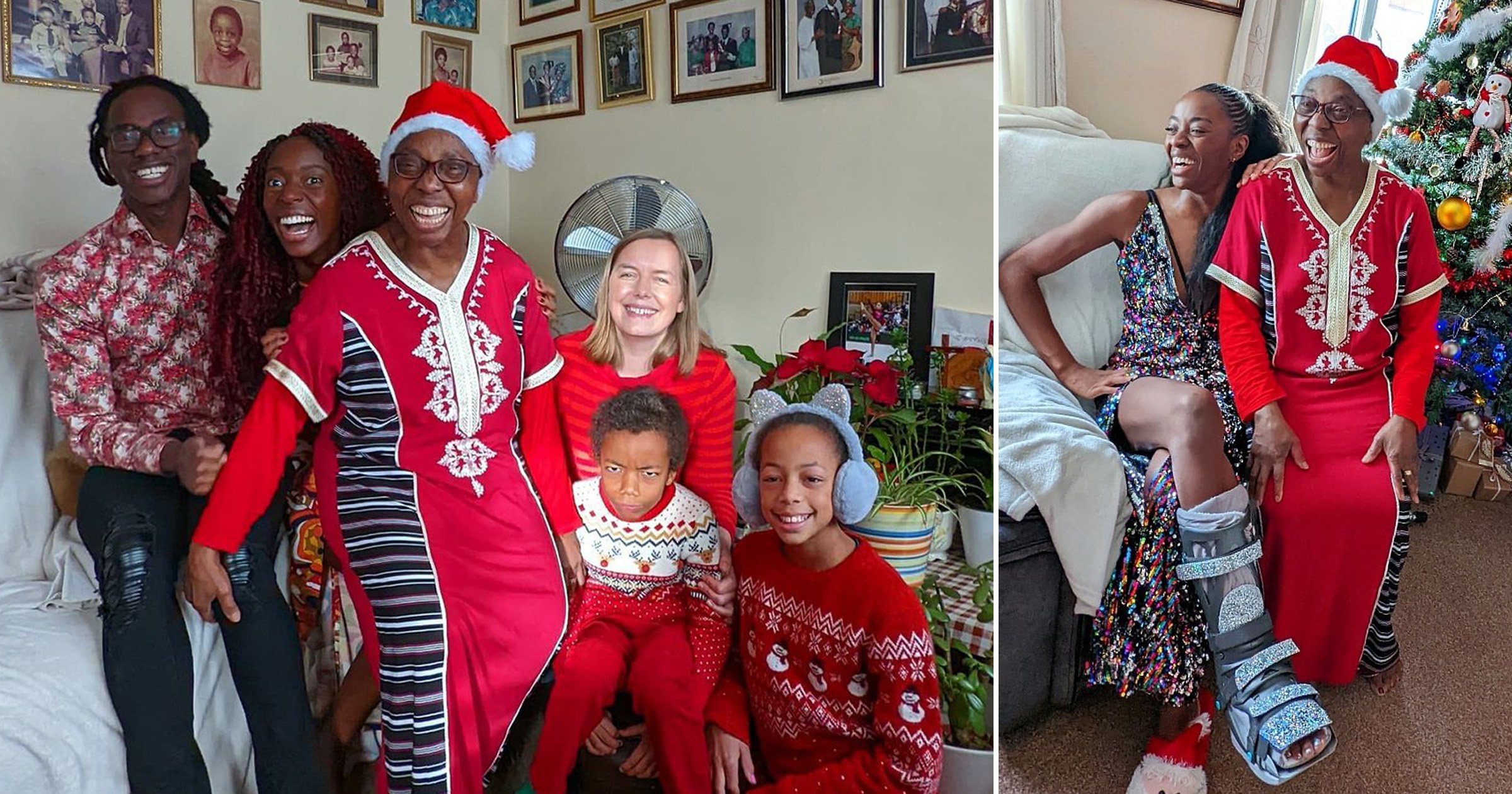 AJ Odudu let her fans in on her family Christmas in Blackburn as she made the most of the holiday despite her injured foot.

The presenter, 33, had been forced to pull out of Strictly Come Dancing days before the final after injuring a ligament in her foot, leaving her devastated.

However, AJ has since made the medical boot she must wear during her recovery into a fashion accessory, by bedazzling it for the season.

She was seen wearing the crystal-encrusted boot while sitting on the sofa next to a colourful Christmas tree, with a Santa slipper on her other foot.

AJ, who was at her family home in Blackburn, told her followers: ‘Merry Christmas. Whether you’re with your loved ones or home alone, I’m wishing you all a safe and happy day. Merry Christmas.’

Keeping up the Strictly glitz, AJ could be seen wearing a sequinned gown with a thigh split as she beamed with joy next to her family.

Sweet family photos could also be seen on the walls above them, charting graduations and other milestone moments in their lives.

Days earlier, AJ had broken down during the Strictly final as she shared her sorrow at having to pull out before the final dances.

AJ’s injury had occurred during training and she had been warned she would face a year-long recovery if she were to dance on the foot.