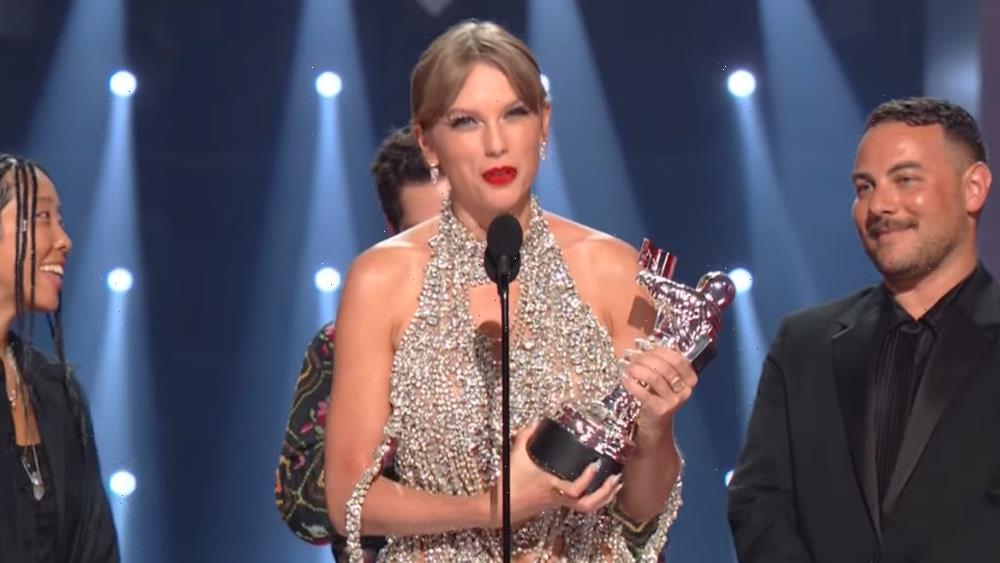 Taylor Swift was the top winner at the 2022 MTV Video Music Awards as she won Video of the Year. The singer and songwriter took the moon person trophy for her work in the 10-minute music video for “All Too Well” (Taylor’s Version).

When the star took the stage she made an announcement that left all of her fans shocked as she revealed when her next album was dropping.

“My brand new album comes out October 21,” she said to a loud crowd. “And I will tell you more at midnight.”

When Swift took the stage to accept her award, she acknowledged that the majority of directors nominated were women.

“I’m so honored to have been recognized alongside such amazing artists and directors in this category,” she said after receiving her trophy. “I just want to say I’m so heartened by the fact that for the first time in VMA history four of the directors nominated in the Video of the Year category are women.”

Swift said that the decision to reveal she was releasing a new album in the coming months was due to the generosity of her fans voting for her to win the Video of the year award.