Home » Celebrities » Teresa Giudice Admits She Told Off Melissa & Joe Gorga For Talking Bad About Joe: ‘I Don’t Like It’ 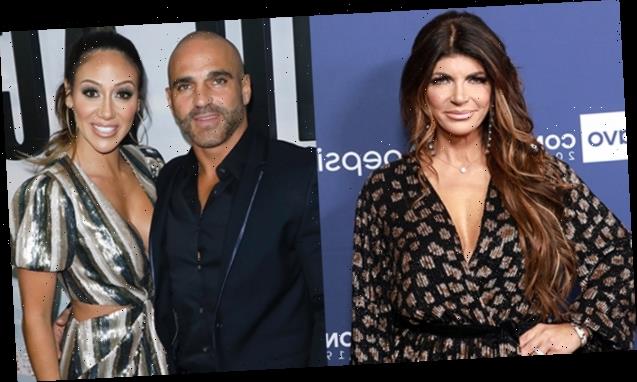 Teresa Giudice Admits She Told Off Melissa & Joe Gorga For Talking Bad About Joe: ‘I Don’t Like It’

Teresa Giudice has had enough of her brother and sister-in-law speaking publicly about her estranged husband, Joe Giudice. The ‘RHONJ’ revealed in a new interview that if they continue to do so next season, she’s ‘going to explode!’

Teresa Giudice reveals she confronted Joe Gorga and his wife Melissa about badmouthing her estranged husband, Joe Giudice. And, that little chit chat came with a warning to stop talking negatively about the father of her four daughters, Gia, 19, Gabriella, 15, Milania, 14, and Audriana, 10. The Real Housewives of New Jersey star, 47, spilled the tea when asked she thinks about the Gorga’s “speaking so poorly” about Joe.

“I don’t like it and I told them no more,” Teresa told AllAboutTRH, in an interview published on March 7. “I mean, listen, my brother is upset. And, my brother has kept his mouth shut for a long time but now I told both of them [Melissa and Joe] to quit it. I do not want them to say one more thing about Joe Giudice.”

Teresa went on to admit that things will escalate if her brother and sister-in-law continue to talk badly about Joe. “Going into the next season — if they say boo about him — I am going to explode,” the cookbook author admitted. “They know not to talk about him anymore. And my kids don’t want to hear it.”

Joe Gorga hasn’t hidden his disdain for Teresa’s estranged husband, especially since the now ex-couple announced their split in December 2019.

Teresa confirmed the split just weeks after she and their four daughters after visiting Joe in his native Italy. He has resided there with family since he was released from a federal prison, where he served time for tax evasion. Joe is currently awaiting a verdict on his appeal against his deportation.

Toilet rolls listed on eBay for up to £1,000 as supermarkets shelves cleared amid coronavirus panic stockpiling – The Sun