Home » Celebrities » The Best Dressed Stars At The 2021 Academy Awards 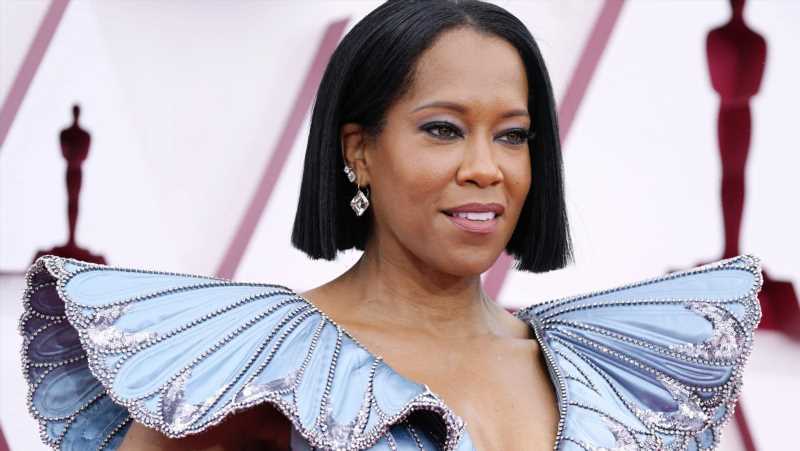 The Best Dressed Stars At The 2021 Academy Awards

We knew the Oscars were going to be different from other pandemic awards shows. Firstly, there were no masks. And, the 93rd Academy Awards had a real red carpet! Rejoice! Stars were not allowed to participate remotely, so we actually saw them debut their incredible looks live — albeit socially distanced.

The wait for a taste of normalcy in Hollywood was definitely worth it, with stars from Regina King, to Andra Day, to Amanda Seyfried, and Carey Mulligan serving up some memorable fashion moments.

Although there were more best dressed celebrities than we can count, some stood out, whether it was for their daring looks the internet is buzzing about, or because, wow, we were blown away! Yeah, can we have, like, any or all of these gowns?

Andra Day, who is nominated for Best Actress for her role in “The United States vs. Billie Holiday,” wore gold, perhaps in homage to the coveted golden statue that is awarded at the Oscars.

But this dress was also about bringing sexiness to the red carpet, with a thigh slit so high, well, you can see where we’re going with this. About the gown, which also featured a cutout midriff, Day’s stylist Wouri Vice said, “There’s cut-outs, leg, peekaboos, it’s a scandal” (via Vogue).

One thing is certain — the star’s Vera Wang gown will be talked about for a lot longer than just awards season (via Yahoo!).

Is it ever a best dressed list without Reese Witherspoon on it? We don’t think so! Tonight, the actress donned a scarlet, Grecian-inspired gown that screamed “effortless beauty.”

But apparently beyond just looking amazing, the star was also feeling grateful just to be out and about amid a pandemic. “I’m so honored to be a part of this evening, celebrating the magic of movies and their ability to make us feel more connected to the world around us,” Witherspoon shared as a caption to an Instagram image of her Academy Awards look.

Meanwhile, some of the actress’ celebrity friends were quick to praise her look, with Candace Nelson commenting, “Yassssss this dress, this hair, this [is] everything.”

Oh Halle Berry, how do you do it? It’s almost as if the 54-year-old doesn’t age. Or maybe she is getting younger! While we were blown away by her mauve gown that featured a sweetheart neckline and an oversized bow at the waist, most people were talking about the star’s new bob haircut (via InStyle).

Berry, an Oscar winner herself, hinted pre-ceremony she may have chopped off her hair with a shot of hair strands scattered on a floor or counter on her Instagram Story. And wow! She can truly do no wrong.

We are loving H.E.R.’s embellished purple cape-style dress, that yes, featured a hoodie. The singer, who is nominated for her Original Song, “Fight for You” from “Jesus and the Black Messiah,” paired her violet-hued look with her trademark matching glasses, and purple eyeshadow. Overall, H.E.R. was a vision in purple, and we are more obsessed with her than ever.

Amanda Seyfried, nominated for her role in “Mank,” was a lady in red on the Academy Awards red carpet. The Armani gown was designed by none other than Giorgio Armani according to Vogue. “I wanted to highlight Amanda’s personality with this dress, which gives shape to passion,” the designer told the magazine, adding, “Finely-pleated, it forms into a petal shape like an upside-down flower, enhanced by a hibiscus red hue.”

Regina King, director of “One Night in Miami,” opened the Oscars with a bang, and looked amazing doing it. The actress donned an angelic-looking, embellished blue gown that seemed to have wings instead of shoulders. According to Entertainment Tonight, the dress was designed by Louis Vuitton. Bustle noted the dress took 140 hours to make, and featured 60,000 sequins. Meanwhile, Harper’s Bazaar’s take was that King emoted some modern-day Cinderella vibes.

Nominated for her role in “Promising Young Woman,” Carey Mulligan brought it on the Oscars red carpet, wearing a voluminous skirt and bandeau top in shimmering gold, designed by Valentino Haute Couture (via People).

The look won big, with Elle calling her a “modern princess,” and Bustle said the outfit “deserves its own award.” Over on Twitter, fans of Mulligan’s dress called it “stunning,” and “jaw-dropping.” One Twitter user even joked, “Definitely saying YES to this Dress.”

Daniel Kaluuya Tributes Black Panthers In Oscars Speech: 'They Showed Me How To Love Myself'