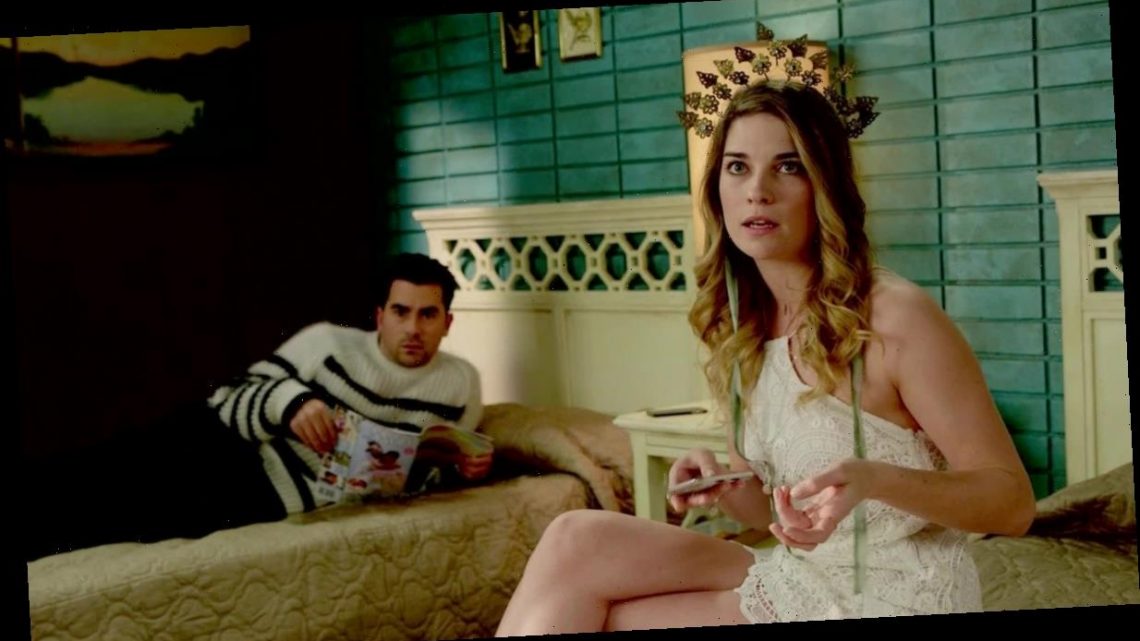 Even though it’s already over, Schitt’s Creek is having a moment. The series was buoyed by its historic sweep at the 2020 Emmys, followed by its Season 6 arrival to Netflix. The result is a brand-new audience finding the series for the first time. But even the hardcore, longtime fans might not know there is even more Schitt’s Creek out there to enjoy. ICYMI, the show has a YouTube channel filled with bonus content, including a companion series of webisodes called Inside Schitt’s Creek. For those who cannot get enough of the Rose family (hello, it’s me), this is a godsend.

When Schitt’s Creek was first released back in 2015, the idea of hidden content via webisodes was all the rage. The concept of special online-only shorts for the hardcore fan to watch and keep the show’s hype going seemed a no-brainer and viewed as a way to drive traffic to the show’s website. Inside Schitt’s Creek is no exception. The first season of these 1-2 minute shorts was initially uploaded to the CBC website back in 2015, as a supplement to the show’s first season on CBC and Pop TV.

However, like most things released in this era between the introduction of original streaming content and the explosion of streaming platforms, most webisodes eventually came to YouTube. By 2016, and Inside Schitt’s Creek Season 2, the CBC uploaded all the episodes to the Schitt’s Creek YouTube channel.

The opening webisode, which purports to be a tourist video advertising the town, will give viewers a good sense of the rest.

Though it’s not clear if the actors are scripted, the resulting takes certainly feel improvised. Both Eugene Levy and Dan Levy got their start doing improvisational comedy on their feet. Father Eugene rose to fame via SCTV, and son Dan became a household name up north via MTV Canada for his quick thinking and spontaneous interview style. Furthermore, Eugene Levy and Catherine O’Hara have been improving together for decades via the Christopher Guest films like Best In Show and A Mighty Wind. These delightful little one-offs are a testament to their talent.

There are four seasons of Inside Schitt’s Creek webisodes, 52 shorts altogether. Each set functions as a companion to the corresponding first four seasons of the parent series. But they also feel like little standalone sidecar moments that enhance viewers’ enjoyment of the show. As everyone gets caught up with the series on Netflix and Comedy Central, make sure to head to YouTube (or the CBC site) afterward and watch them all.

Here’s Why Your Hangover Steadily Gets Worse During The Day