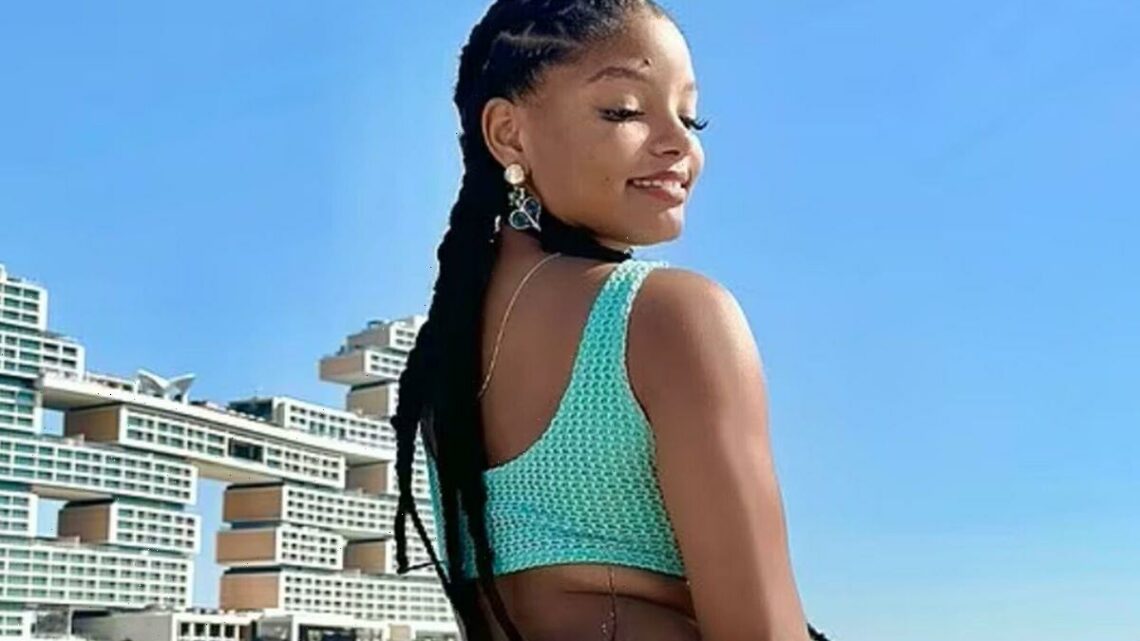 Halle Bailey flaunted her hourglass physique yesterday in Instagram snaps as she enjoyed a day off at the beach in a turquoise bikini. The Little Mermaid actress quoted her mentor Beyoncé’s song Cozy, as she captioned the images: “Comfortable in my skin”.

The Atlanta-born beauty was makeup free but showed off voluminous lashes and glossed lips.

Her gorgeous complexion was on full display as she soaked up the balmy temperatures on the beach.

Her long, dark hair was braided and worn in a long style that passed her hips.

The music artist showed off her underboob in the swimwear’s woven, dip-front top.

Halle added chunky earrings that contained a heart shape while getting ready for her big role in the upcoming Disney epic.

She added a pair of rectangle-shaped sunglasses with dark-tinted lenses.

Chloe joined her sister for the fun in the sun, appearing alongside her in one snapshot

It comes after Halle stunned on Saturday in an off-the-shoulder brown gown as she attended the opening of the new luxury hotel.

The sisters initially garnered attention as singers with their joint YouTube channel around ten years ago.

Mentored by Beyonce, the musical duo have gone on to earn five Grammy nominations

While Chloe is working on her debut album as a solo artist.