Home » Celebrities » ‘The Resident’ Preview: Nic & Conrad Have A Sexy Makeout Session Before A Surprise Proposal 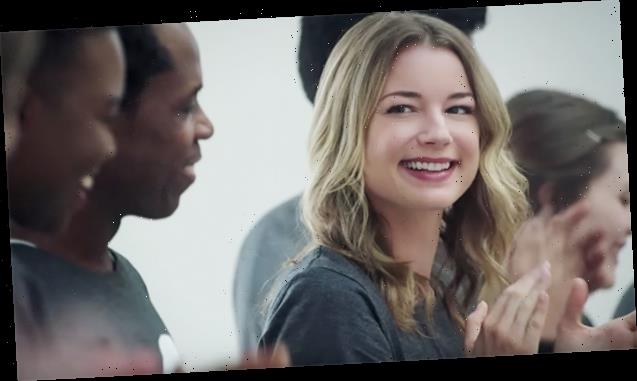 ‘The Resident’ Preview: Nic & Conrad Have A Sexy Makeout Session Before A Surprise Proposal

Love is in the air on ‘The Resident.’ In this EXCLUSIVE preview of the March 3 episode, Nic and Conrad share some steamy kisses before a major proposal goes down at the hospital.

Nic walks into Conrad’s office and he walks right up to her for a kiss in this EXCLUSIVE preview of the all-new episode of The Resident. Their sexy makeout session doesn’t slow down until Nic says they have to go. Nic takes off Conrad’s shirt and puts another one on with the letter A. “Now your turn,” Conrad says to Nic, who has her Y shirt on already.

Nic and Conrad have been enlisted to help one of their co-workers with an epic proposal. Irving shows up in a snazzy suit, complete with coattails, to propose to Jessica. He begins to recite one of Shakespeare’s sonnets to her. She cuts him off to tell him that this is “so romantic.” He tries to continue but changes his mind.

He turns her around to show her the team of doctors spelling out “will you marry me?” He gets down on one knee to propose. Before he finishes, she tackles him. “I don’t care. Yes!” she yells. Irving turns to the team and says, “We’re getting hitched, baby!” Nic and Conrad give each other a look as they celebrate Irving and Jessica’s proposal.

The synopsis for the March 3 episode reads: “When Nadine’s father comes to town for her birthday, Devon enlists the help of the whole staff, as well as one of his patients, to ensure that he makes the best first impression. Red Rock decides to cut the entire OBGYN department and Logan Kim leaves Conrad with the difficult task of letting the residents go. Meanwhile, Nic cares for a teenage patient whose condition is deteriorating.” The Resident season 3 airs Tuesdays at 8 p.m. on FOX.