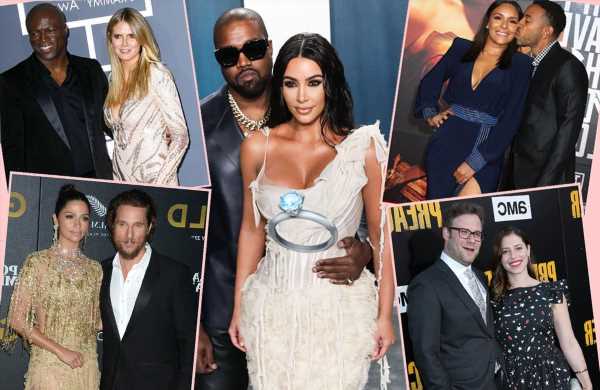 No one knows how to create a wild and lavish marriage proposal quite like a celebrity — who has millions of dollars at their fingertips to make sure that when they pop the question, it is truly a magical (or potentially awkward) occasion! But even if they’re somewhat a fail at times, some A-listers just have the best proposal stories we’ve ever heard! So in no particular order, here are some of our favorites so far, from over-the-top stadium proposals to an intimate engagement inside an igloo, and more! 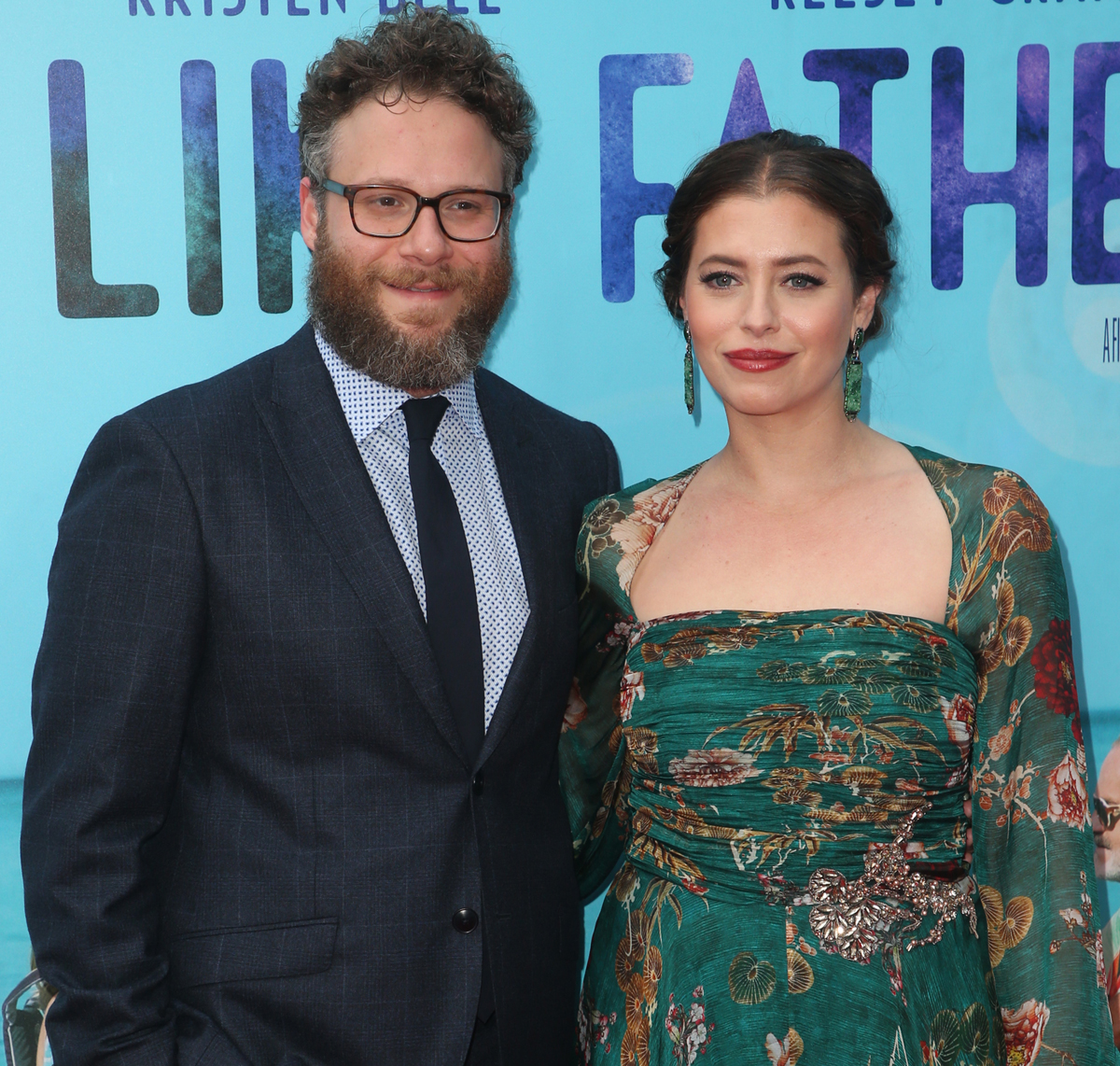 While one probably shouldn’t follow in the footsteps of Seth Rogen when it comes to getting down on one knee, we cannot deny that his NSFW proposal to screenwriter Lauren Miller was somewhat adorable … and hilarious.

During an appearance on Conan, the 39-year-old actor admitted he had some big plans to propose to his girlfriend. However, it soon all went out the window when he became so overcome with nerves and opted for an impromptu proposal instead.

“I had all these elaborate plans, you know, and when I got the ring, it was so nerve-racking having this ring like literally I felt like someone had given me a truckload of heroin to hold on to. I was just so nervous when I got it. I couldn’t have a conversation with my girlfriend, all I could think was this ring, ‘don’t mention Lord of the Rings, don’t say anything about a ring.’”

“So I had all these plans, but like the day I got the ring, literally the second I got it, I walked right upstairs to where she was to propose to her. But she was in our closet changing, and she was literally only in her underwear, and her boobs were out. And I had already kind of started, I was like ‘Oh man, her boobs are out, that’s not part of the plan. I didn’t picture it like this, and I know she didn’t picture it like this.’ No little girl is like ‘It’ll happen in a closet with my titties out.’”

So what does Rogen do with the ring? Well, the Neighbors star definitely did not place it on that finger! He told Conan O’Brien at the time:

“I figured the only appropriate thing was to place the ring on her nipple.” 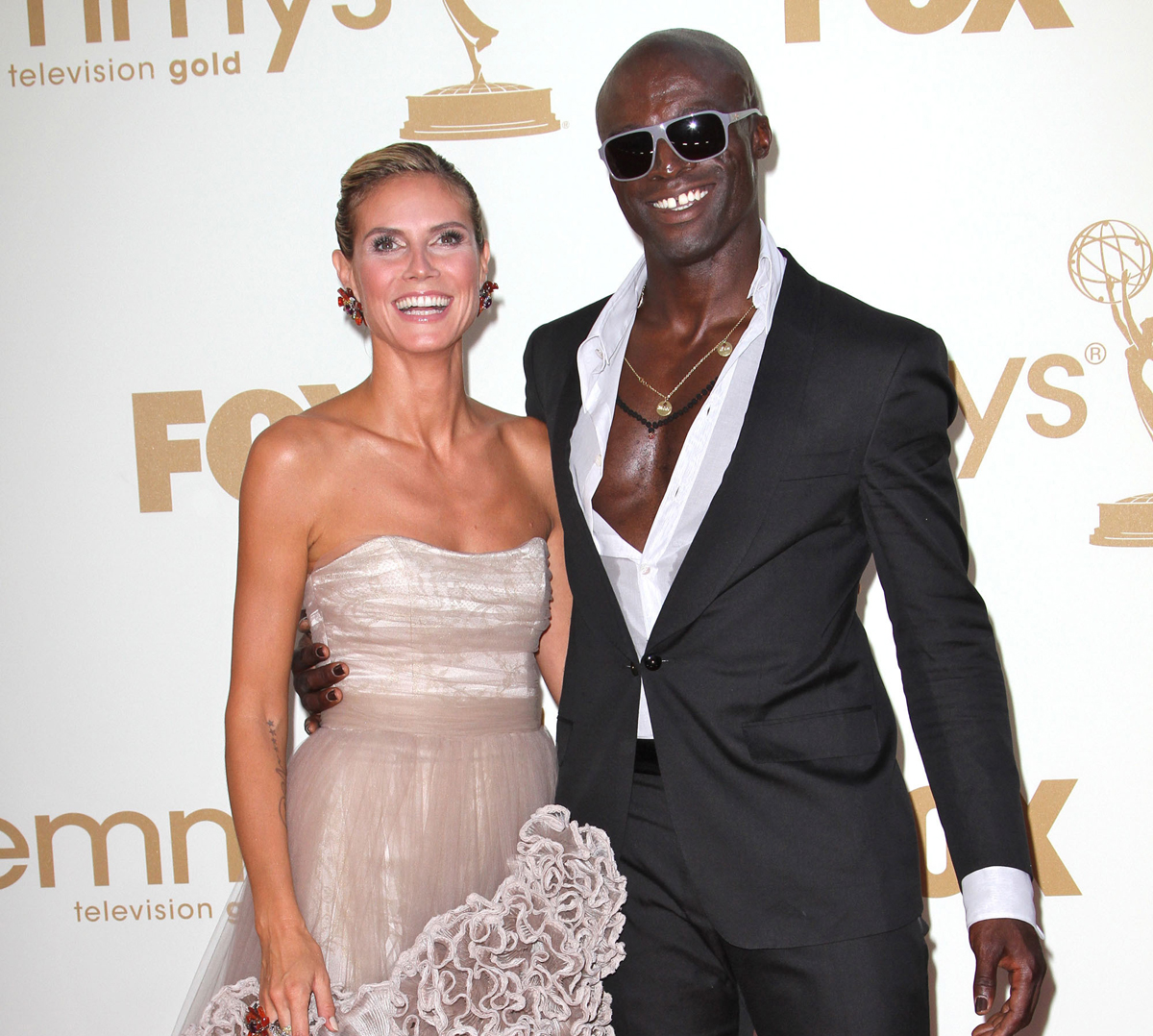 Even though Heidi Klum filed for divorce from Seal after seven years of marriage in 2012, the way the 58-year-old singer proposed to her is one for the record books! While vacationing in the Canadian Rockies in 2004, he whisked the supermodel away in a helicopter up to a mountain where he had an igloo built on top. Yep, you read that correctly – and it doesn’t stop there!

There was also a bed inside with rose petals, candles, food, and champagne all around. Klum previously told Marie Claire about the intimate scene:

“They’d brought up everything: a bed with sheets inside the igloo, rose petals everywhere, candles. Very, very romantic! There was food and champagne, and then the helicopter left. It was a little scary, too, because you’re so cut off from the world. No trees, nothing – it was hardcore. But I was ecstatic.”

Seal really pulled out all of the stops for this one! 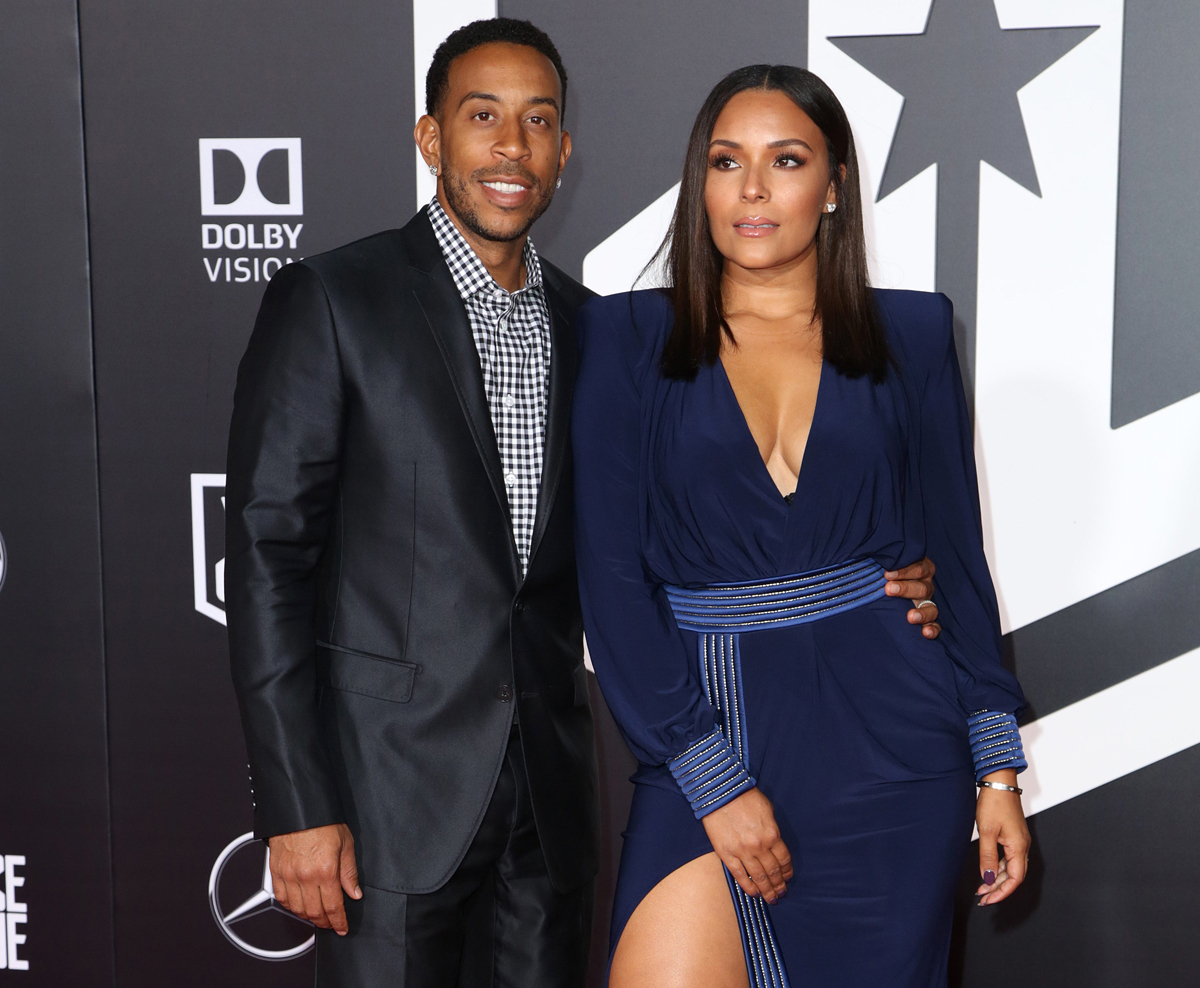 Ludacris was one of many celebs who took to the skies when he popped the question to his now-wife Eudoxie Mbouguiengue! The rapper got down on one knee while they were up in the air on his private plane in December 2014, while the words “Eudoxie will you marry me” were written in the grass onto the ground below. Obviously, she said yes! Ludacris said on The Ellen DeGeneres Show of that special moment:

“I look at myself as a pretty romantic guy. I’m a creative guy. You gotta be creative, you gotta be different. And these things stick with women for the rest of their lives so I had to go above and beyond. Of course, she burst out into tears and was just extremely happy. So it was a pretty original idea.”

And as you may know, the pair then tied the knot just a few days later, and they’ve been together ever since! You can ch-ch-check out the sweet gesture (below): 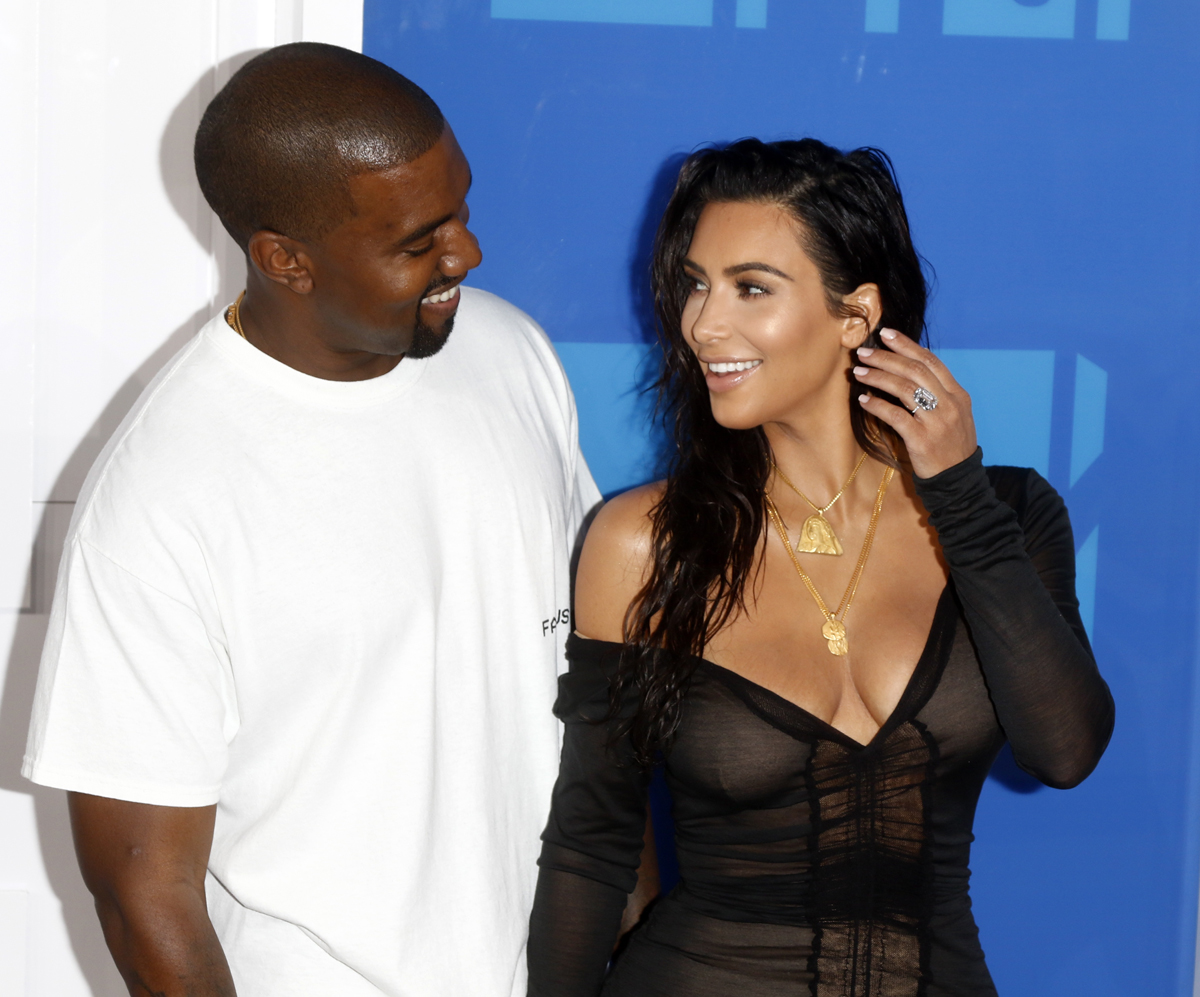 Kanye West (unsurprisingly) went above and beyond when it came time to ask for Kim Kardashian’s hand in marriage! He rented out the AT&T Park in San Francisco on her 33rd birthday and had an orchestra playing Lana Del Rey’s Young and Beautiful and a pyrotechnic display to greet them when they arrived at the baseball stadium.

Soon a message from Kanye lit up on the jumbotron while he dropped to his knees, saying:

However, the surprise wasn’t over yet! When Kimmy Kakes said yes, her entire family and friends who witnessed the proposal ran out to surprise her afterward.

If you somehow haven’t been keeping up with the couple, the reality star ended up filing for divorce in 2021 and has since moved on with Pete Davidson. Meanwhile, Ye has recently started hanging out with actress Julia Fox — despite his public pleas to win Kim back. And although the parents aren’t together anymore, this proposal truly was such a romantic moment. You can watch it (below): 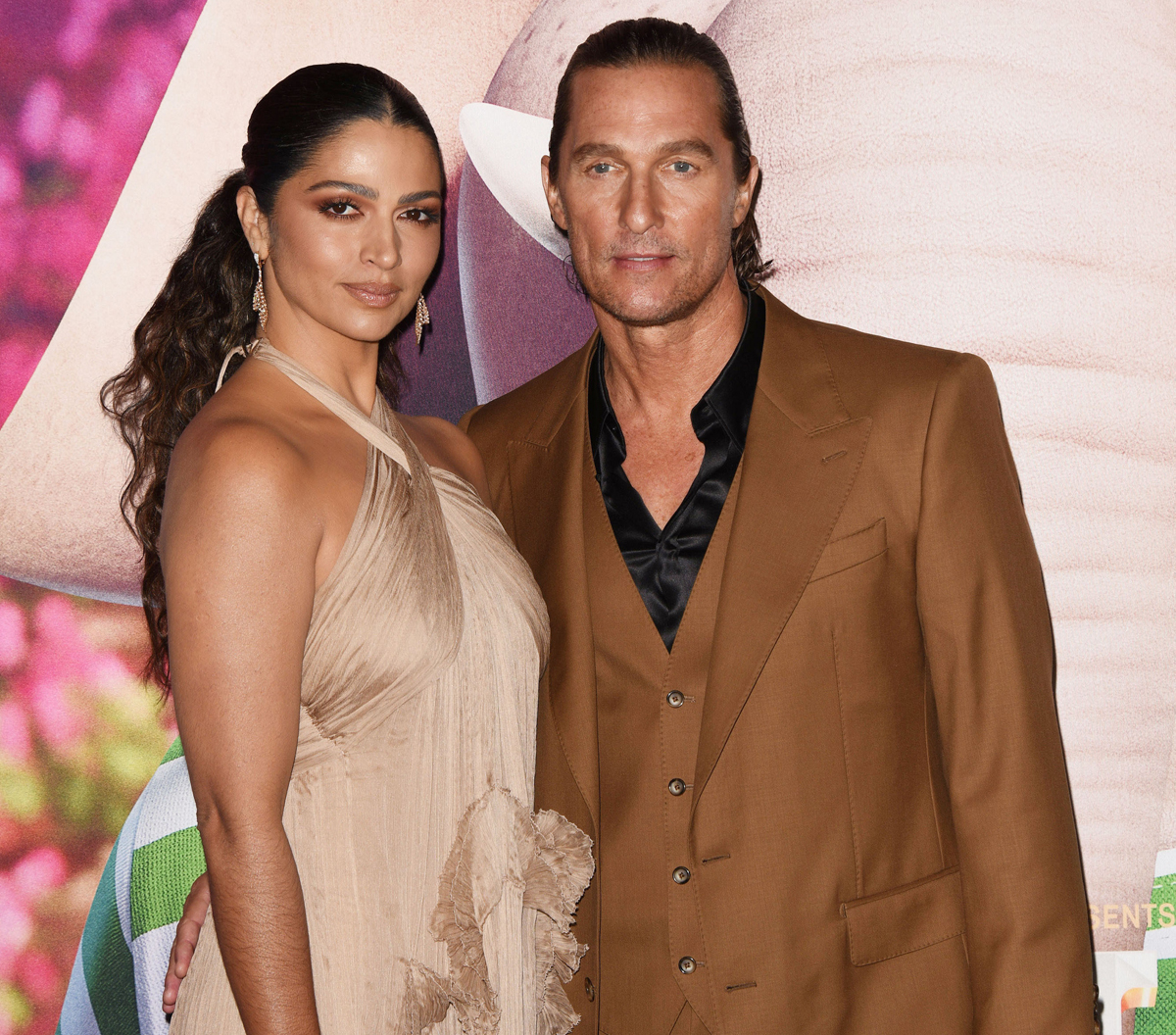 Worst fear unlocked? Camila Alves made Matthew McConaughey sweat a little bit when she didn’t exactly say “yes” the minute he got down on one knee in front of the whole family during Christmas! The Sing star revealed on The Tonight Show with Jay Leno in 2012:

“At Christmas time, we go around our family, and everyone takes turns opening presents. So I had wrapped the engagement ring in about eight different boxes deep, so she would keep opening boxes to get with it. We finally got to her, and I’m calling my family over. She gets to it, she opens it up, her eyes go wide. I take a knee, and I ask her, ‘Will you marry me and take my name?’”

That is when things took an awkward turn…

Eventually, Camila “conceded” in the end, and they’ve been married for 9 years now! Phew! 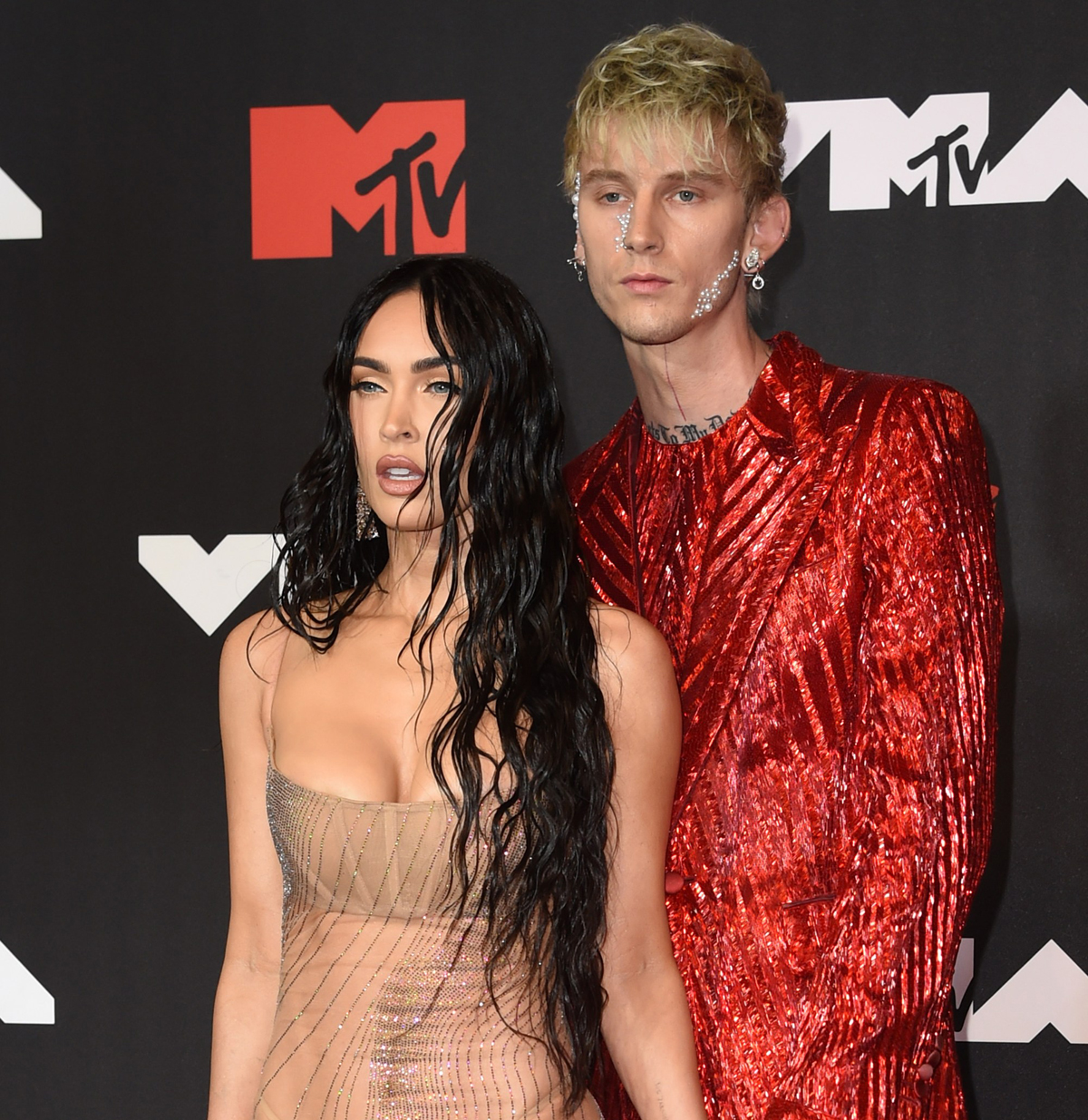 We have to admit Machine Gun Kelly and Megan Fox’s proposal was nothing but on-brand for the couple! The duo announced this week that the 31-year-old artist proposed to her on January 11 – and she, of course, said yes!

The Jennifer’s Body actress posted a sweet video of when MGK dropped down on one knee, showing different angles of the sweet engagement. However, that is not what caught people’s attention! After she agreed to marry him, they supposedly DRANK EACH OTHER’S BLOOD to seal the deal! Megan wrote in the caption of her announcement:

“In July of 2020 we sat under this banyan tree. We asked for magic. We were oblivious to the pain we would face together in such a short, frenetic period of time. Unaware of the work and sacrifices the relationship would require from us but intoxicated off of the love. And the karma. Somehow a year and a half later, having walked through hell together, and having laughed more than I ever imagined possible, he asked me to marry him. And just as in every lifetime before this one, and as in every lifetime that will follow it, I said yes.”

So sweet! But then she added:

“…and then we drank each other’s blood”

Yup, there it is.

What else can we expect from twin flames, huh! We mean, Megan has even placed some of her blood in a necklace for MGK, so it would not surprise us if the pair really tasted some of each other’s blood to solidify their union. Still, this moment may become one of the craziest celeb engagements in the history books just because of that line! Watch the proposal (below):

What is your favorite celebrity proposal stories of all time, Perezcious readers? Let us know in the comments (below)! 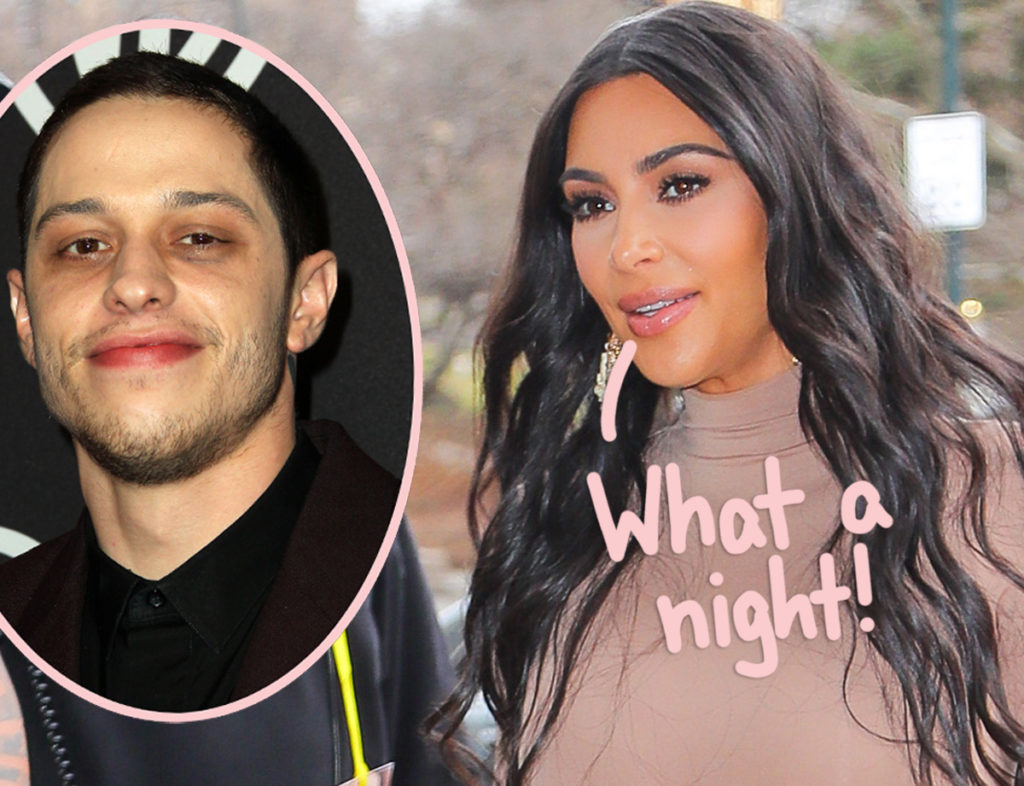 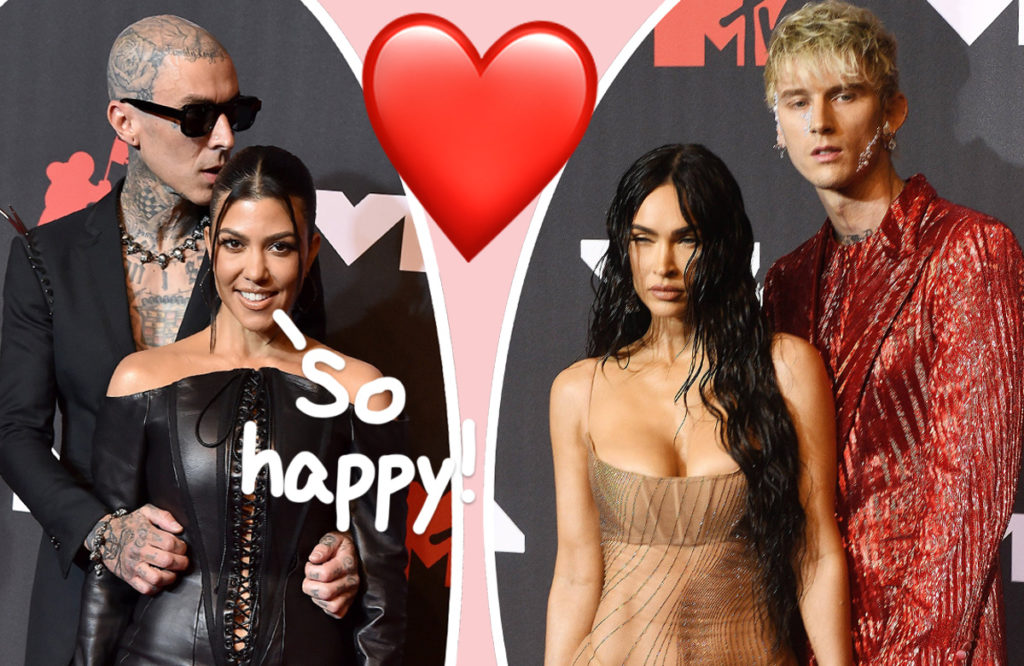 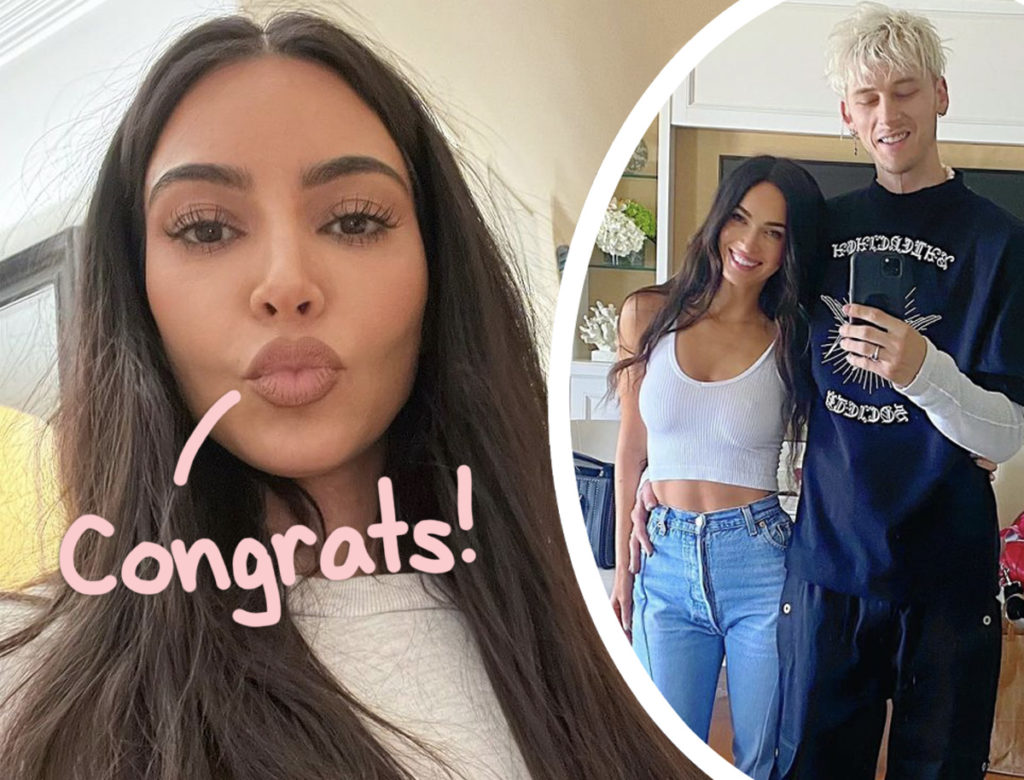 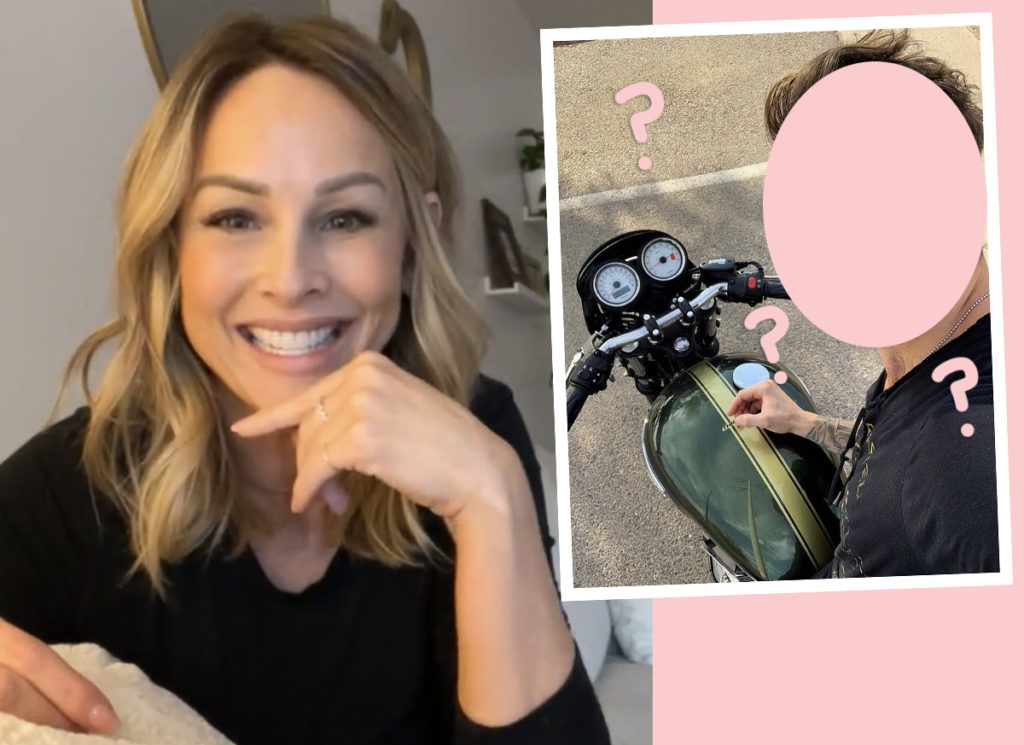