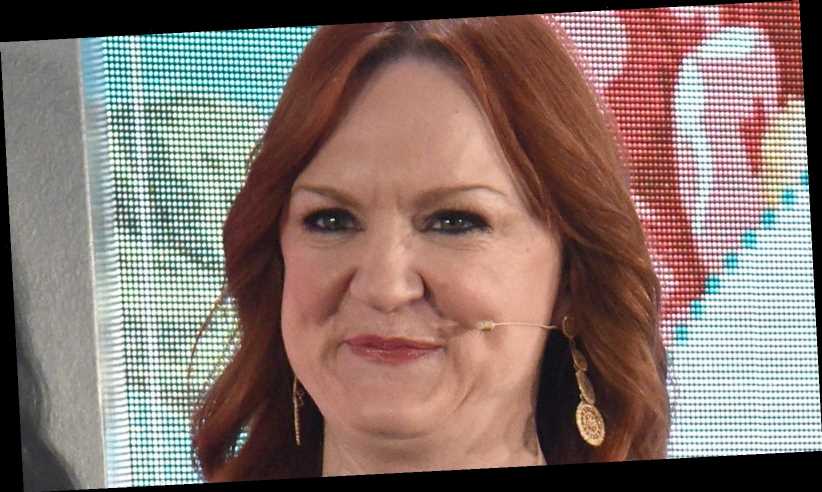 The Unwelcome Guest That Freaked Out Pioneer Woman Ree Drummond

Cooking-show fans know that what you see on the screen isn’t necessarily the whole story behind the filming process. For instance, competition shows take a lot longer to film than you might think, and sometimes the judges even taste the dishes before they’re officially plated and served, since the food is often cold by judging time (per Insider). Chefs who cook when guesting on talk shows actually prepare a second finished dish beforehand, so the food can be served on-camera right away (via E!). But there are some things that come as a surprise — even to the chefs themselves. Ree Drummond, best known as The Pioneer Woman on Food Network, recently found that out the hard way.

A new video Drummond posted to her Instagram account shows her in her home kitchen, prepping a bread bowl to hold beer cheese soup. Drummond’s daughter Alex, Alex’s fiancé, Mauricio, and Rummond’s nephew Stuart Smith were on hand to help with the filming. Suddenly, a large rat ran across the floor, sending the kids shrieking and jumping on chairs. Drummond, who didn’t see the intruder, asked what the problem was — and did her own share screaming when she found out. “Are you serious?” she asked. “I can’t film, you guys. I’m so mad!” The rest of the clip shows Drummond pranking Mauricio by pretending to see the rat. “I hope it eats you,” he tells his future mother-in-law. Alex then gets revenge on her mom by doing the same to her.

Ree Drummond's visitor was no Ratatouille

Ree Drummond used her filter to write, “I don’t like rats. At all” over the video. She also pointed out the area where the rat probably got in — a water leak by a sink in a corner of the kitchen undergoing renovations. But the Pioneer Woman is nothing if not a good sport. In the caption to her post, she wrote, “I consider myself a trailblazer on Food Network. After all, I think I’m the only host on the network that’s had a large pack rat run through the kitchen in the middle of filming a cooking show.”

Fans had a good laugh over the incident, too, with comments like: “This is priceless!” and “Best laughs I’ve had in months! But only because it’s in your place and not mine!” Some followers commented that a rodent or two is to be expected on a farm. And, of course, there were plenty of references to a certain Disney/Pixar movie about a rat in a kitchen: “It’s Remy from Ratatouille!”

So did the Pioneer Woman finally send the critter out, or did it stay and help her finish making the soup? She promises that “the full saga” will be presented on her new episode on February 14.