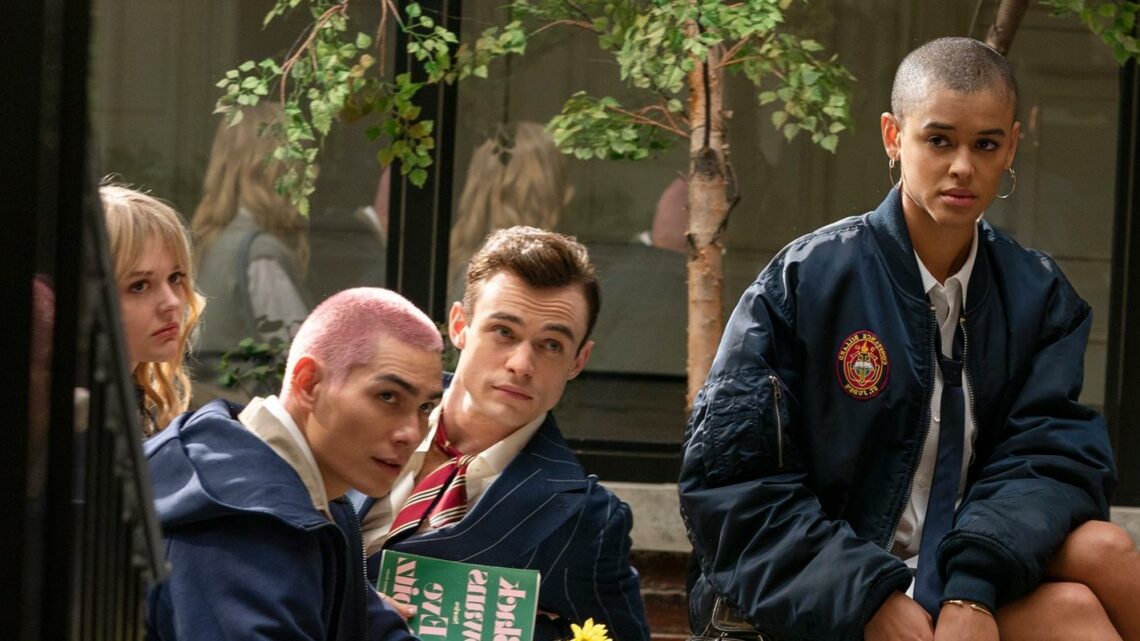 The new Gossip Girl has premiered on HBO Max and there was already a big reveal in the first episode!

Viewers have already learned who is behind Gossip Girl, and if you haven’t checked it out yet, head to the streamer to watch it now.

The twist of GG’s identity being revealed so early on in the series, and not leaving it to fans to guess was actually a decision that was made right away.

“I just felt like it was very important for the audience to know off the top that this show is different from the first time,” showrunner Joshua Safran told THR.

“I wanted people to know from the top that the show was different, that the show wasn’t going to be what you saw the first time around,” he continued. “I also feel like it’s very important not to do the exact same show again because if I wanted to do the original show, we would’ve brought the original cast back—they wouldn’t have done it because they have careers of their own and families. But because it’s not the original cast, it had to be a new show and this twist makes the show something new, something different, kind of even almost stands on its own while also having all of the DNA of the original and all of the twists and stuff that you love.”

Whitney Peak admits that she was put off by the idea at first.

“I was shocked. At first I was very put off by it in the way that I said to myself, ‘They just revealed who Gossip Girl is. What? Nobody’s going to watch the show now,’” she told THR. “Then you realize that the audience is actually in on something that the characters aren’t, so it’s really, really interesting because they feel like they’re part of the entire thing and the inner workings and mind of Gossip Girl.”

Gossip Girl will premiere new episodes each Thursday at midnight on HBO Max through August, before taking a break. Part 2′s six episodes will then air later in the fall.