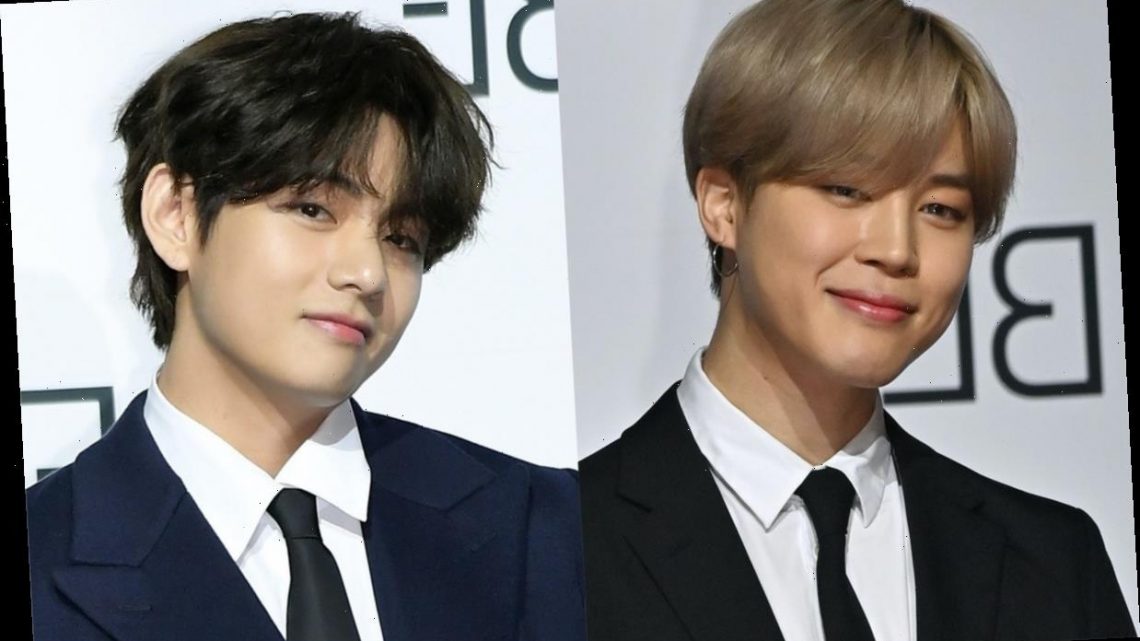 Each week, ARMYs tune into Run BTS! to see RM, Jin, Suga, J-Hope, Jimin, V, and Jungkook’s latest shenanigans. On Tuesday, Feb. 2, the septet played "Lucky Seven," during which they participated in a set of 14 different challenges, like hula hooping, blowing bubbles, and cup stacking. Being the competitive guys that they are, BTS tried their hardest to outperform the rest. When it came down to rock, paper, scissors, Jimin and V hilariously tried to add some music to add to the excitement. In the end, they sang their Map of the Soul: 7 duet together. This video of BTS’ Jimin and V singing "Friends" while competing is total friendship goals.

BTS actually began "Lucky Seven" in the previous Run BTS! episode. During the show, the guys said they created the game and named it after the number of members in the group, as well as the game’s focus on pure luck. For example, in the latest episode, the guys took turns blowing bubbles through a hula hoop. It sounds easy, but BTS made the challenge as hard as possible by putting the hula hoop all the way across the room. They also tried getting a ping pong ball to land in a trash can backwards, flipping a water bottle to get it to land right on the floor, and going through a maze of strings without knocking any of them down (Think of it like a spy mission where you can’t touch any of the lasers).

The highlight came around the 31:00 mark when Jimin and V competed against each other in a round of rock, paper, scissors. As ARMYs know, BTS use RPS as a fun way to make group decisions, so they’re pretty much pros at this point. During the new episode, the two hilarious kept pulling out the same move, which caused Jimin to hug V and say, "We are really friends."

As if their interaction couldn’t get any cuter, V chose "Friends," which is him and Jimin’s duet off BTS’ 2020 album MOTS: 7, as their background music for their next match. They couldn’t help but sing along to the lyrics.

ARMYs thought the moment was so sweet.

V and Jimin really do have the purest friendship!