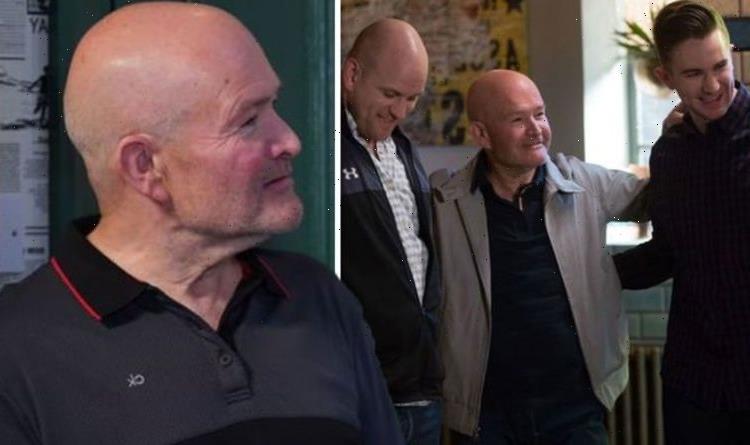 EastEnders: Jonno Highway returns to the square to see his sons

Richard Graham, 61, who played Quartermaster George T Rowe in the 1997 film Titanic, has opened up on his “trepidation” ahead of joining the EastEnders cast. The Gangs of New York actor starred in the BBC soap for a guest stint in 2019, taking on the role of Jonno, the dad of Stuart (played by Ricky Champ) and Callum Highway (Tony Clay).

Reflecting on his doubts about joining the series in an exclusive interview with Express.co.uk, Richard admitted: “I’ve got to say I had a bit of trepidation going into EastEnders.

“I didn’t know what to expect.”

Fortunately, Richard had nothing to worry about and enjoyed working with the cast and crew.

He added: “But I had the absolute loveliest time and all the cast, the crew, are a really lovely bunch of people and I really enjoyed it.”

Richard also enjoyed portraying Jonno, as he was a bit of a villain in the show.

He explained: “I don’t tend to play many pleasant people, but it just gives you something to get your teeth into.

Richard added: “You just go in and it’s crash, bang, wallop, and upset everybody, and then leave!

“I think probably if you ask any actor do they love playing baddies, everyone would agree because it’s further away.

“It actually gives you something to get hold of.”

Richard went on to tease the potential return of Jonno to Albert Square.

The actor explained he would “love” to make a comeback to the soap if they gave him a chance to “cause mayhem again”.

He revealed: “Oh, if they found a good storyline where I could come in and cause mayhem again, absolutely!

During his stint in EastEnders, Richard’s character Jonno caused a row at the Queen Vic with Ben (Max Bowden) and Phil Mitchell (Steve McFadden).

Jonno also made it clear he was disappointed in his son Callum’s career choices after leaving the army.

Richard went on to recall his time working with Leonardo DiCaprio, 46, and Kate Winslet, 46, in Titanic.

He revealed that the acting megastars were “down to earth,” as “they have no need to flex their muscles”.

Richard divulged: “[They are] lovely, absolutely.

“I know people say that, but it’s absolutely true, and I worked with Leo a few years later on Gangs of New York and he’s still lovely.

“In my experience, the bigger the star that I’ve worked with, the nicer and more down to earth they are.

“And the only people who I’ve found tricky, although nobody really, but the stories you hear are people where you think, ‘who are they? I’ve never heard of them.’

“It’s all about insecurity, the big guns know they’re at the top and they know they’re good, they have no need to flex their muscles.”