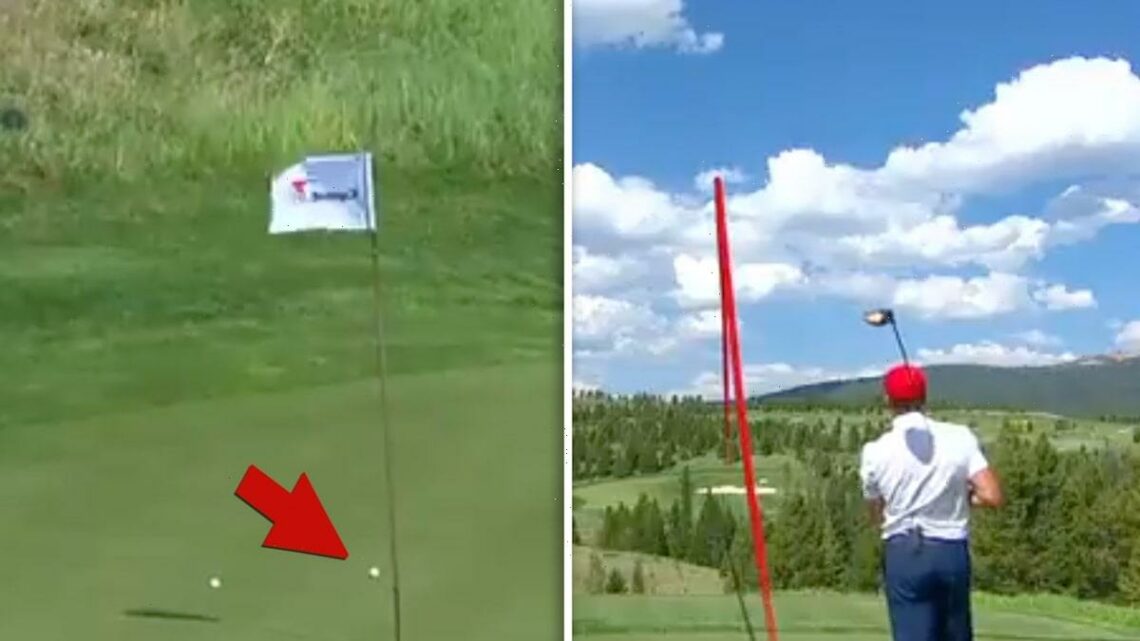 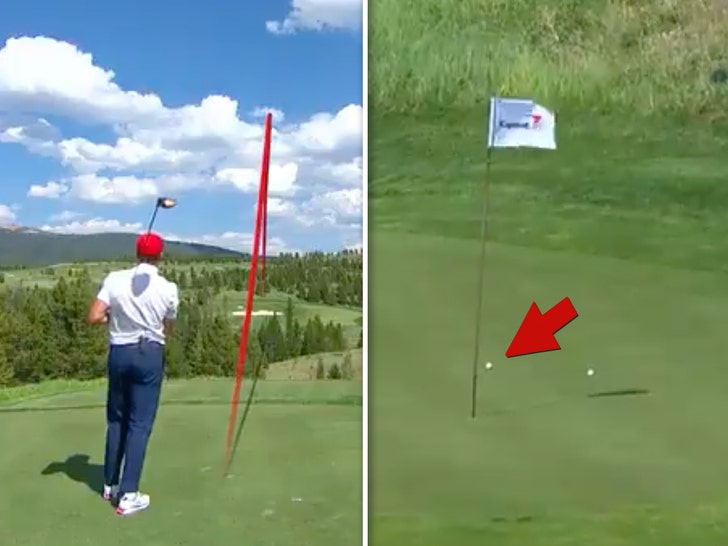 7:43 PM PT — Despite Brady’s pretty drive … Rodgers proved to be too much Tuesday — with the Packers star and DeChambeau ending up getting the best of the G.O.A.T. and Mickelson.

Both quarterbacks played very well … but Rodgers was lights out with his putter, and that was the difference in the evening.

Here’s Tom Brady proving he’s bad at absolutely nothing … smoking a tee shot so far on Tuesday, even Barack Obama couldn’t help but be floored by the swing!!!

The insane stroke all went down during the third hole of Tuesday’s “The Match” … when Tom crushed a drive so well, it traveled 390 yards and landed just feet from the pin!

Obama happened to be commenting on the hole for TNT’s broadcast during the swing … and he was left darn-near speechless, saying nothing more than “wow!”

The most impressive part about the swing? Tom and his partner, Phil Mickelson, needed it desperately after Bryson DeChambeau had just buried his tee shot a few feet away from the cup.

Mickelson ended up missing the eagle putt, but Brady and the golf superstar still won the hole … as both Aaron Rodgers and DeChambeau missed their putts.

Phil later told Tom on the next tee box it was one of the best drives he’d EVER seen … and yeah, watch the clip — it’s hard to argue with that.

“The Match” is all tied up through three-plus holes so far … and the smack talk is just heating up — with Phil already clowning Bryson for a bad tee shot on #4.

Getcha popcorn ready for these last 14-plus holes!

The Best Movies of the 2021 Cannes Film Festival, According to 31 Critics