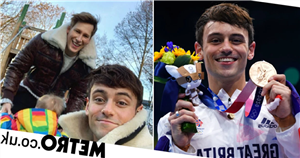 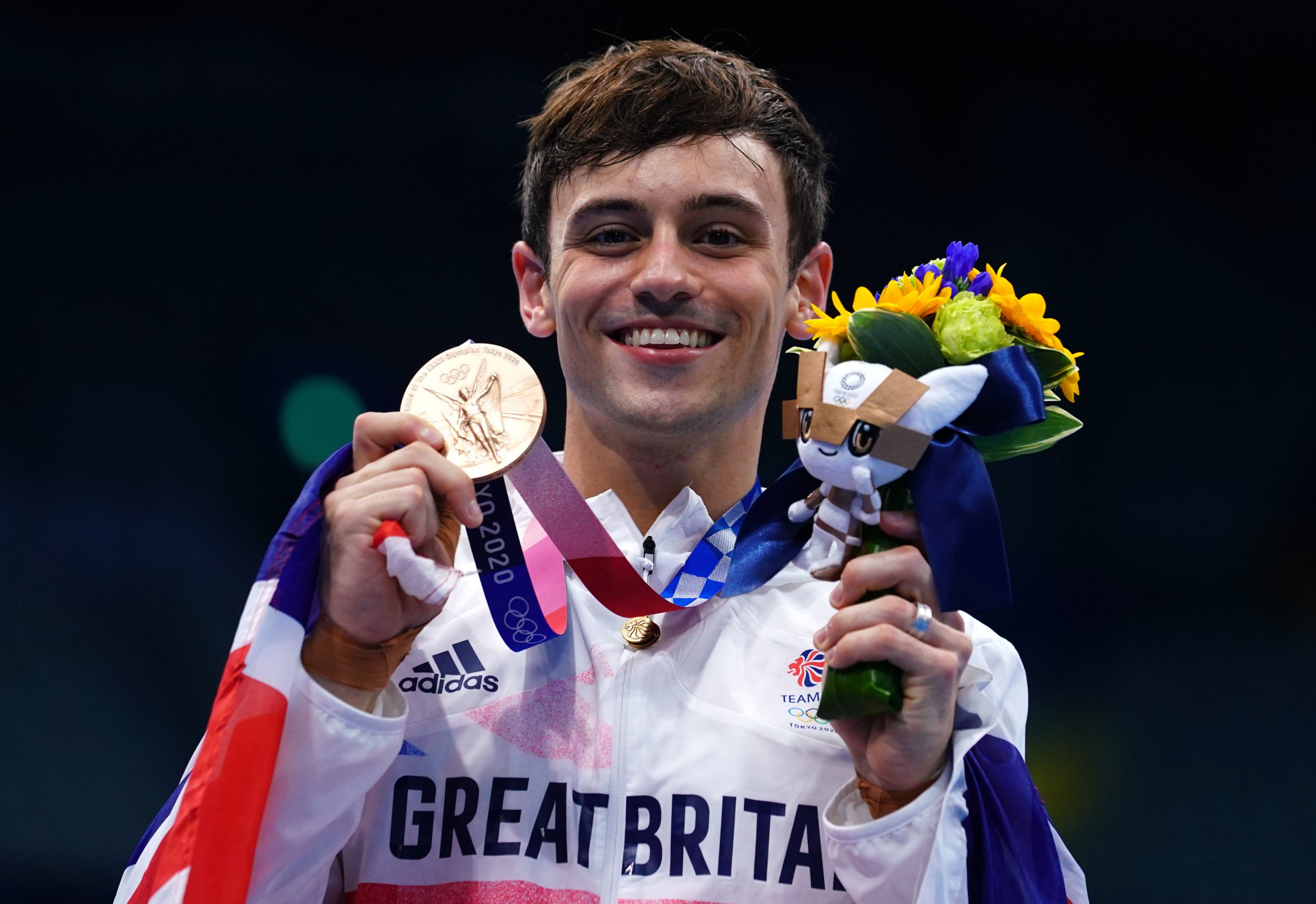 Tom Daley is in talks to write a children’s book following his success at the Olympics in Tokyo.

The 27-year-old diver, who became a dad to son Robbie in 2018 with his husband Dustin Lance Black, is said to be in meetings with publishers about dipping into his toe into the industry.

The opportunity comes ahead of the release of Tom’s debut memoir, Coming Up For Air, which is due to hit shelves later this year.

‘Tom has a huge appeal and because of his incredible sporting career he is a household name,’ an insider said.

‘His success at the Tokyo Games only made him stand out more and those
around him think a children’s book would be a brilliant step. As a father himself, he knows what works for children and what they like.’

The source continued to The Sun: ‘And being able to continue to inspire more children through a book is a real pull. Tom is incredibly busy, but this is something his team wants him to consider.’

Following anti-LGBT commentary on Russian state television, Tom pointed out that history shows society has been dictated from the ‘straight, white, male experience’.

Daley has been married for four years and has a son with husband American screenwriter Dustin Lance Black.

The Plymouth-born diver, who came out in 2013, is among a record number of LGBT+ athletes at these Games, some of whom have come in for offensive commentary from Russian state television.

‘Of course it’s come a long way,’ he told reporters. ‘There’s still a lot further to go. There are 10 countries that are competing at these Olympic Games where being LGBT is punishable by death.

‘I feel extremely lucky to be representing Team GB, to be able to stand on the diving board as myself with a husband and a son and not worry about any ramifications.

‘But I know that I’m very fortunate to have that and that there are lots of people who grow up around the world with less fortunate situations.

‘I just hope that seeing out sportspeople in all these different sports is going to help people feel less alone, feel like they are valued and can achieve something.’

After winning gold earlier in the Games, Tom said he hopes his victory acts as an inspiration for the LGBT community.

‘I hope that any young LGBT person out there can see that no matter how alone you feel right now, you are not alone.

‘You can achieve anything.’