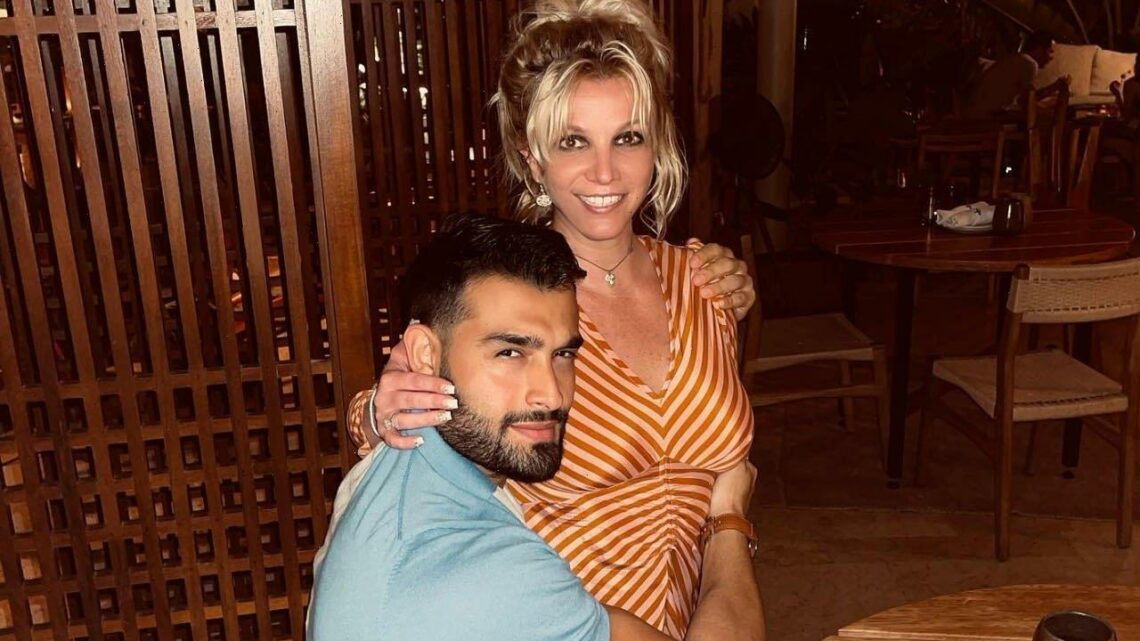 A fellow guest claims to have caught a glimpse of the ‘Oops!… I Did It Again’ hitmaker getting half-naked while frolicking with her husband in the pool of a Los Angeles hotel.

AceShowbiz –Britney Spears is apparently so comfortable in her own skin that she doesn’t mind stripping down in a public place. The pop star, who is known for her racy social media contents, has allegedly gotten topless during her recent visit to a Los Angeles hotel.

The 40-year-old singer and her husband Sam Asghari were hanging out at the famed Sunset Tower hotel over the weekend, per Page Six report. According to the site, a fellow guest caught the mother of two getting topless while frolicking in the hotel pool on Friday afternoon, August 26.

One source said, “Security stopped [them] because they thought they were going towards Britney.” The source claimed that the guest caught a glimpse when “Britney was in the pool topless, frolicking with her husband.” The spy further claimed, “They were raucous and didn’t care.”

Britney then allegedly “gets out of the pool, throws a towel over her boobs and lays out with the husband.” Dishing on the supposed sighting, the source said, “It was literally the [most surreal] thing that’s happened living in LA, ever.”

However, multiple insiders begged to differ, insisting that Britney did not bare any flesh by the pool and did not go topless.

At another point during Britney’s visit to the hotel, “guests’ jaws were dropping” because she was “running around the hotel shooting videos in her robe… and in the lobby,” other sources spilled.

On the same day Britney allegedly got topless in the hotel pool, she posted some racy snaps on Twitter to celebrate her collaboration with Elton John, “Hold Me Closer”. The new song, which is a mix of his 1971 hit “Tiny Dancer” with his 1992 song “The One”, along with parts of 1976’s “Don’t Go Breaking My Heart”, marks Britney’s first No. 1 song in six years, topping the iTunes charts in 40 countries upon its release last week.