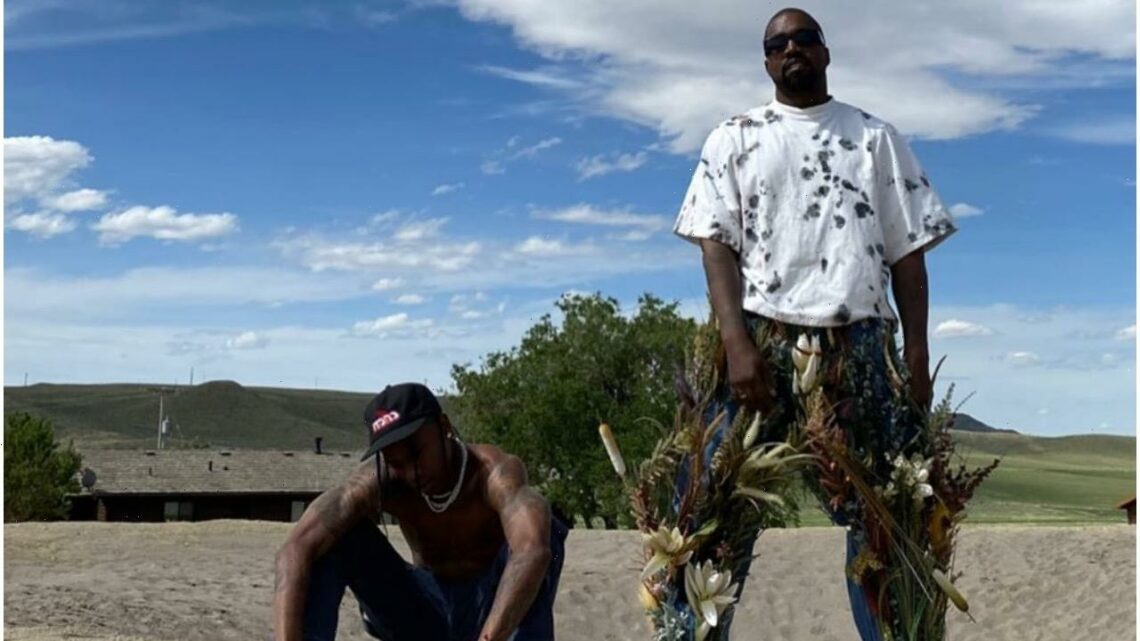 The ‘Astroworld’ rapper, who shares two children with Kylie Jenner, is the only one taking to his Instagram Story to pay tribute to the ‘Stronger’ hitmaker.

AceShowbiz –Kylie Jenner‘s partner Travis Scott (II) is the only member of the Kardashian/Jenner clan to wish Kim Kardashian‘s ex-husband Kanye West happy birthday on social media. The rap legend turned 45 on Wednesday, June 8, but his ex-spouse’s family snubbed his birthday. Hip-hop star Travis, who has Stormi, four, and a four-month-old son with beauty mogul Kylie, was the only one taking to his Instagram Story to pay tribute to the “Stronger” hitmaker. He captioned a snap of the pair, “Happy bday ye ye.”

Chaney Jones, who had a brief fling with Kanye, also wished him a happy birthday despite their breakup. Dubbed as Kim Kardashian-lookalike, the 24-year-old model struck up a relationship with the rap star back in February, and although the pair are said to have called things off, Chaney still took to social media to send her well-wishes to him. Alongside a photo montage, she wrote on Instagram, “Happy birthday baby. I love youuuuu.”

However, her birthday greeting came just a day after it was alleged that Kanye, who shares children North, Saint, Chicago and Psalm with reality star Kim, had split from Chaney as their relationship had just “fizzled out.”

A source, however, claimed that they were never “super serious” in the first place. “They were never super serious to begin with. Things between Kanye and Chaney fizzled out. He has been doing his own thing and has been dating around since his divorce with Kim,” so the insider said. “Kanye is trying to do his own thing and surround himself with people that make him happy and figure out what he wants in a partner before completely settling down.”

News of the alleged split came just days after ‘DONDA’ rapper Kanye took a trip to the cinema and sat with influencer Monica Corgan on Sunday. Alongside an image of herself with Kanye, Monica wrote on Instagram, “Forgot to mention…went to see @topgunmovie the other night and sat next to @kanyewest!”

Back in May, Chaney, got the name “Ye” tattooed onto her left wrist in tribute to the “Good Morning” rapper, just weeks after “The Kardashians” star, who has been dating “Saturday Night Live” alum Pete Davidson since October 2021, revealed that her new man had also got a tattoo in her honour.

Kanye was married to the SKIMS founder for seven years, before she filed for divorce in February 2021. Following his high-profile divorce, Kanye dated “Uncut Gems” actress Julia Fox from January until February 2022, and was first spotted with Chaney at a party in Malibu later that month.