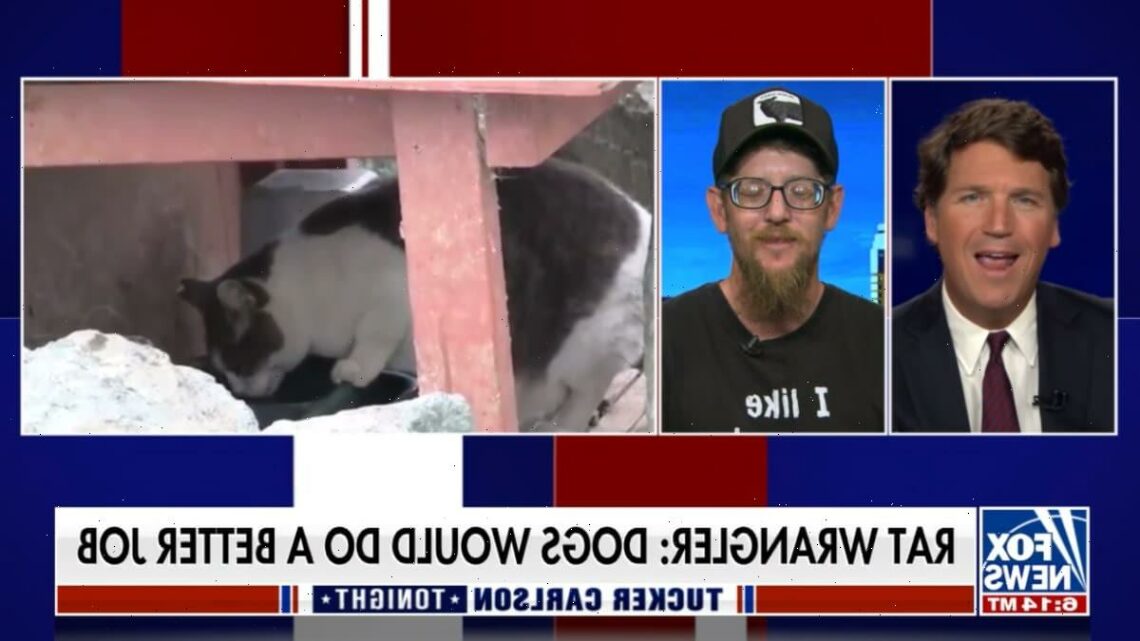 Tucker thinks cats shouldn’t be the ones going after Chicago’s rat problem, apparently

Tucker Carlson apparently has some kind of beef with cats, and on his Fox News show Wednesday night went off on them at length during a bizarre rant about Chicago Mayor Lori Lightfoot about how he thinks her city is falling apart, rat-infested, and full of “physical filth.” And he really laid into cats as inferior to dogs when it comes to hunting rats.

Chicago does have a growing rat problem and pest control company Orkin named it the “rattiest” city for the sixth year in a row last year. An animal shelter in Chicago released roughly 1,000 feral cats for hire onto the streets near businesses and residential areas, hoping they could curb the spread of the rodents.

Tucker thinks that asking cats to do the job is a bad idea, and brought on a guy he called a “rat wrangler” named Jordan Reed to join “Tucker Carlson Tonight” and discuss the topic. Instead of cats, Tucker argued, it should be dogs in charge of hunting down the critters because “anybody deeply familiar with feral cats would know that” dogs are better at catching rats. 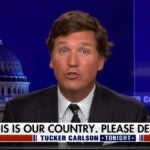 “When you hear of people hiring feral cats to keep rats under control, you chuckle silently to yourself, don’t you, at the ignorance?” Tucker asked Reed.

“And by the way, anybody deeply familiar with feral cats would know that,” Tucker asserted.

Just how “deeply familiar with feral cats” is Tucker? We’re not sure. But later he agreed with Reed that “terriers, or as they were called so long ago in England, ratters, ratting dogs” would be better for the job.

“Do you let your dogs eat them?” Tucker asked Reed excitedly about the rats, but Reed replied that no, his dogs are all trained to drop their prey to avoid accidentally ingesting any diseases or rat poison. Instead, Reed said he and his team either give the rat carcasses to falconers as bird food or compost them.

“Nothing is wasted. Use the whole rat, I like that,” Tucker said, in a phrase we’re pretty sure has never been uttered on Fox News until tonight.

Reed also added that his terrier dogs can catch “well in excess of several hundred” rats in a 3-4 hour span. That is pretty impressive. He also asked Reed “what do your dogs think of it, how proud are they after killing 200 rats in a night?” and Reed said he felt he was “embracing the true nature of the dog.”

Reed is based on the West Coast, though, so it’s unlikely his dogs will be helping with Chicago’s rodent rampage. Well, he might if they give him enough beer.

Check out the full clip above.

Police exchange gunfire with robbery suspect in the Bronx

Will Smith Was Vivica A. Fox's Acting Coach on One of Her Most Iconic Films
Recent Posts