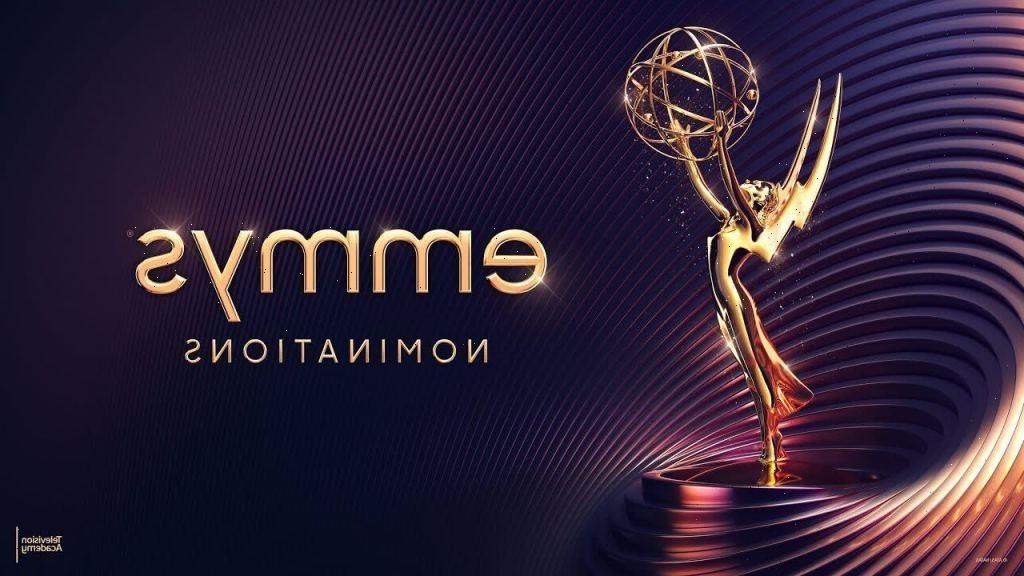 We know who the Emmy nominees are finally, but information on the actual Primetime Emmy Awards show itself, which takes place on NBC on Monday, September 12, is still a work in progress — and that includes any word on who will even be hosting it. This morning, after the nomination announcement, I tried to weed some of that information out of Television Academy chairman and CEO Frank Scherma and president and COO Maury McIntyre, who are hopeful things will look closer to the way they were pre-pandemic than in the past couple of years. when Covid concerns severely limited audience capacity, and KO’d post-ceremony celebrations and the nature of the broadcast itself.

“We’re still having conversations with our production team. And again, I think unfortunately it’s partially the we certainly have plans but then we see the BA.5 variant (rising), so we don’t want to get ahead of ourselves to say here’s our plan and then two weeks later (it is different),” McIntyre said. “Our hope is our plan right now is yes, that we will have a live show with an audience, more than we had last year which as you know had to be just the nominees. It wasn’t even all the nominees and we heard loud and clear that that was of concern,” said McIntyre noting they are very happy with the returning producing team of Reginald Hudlin and Done + Dusted. “But again, we have to wait and as we know more we will tell you, Reggie and the team and NBC have been just phenomenal to work with again this year. There are great plans around it. We’re just we’re not quite ready to share it.” 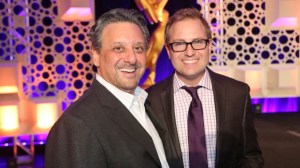 Added Scherma: “Reggie and Done + Dusted had two of the most difficult shows that we as an academy have ever had to deal with, totally in the middle of COVID no audience nobody there and (host and producer) Jimmy Kimmel nailed it with them. And they really figured out how to do a good show. The following year was sort of, ‘okay, what are we going to do?’ We can’t have a full thing, we can have some and they figured that out. So, you know, we’re thrilled to have them back because they’ve been great partners. This time it may not be the same and maybe different. We may be looking at something in three weeks saying, ‘Okay, we can’t do that. We got to do this’. And we found those guys to be great at it.”

The “plan” includes returning to the post Governors Balls for both the Primetime show and the Creative Arts which take place on the Saturday and Sunday night of Labor Day weekend. In fact the TV Academy did indicate in a press calendar six weeks ago that Gala plans were proceeding, and in today’s nominations release noted the show would be back at the Microsoft. “I think that we’ve said we certainly hope that we’re going to be back and that we’d love to be able to do that celebration after the show. But again, you know if in September we have a huge COVID positivity are 3000 people are going to want to be that close together? We don’t know. So, right now, yes, we’re not announcing anything (definitively) but absolutely we are hoping that we will be able to have the show with a live audience and then a huge party afterwards to celebrate what’s been a phenomenal year in television,” McIntyre said.

“I want to get everybody back,” said Scherma. “So let’s just keep our fingers crossed that you know, enough of this variant is just a small cult.”

Why There Weren’t Any Emmy Nominations This Year For ‘The Crown’, ‘The Boys’, ‘The Handmaid’s Tale’ & Others’ 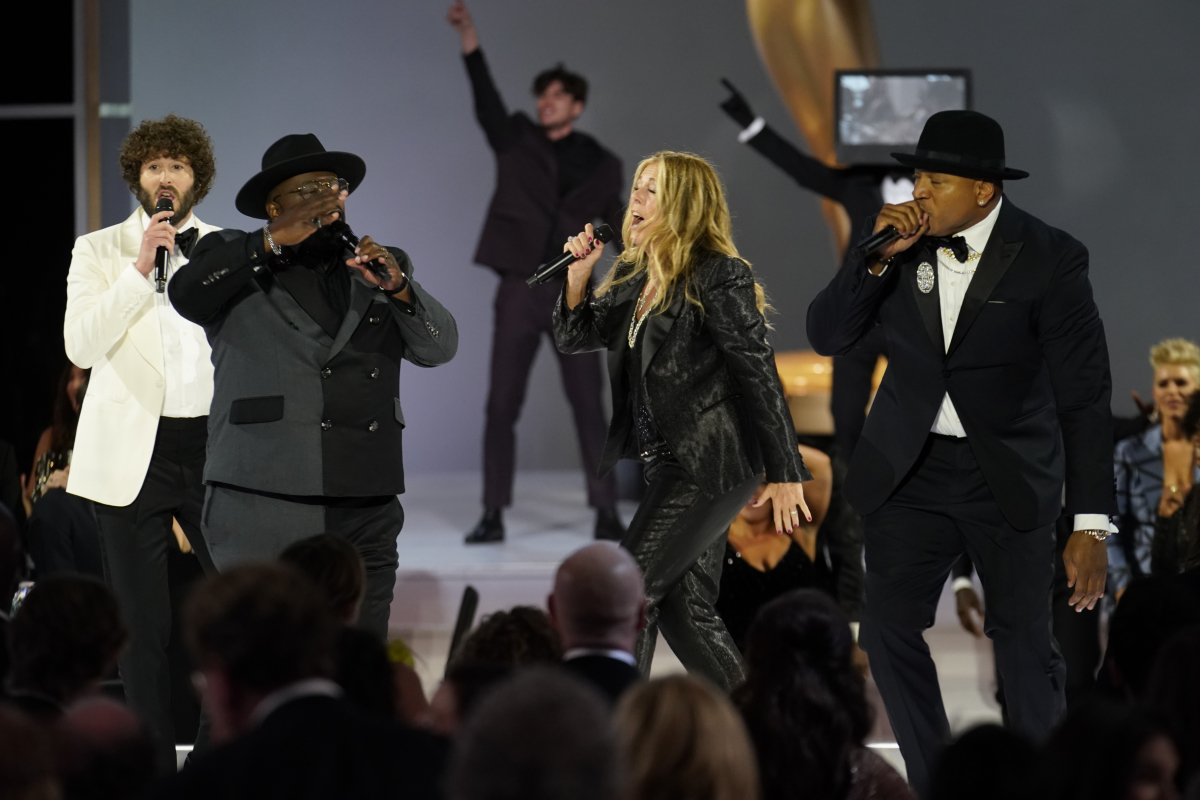 As for a host? Scherma says they are working on it. “We’re trying to figure that out. Right now Reggie and the Done + Dusted team are putting together some creative thoughts for us and getting them to all to us so that we can start looking at how we want to do this with a host or without a host and who would be the host. Those are the same questions we’re asking. So those are the things we want to figure out as well.”

March’s Oscars was once again a nominee this year in the live Variety Special category, and I asked if the now infamous Will Smith incident with Chris Rock has led to any rethink on security concerns and questions for the Emmys should the unthinkable happen again and some unexpected moment arise on their show. 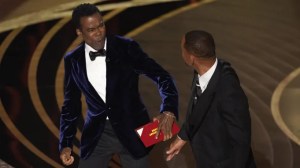 “We’ve been pretty happy around the security of the Emmy shows. I believe (the Oscars) was an anomaly. I can’t imagine that lightning will strike twice, at least in my lifetime. Maybe the next round of Chairman and presidents will have to deal with something like that. I’m not really worried about that. We have smart security. We have people around that make quick decisions,” Schema said adding his company was one of those behind Summer of Soul. “Pete, my company is the one who won the documentary Oscar that Chris Rock was supposed to award right after the slap, so you know I’m very aware of it. And we’re very cognizant of it. And, you know we’ll be on the lookout (for anything) and we’ll just be smart like we always are.” 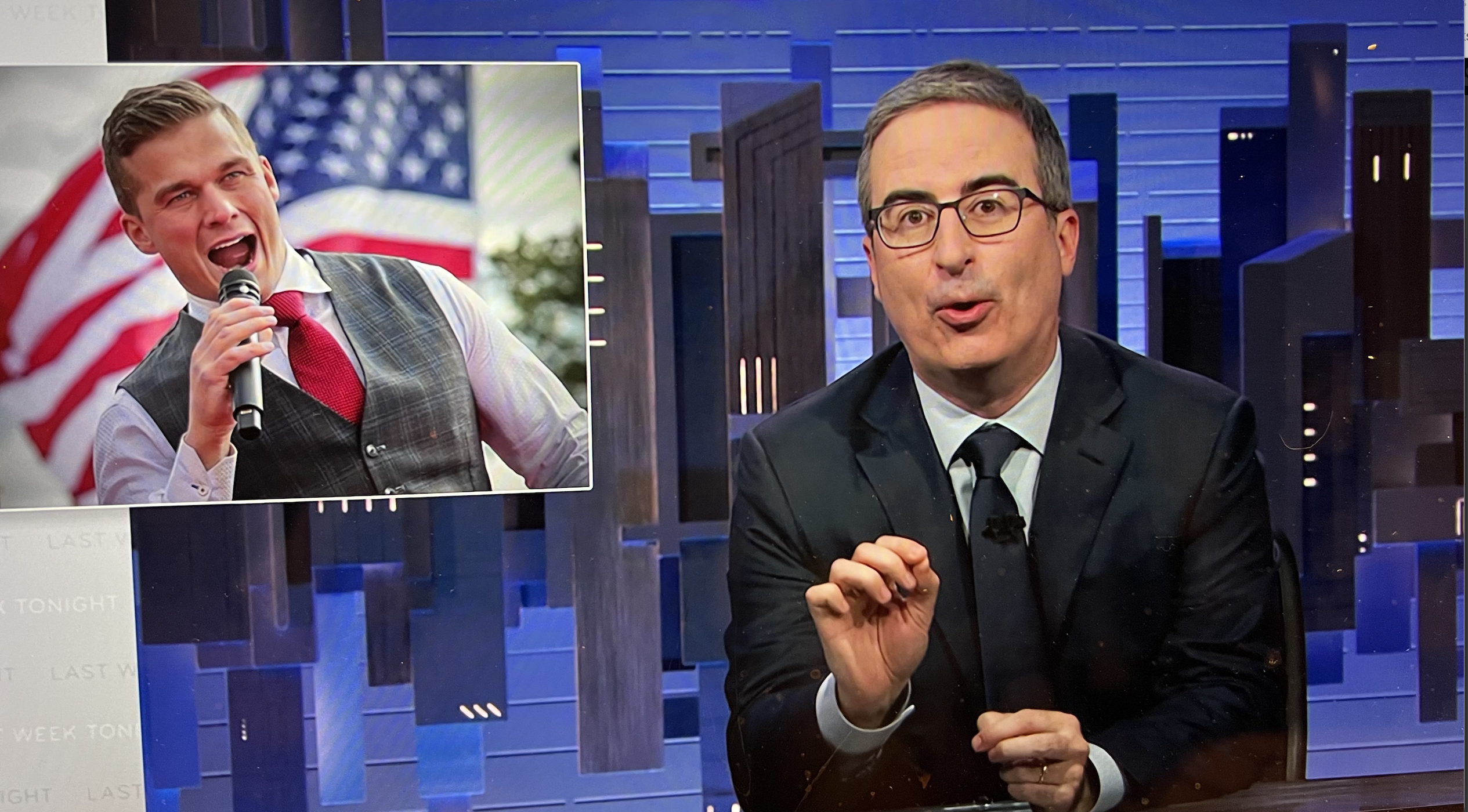 Shortly after voting opened there was some consternation among producers of Variety Talk Shows when it was revealed only 19 shows qualified, one short of hitting the mark where five nominees instead of four would be chosen. The Academy later made an adjustment allowing a fifth nominee once the vote totals were “rounded off”. Once again the five nominees as revealed today include four daily talk shows – those hosted by Seth Meyers, Jimmy Kimmel, Trevor Noah and Stephen Colbert — plus the one weekly show, Last Week with John Oliver, which seems to have a stranglehold on the category and has won the past six years in a row. Recently Ben Winston, producer of The Late Late Show with James Corden told me a group of showrunners had gone to the Academy last year to talk about what they considered to be an unfair situation where a weekly is competing with a daily show and that the Academy has promised to look into it. Still here we are again, so I asked them if there would be any movement toward changing that.

“I think we’re always looking at what’s the best way and what’s the best way to represent the shows that are out there. And you know, that’s one of the things we’ve been trying to do because television continues to keep changing, and we have to change with it,” said Scherma. “So we’re looking at those kinds of things. We understand their concerns, we understand the network’s concern, and it’s something that we’re all looking at… what we do now is very different than what we did 10 or 15 years ago. So we constantly have to look at our rules and constantly have to look at our own words.” 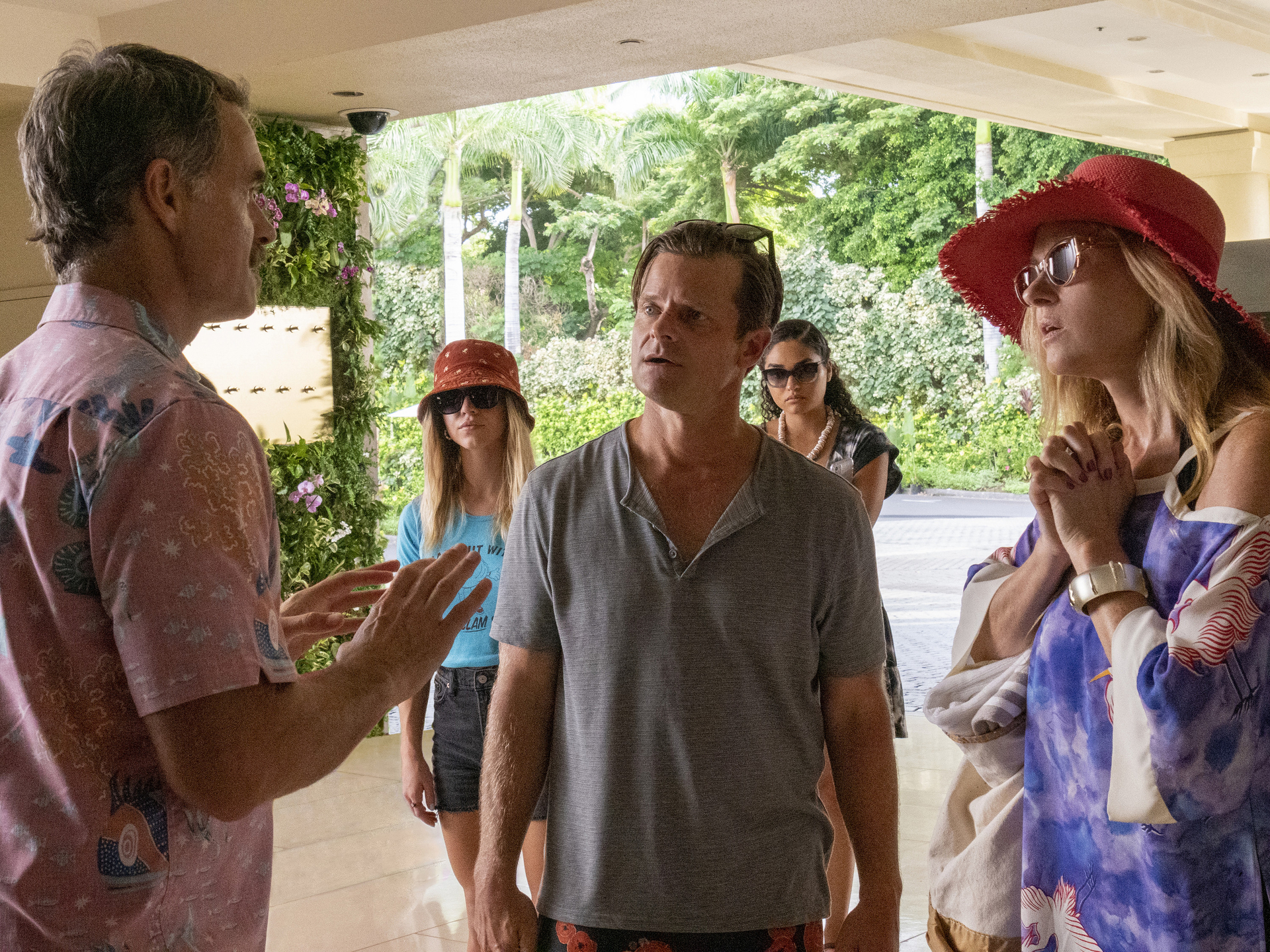 The same goes for some other categories where they admit change could be in the air like Limited Series which unlike Drama and Comedy which expanded to eight nominees each, are still limited to just five and that seems a shame since that area of television has just exploded with quality contenders. “I mean we talk about it all the time. We do and we’d love to be able to recognize more shows,” said Scherma but he noted that scarcity can add more value to the award so you have to balance it. “I think we’ll continue to have that conversation. We certainly saw a large growth in overall limited this year, not just the category but from performers and other areas. And so I think that as you see that, that’s when you do want to do that, we increased comedy and drama so that you are giving more recognition, hopefully to a broader array of programming. We have certainly heard from the limited series camp that they want to increase their numbers.”

But whatever the ultimate numbers, among other things McIntyre explained is that the Academy does not want to be in the business of determining the Emmy totals for networks, studios and streamers, rather they will put out the information and let them deal with how they want to count it. “We’ve realized over the years that that’s not our focus, our focus is on honoring excellence in the programs,” he said. “We didn’t think it was appropriate anymore for us to be in the middle of this. It’s about the show. We’re happy to talk about the show.”

And the Primetime Emmy show airs live September 12 on NBC and will stream live on Peacock for the first time. 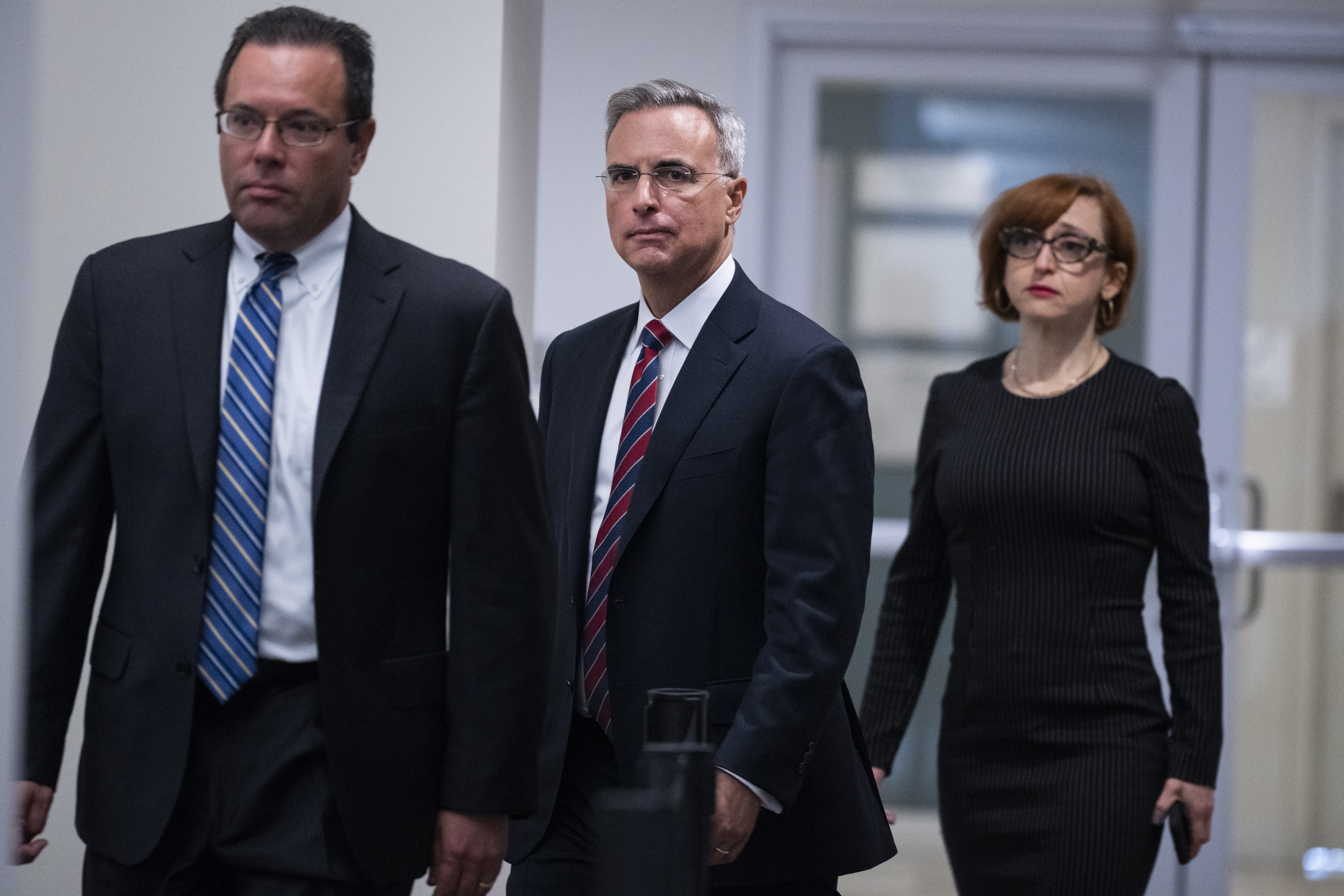 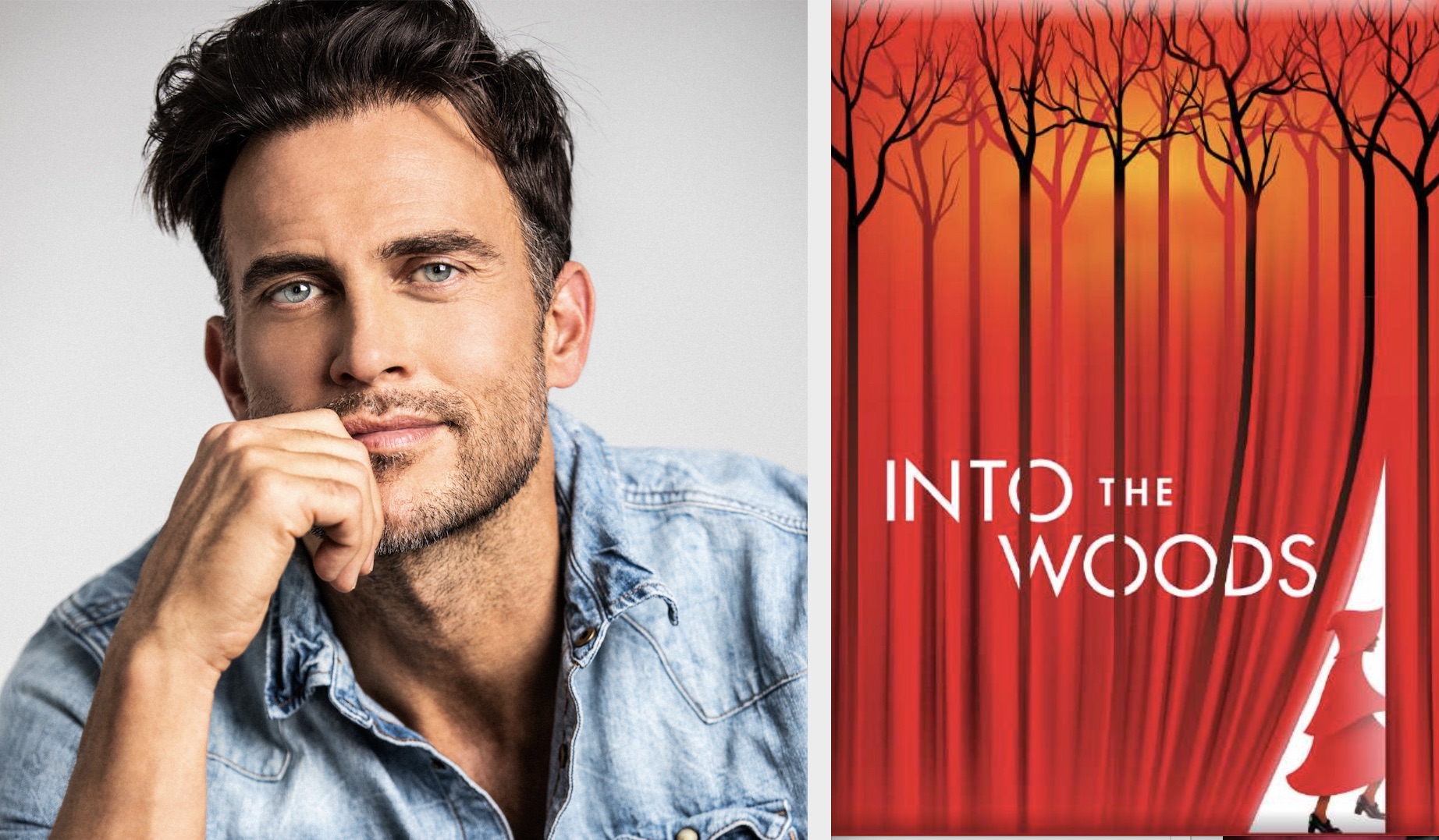 Cavalleria Rusticana and Pagliacci review: Two great operas for the price of one