Home » Twitter Will Flag 'Offensive' Tweets Before You Send Them

Twitter Will Flag 'Offensive' Tweets Before You Send Them

Starting immediately, Twitter will now hit users with a prompt that encourages them “to pause and reconsider a potentially harmful or offensive reply before they hit send.”

What does Twitter consider “potentially harmful and offensive?” That’s not really clear. In its blog post announcing the decision, the company didn’t share any examples of words or phrases that would catch the attention of its internal censors, and company representative declined to share any examples with TheWrap.

Twitter did, however, share a few details about what it’s incorporated into the system that determines when to send a prompt, which you can find below:

The San Francisco-based company also shared an example of the prompt: 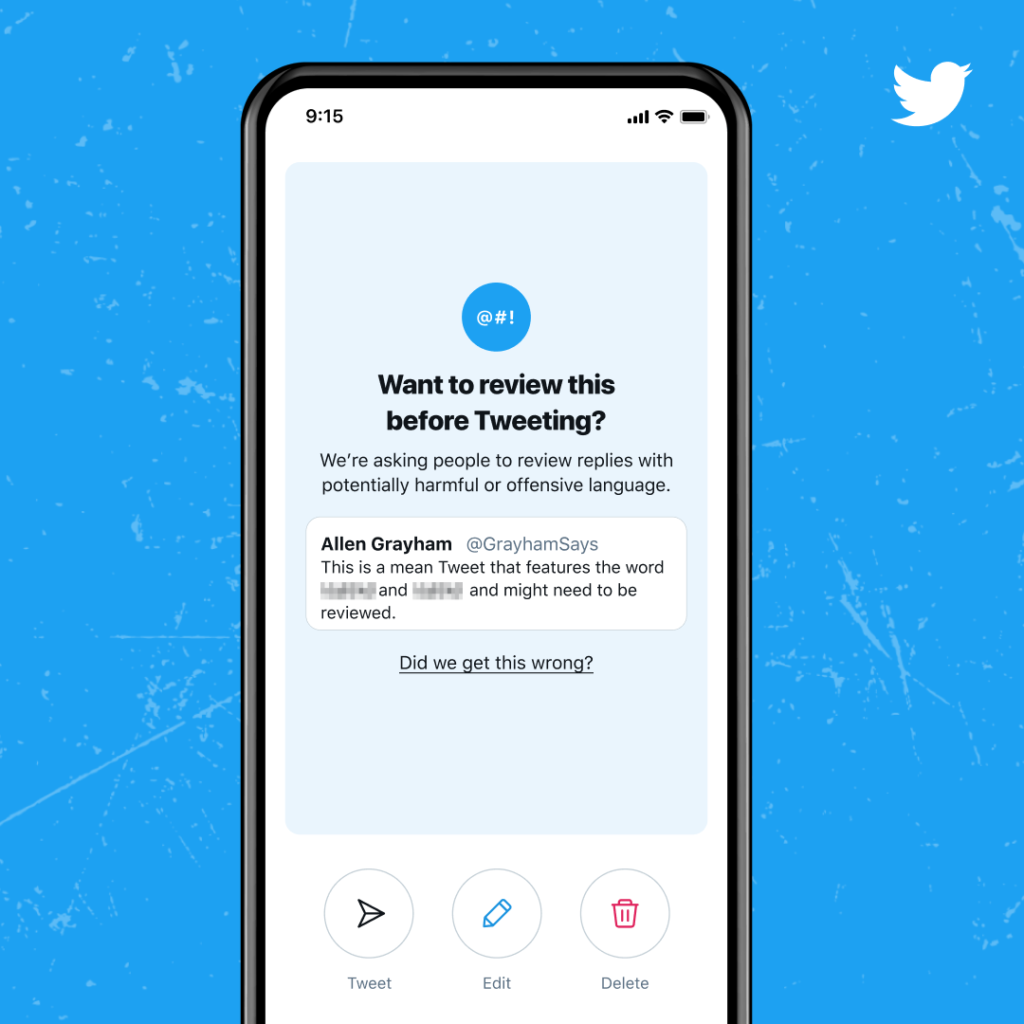 Twitter said the feature has shown promising results in testing; 34% of users revised or decided to scrap a tweet altogether when prompted, and on average, users sent out 11% fewer “offensive” replies after being hit with the prompt for the first time.

If this sounds a bit familiar, that’s because Twitter has leaned on similar measures in recent years to improve what CEO Jack Dorsey calls the “health” of conversations on the app. For example, Twitter started hiding rude tweets at the bottom of reply threads back in 2018. But that apparently wasn’t enough to weed out mean comments on the platform.

What You Need To Know About Peloton’s Treadmill Recall