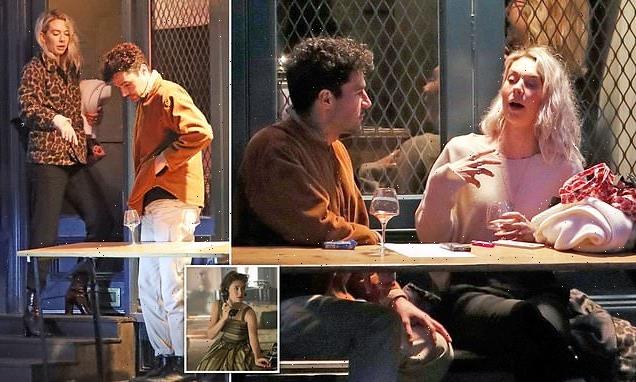 Dating your co-star, Vanessa Kirby? The World to Come actress, 34, is spotted enjoying a cosy evening with Christopher Abbott, 36, at a Soho bar popular with film production staff

They met on the set of a film about forbidden love and both Vanessa Kirby and Christopher Abbott have form for dating their co-stars.

So a sighting of the two enjoying a cosy evening at a trendy Soho bar last week was bound to create a frisson among the people-watchers of London’s Theatreland.

The pair, who met when they played a married couple in 19th Century romantic drama The World To Come in 2020, were deep in conversation at Ducksoup, a bar popular with staff from film production companies. 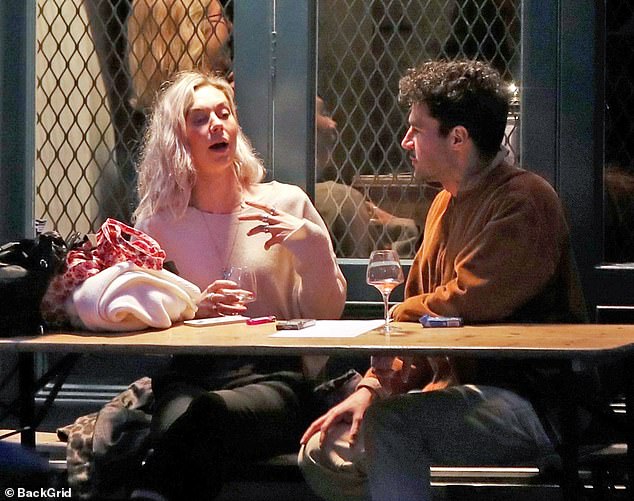 Kirby (left) and Abbott (right) drank and chatted at Ducksoup, a Soho haunt with crew clout

An onlooker said the stars ‘looked super comfortable in each other’s company’ as they drank wine and chatted for a couple of hours at an outside table.

Dressed in a leopard-print jacket and crocodile-leather ankle boots, Ms Kirby, who found fame as Princess Margaret in The Crown, was also seen enjoying a cigarette.

The onlooker said: ‘They were both smoking so were sitting outside. They seemed to be very familiar with one another, they were talking lots and there was the occasional smile.’ 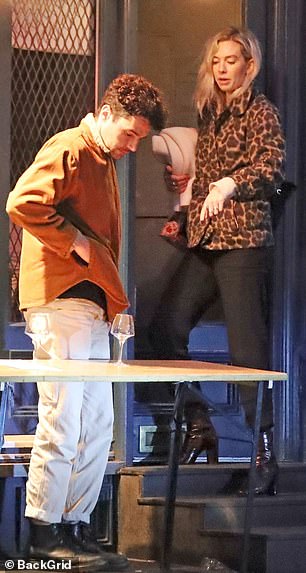 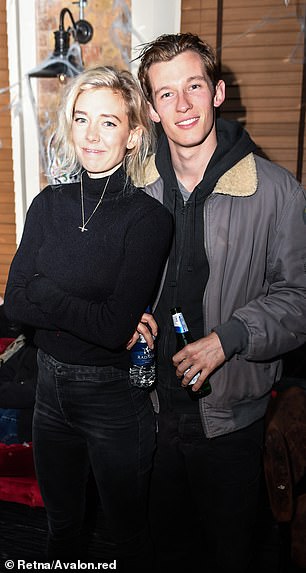 The two are understood to be single, and it is not known if they are romantically involved. However, both have had relationships with co-stars in the past.

Ms Kirby, 34, dated Callum Turner after they starred in 2014’s Queen And Country. They got together a year later but parted in 2020, blaming busy schedules for their split.

Mr Abbott, 36, dated Vanity Fair actress Olivia Cooke whom he met on the set of Katie Says Goodbye in 2016. They split in 2019 and Ms Cooke went on to date EastEnders actor turned Hollywood star Ben Hardy. 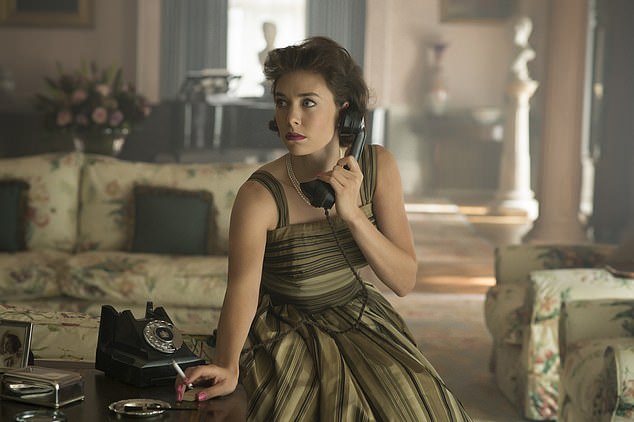 Ms Kirby is a member of a group of young British stars nicknamed the ‘new Primrose Hill set’ after the celebrity enclave in North-West London. She has also dated fellow Great Expectations actor Douglas Booth, a former boyfriend of Lily James.

Her latest role is playing Napoleon’s wife Josephine in a drama for Apple TV+.

Filming on the production, which chronicles Napoleon’s rise to power through his hot-and-cold relationship with his adulterous wife, is taking place in London.

Last year Ms Kirby received her first Oscar nomination for her portrayal of a first-time mother who loses a baby in the movie Pieces Of A Woman.

Shanna Moakler: I 'Understand Why People Are Triggered’ by Matthew Drama