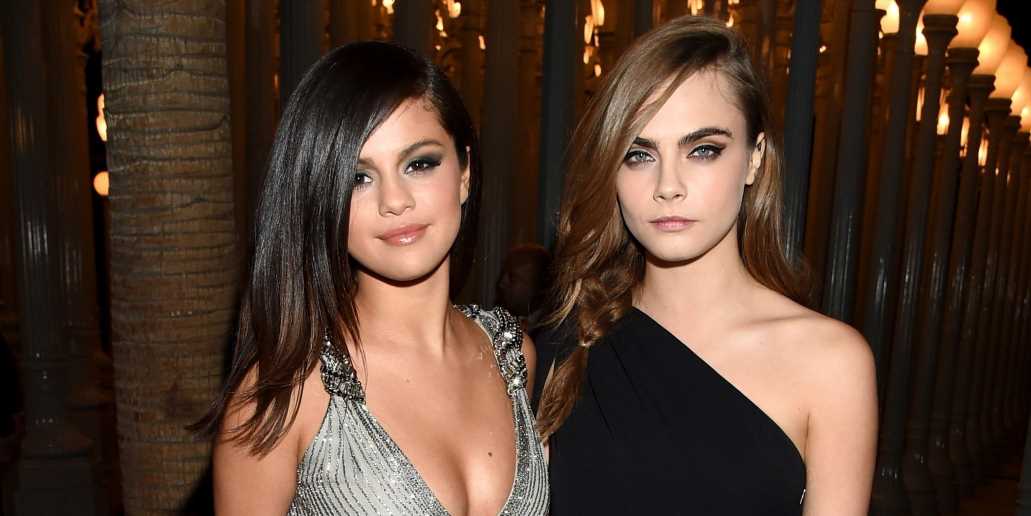 Hello, hi, another Selena Gomez tattoo update for you this morning. In case you missed it, fans recently spent several days spiraling due to Sel’s favorite artist Bang Bang casually posting a photo of her with what appeared to be a huge new back tattoo.

And he finally shared a close-up yesterday, revealing a beautiful watercolor rose.

But update: it looks like supermodel and actress Cara Delevingne got a matching tattoo with her friend. Bang Bang also posted a look at the watercolor rose he tattooed on Cara’s side, captioning it “I had so much fun making these tattoos— thanks for always trusting me Cara🖤Fyi I didn’t tell them til the end that these were my first watercolor tattoos ever.”

Selena and Cara’s friendship goes back years, but they’ve been spending a ton of time together lately thanks to Cara joining the cast of Hulu’s Only Murders in the Building, which stars Selena, Steve Martin, and Martin Short, as residents in a New York City apartment building who get tangled up in a murder mystery. According to The Hollywood Reporter, Cara “will play a character named Alice, who’s described as a sophisticated art world insider who becomes enmeshed in the mystery.”

P.S. While we’re here, if you’re wondering about the roman numerals above Selena’s new tattoo, they’re from a previous session with Bang Bang. The tattoo reads LXXVI (aka 1976), and is her mom Mandy Teefey’s birth date. Bang Bang told E! News that it “was a tribute to a family member who she said means a lot to her. Selena was nervous it might have been painful, so she held her best friend’s hand the whole time. But she did a great job.”