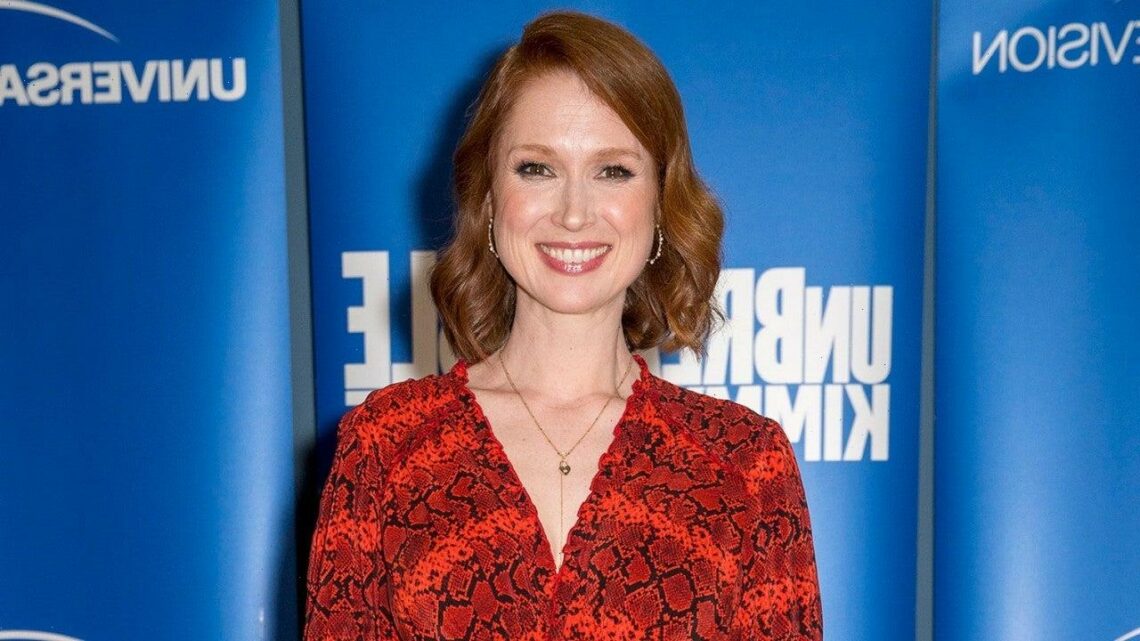 Ellie Kemper drew headlines this week after her past participation in a pageant over 20 years ago resurfaced on social media due to the pageant’s controversial history.

A Twitter user resurfaced a newspaper article about Kemper being crowned the 1999 Queen of Love and Beauty at the Veiled Prophet Ball in St. Louis, Missouri. The Office actress was 19 years old at the time. According to the St. Louis government website, the Veiled Prophet is an organization that was created in 1878 “by white male community leaders” … who “sought to recreate the Mardi Gras type of community-wide celebration.”

But the organization has come under fire due to allegations of racism, and has been met with protests since the ’70s. According to a 2019 article by the St. Louis Post-Dispatch, the members of the organization didn’t include any Black men until 1979. A 2014 Atlantic article that takes a look at the history of the annual Fair Saint Louis — which was formerly called the Veiled Prophet Fair — notes that according to historian Thomas Spencer, the initial purpose of the event was a response to labor unrest in the city involving cooperation between white and Black workers. The Atlantic states that according to Spencer’s book, The St. Louis Veiled Prophet Celebration: Power on Parade 1877-1995, the parade was initially meant “to reinforce the values of the elite on the working class of the city,” and there was also public backlash against “upsetting racial stereotypes depicted on the floats” during the parade.

In a statement to The Huffington Post, the Veiled Prophet Organization vehemently denied it was racist.

“The VP organization is dedicated to civic progress, economic contributions and charitable causes in St. Louis,” the statement reads. “Our organization believes in and promotes inclusion, diversity and equality for this region. We absolutely reject racism and have never partnered or associated with any organization that harbors these beliefs.”

ET has reached out to Kemper’s rep for comment. While Kemper has been under fire on social media for her involvement in the pageant, some Twitter users have also defended her, noting that the Veiled Prophet Organization has no known ties to the KKK despite some calling Kemper names.

“People are falsely saying Ellie Kemper was in a KKK beauty pageant,” one tweet reads. “The org reinforces the racist power structures that birthed it but also it’s not the KKK and was accepting Black members by the 70’s.”

Another comment reads, “Most 19 year olds don’t hardly know any #History, american or otherwise (and ima leave it at that).”

Fauci was warned that COVID-19 may have been ‘engineered,’ emails show
Recent Posts