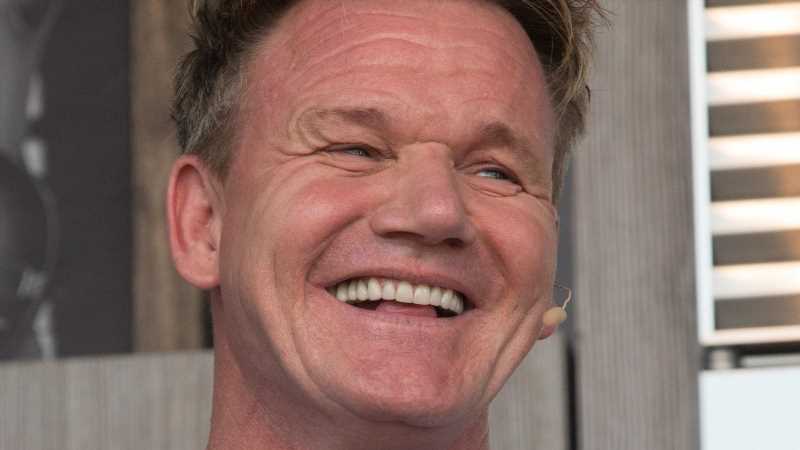 Why Gordon Ramsays Latest Recipe Has The Internet Seeing Red 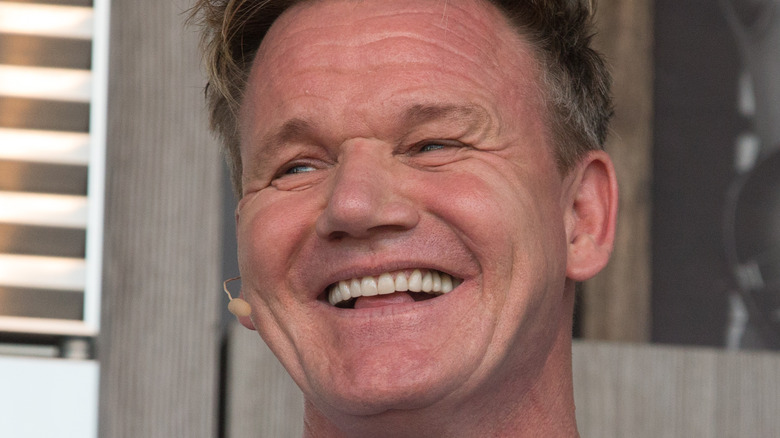 Famed restaurateur and “Hell’s Kitchen” star Gordon Ramsay is known for viciously tearing into aspiring chefs whose dishes don’t meet his impeccable standards. Now he’s the one getting flamed for his version of a beloved national dish.

The chef has been globetrotting and exploring various world cuisines on his new National Geographic show, “Gordon Ramsay: Uncharted.” On a companion YouTube channel, “Scrambled,” he offers quick tutorials on local breakfast dishes such as Texas steak and eggs and Australian sea urchin scrambled eggs.

His latest episode was filmed in Puerto Rico, where he tried his hand at pegao, a meal he described as a “crispy rice dish.” In the video, Ramsay talks about bringing the “beautiful” dish “up to the next level.” He first fries chicken, sausage, onion and garlic in a cast-iron pan to impart flavor, then removes the food, adds oil, and pours in a bowlful of rice and gandules (pigeon peas) to let them toast in the pan before adding the meat back in. He then inverts the rice onto a plate and tops it off with fried eggs. Once again, he proclaiming the dish as beautiful.

However, not everyone agrees.

Rice? Sure. Pegao? No way 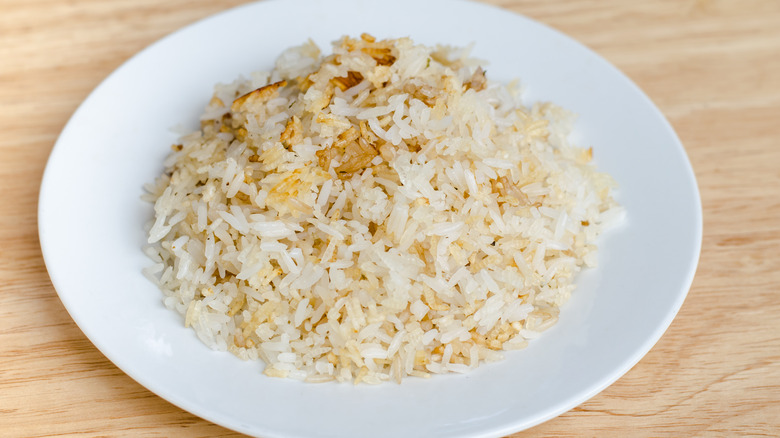 While Gordon Ramsay’s creation may be tasty, lots of viewers pointed out that it bears little resemblance to the actual Puerto Rican dish. Traditional pegao is the slightly burned, crisped rice remaining at the bottom of the pan  – typically aluminum, not cast-iron – after cooking arroz con gandules (“pegao” comes from a Spanish word meaning “stuck”). The scorched part is scraped out and added to the softer rice; it’s considered “the buried treasure” because the crunchy bites are meant to be a savory surprise, not the entire meal. And getting the rice just right requires a finesse that can take years to perfect.

Comments on the video included many references to the dish not resembling their grandmothers’ meals at all. “I’m Puerto Rican and even I dunno what that dish is,” wrote one YouTube subscriber. Another added, “Gordon we love you, but what the hell was that?” One critic laughed, “So Puerto Ricans did the impossible: They made Gordon Ramsay eat leftovers and he actually liked it.”  Another raised eyebrows over Ramsay’s mentions of adding “heat” to the dish, writing, “I think it’s a common misperception that Puerto Rican food is spicy. I imagine because many people assume that anywhere Spanish is spoken, the food will be spicy. Nonetheless, great to see this!”

There was also quite a bit of snarking over the chef’s overuse of olive oil and butter, his repetition of “beautiful,” and his pronunciation of the dish itself. 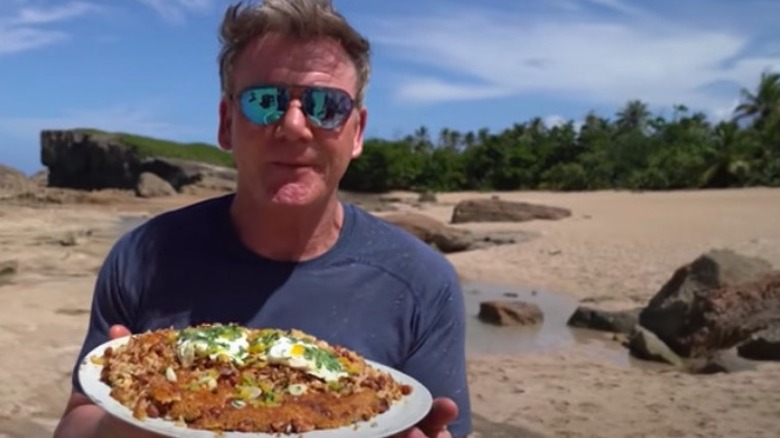 More than just a kitchen fumble, Gordon Ramsay’s attempt at pegao also brought attention to the lack of diversity in the celebrity chef world. “Today” correspondent Alejandra Ramos wrote an essay on the topic for the show’s website, speaking to actual Puerto Rican chefs. They pointed out the absurdity of having a white British chef appropriate their cuisine on national TV while actual Puerto Rican-born chefs rarely, if ever, get that kind of media attention.

Noting Ramsay’s boast about improving the dish, Ramos wrote, “For those of us whose cuisines are regularly deemed ‘ethnic’ or ‘other,’ the word ‘elevate’ already serves as a red flag. Why does the cuisine need elevating? And why would a non-expert in the cuisine think they can make it better?”

Ramos also called out the show’s misrepresentation of Puerto Rican life and culture; for instance, the full “Uncharted” episode showed almost no women on “an island where much of the food and traditions are prepared and shared by our mamás, tías and abuelas.” It showed Ramsay doing daredevil stunts in remote areas to find food instead of showing how most islanders live and eat (and how the devastation of Hurricane Maria is still affecting them).

The journalist concluded with a call to recognize that complaints, like the pegao dish, “[aren’t] really about ingredient amounts or technique. It’s about representation. It’s about respect. It’s about the right that we all, as residents of this Earth, have to be seen, honored, and heard.”

Jets will hold joint practices with Packers in Green Bay