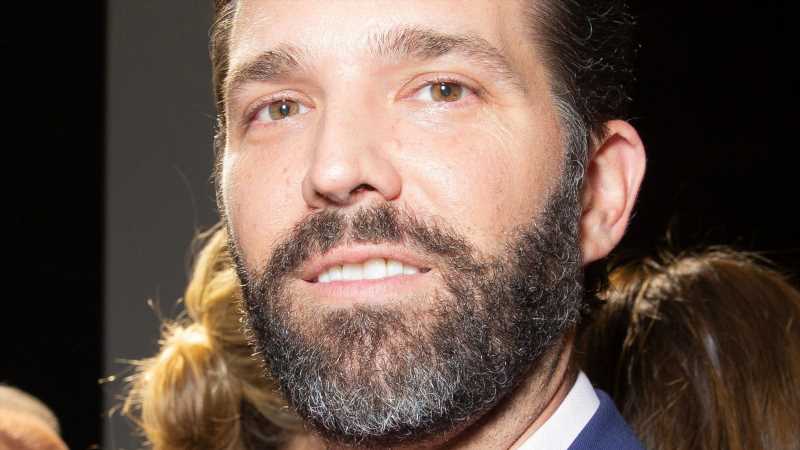 Why Is Donald Trump Jr. Facing Backlash Over Joe Biden?

Donald Trump Jr. has been an ongoing critic of President Joe Biden. In fact, headlines leave an extended paper trail regarding his censure of Biden following his father, Donald Trump’s departure from the White House. At the 2020 Republican National Convention, Trump Jr. slammed Biden while praising his father, claiming that the Republican party under his father’s lead is “open to everyone,” according to the BBC. In March, Trump Jr. shared a video on Twitter mocking Biden for stumbling on the steps of Air Force One, per Business Insider, and the video joked that Biden had been knocked down by Donald Trump’s golf balls.

In June, Trump Jr. shared another video to Twitter where he mocked Biden during a summit with Russian president Vladimir Putin, per OK! Magazine. As the outlet notes, Trump Jr. was roasted for his video on social media. Well, this seems to be a pattern for Trump Jr. because he derided Biden again on the platform and is facing serious backlash. Here’s what’s going on. 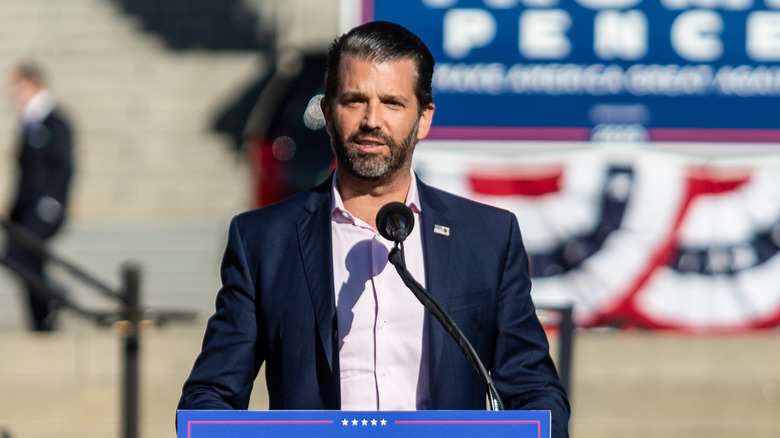 In late August, President Joe Biden made a statement regarding the August 27 attack outside of the Kabul airport in Afghanistan. The attack killed 13 U.S. service members, according to CNBC, and left 18 wounded. Biden paid tribute in a statement: “We will not forgive. We will not forget. We will hunt you down and make you pay,” and asked everyone to join him in a moment of silence to remember the troops, according to Indy100. In the minute of silence, Biden lowered his head and clasped his hands together.

Donald Trump Jr. jumped on Twitter, sharing a photo of the president at that moment and captioned it: “This is what weakness looks like.” His attempted criticism backfired and people came back to call out Trump Jr. for what many deemed a “tasteless and profoundly ridiculous” comment, per Indy100. “No,” one Twitter user wrote back, “This is what a compassionate, decent president looks like when he actually feels the pain of the families who lost their loved ones.” Someone else said: “[I]t’s the look of someone thinking before they speak. [N]o wonder it seems so strange to you.”

“It’s what true character and compassion looks like, Donny,” another person chimed in. “We’re not surprised you’re unable to recognize it.” His cousin, Mary Trump, also jumped in, sharing the same photo of Biden with the caption: “This is what humanity looks like.” Clearly, Trump Jr.’s jab at Biden did not go as planned.